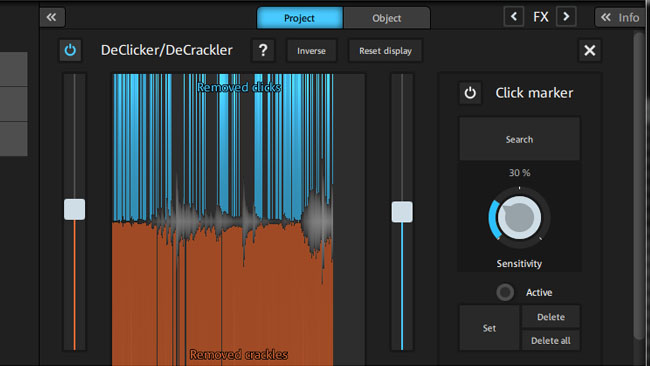 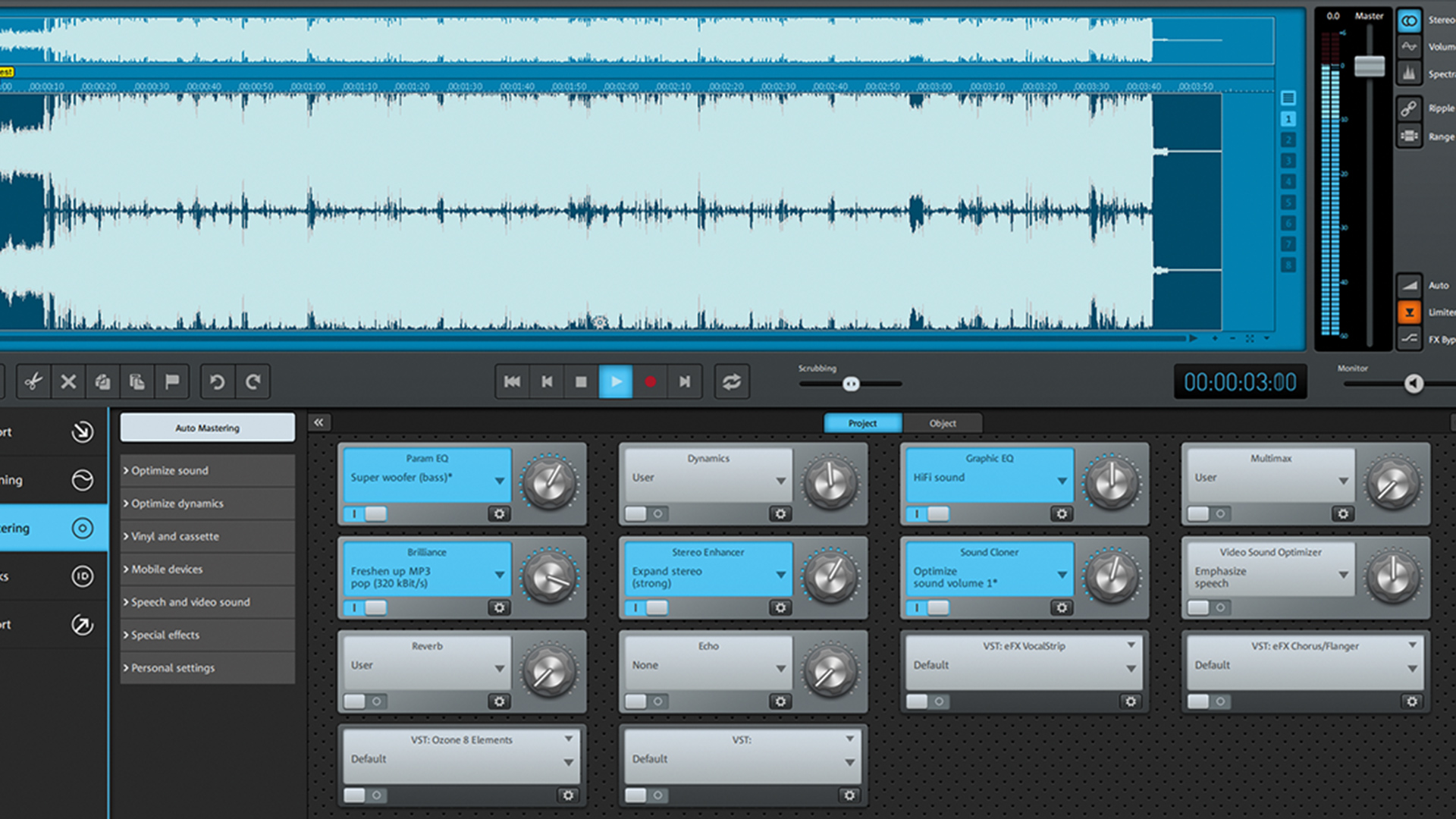 Review: Sound Forge is a piece of software or, perhaps better, a family of software, with a history so long that early versions could be run under Windows 3.1. Phil Rhodes takes a look at Sound Forge Audio Cleaning Lab, an offshoot designed for, you've guessed it, cleaning up your audio.

Sound Forge has been through three owners. The original creators Sonic Foundry sold it in 2003 to Sony Creative Software, which was created specifically for the purpose. Most recently, Sony sold it to Magix, a German company which now develops Vegas Pro, Acid Pro and Sound Forge among several other things. The software and its various siblings have always occupied a slightly unusual market position, with the original cut-down Sound Forge LE version (now Sound Forge Audio Studio) aimed at — and priced for — the domestic market, while the full version is a hugely capable audio edit and manipulation tool that sells for about US$400. 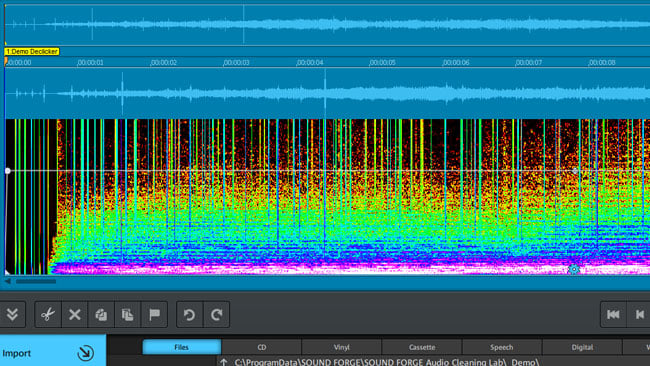 A variety of associated tools have been available throughout Sound Forge’s existence and the one we’re looking at today is called the Audio Cleaning Lab. Selling for an affordable £79.99 in the UK at the time of writing, it’s intended to clean up audio from slightly dubious quality sources such as LPs and cassettes among many other things. The UI gives us a step-by-step approach to loading, processing, mastering and outputting files to various formats (including writing CDs, if anyone remembers those) plus MP3 files or direct uploads to places like Soundcloud or YouTube. 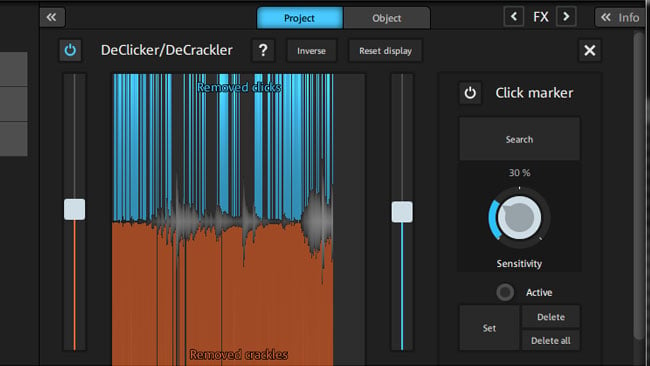 Preprocessing the audio provides a quick look at the problems to be removed, or to put it another way, how bad things are

The Cleaning Lab separates filters into those intended for “cleaning” and for “mastering” with perhaps the most convincing cleanup tools being those targeting click and crackle on LPs. Some of it is implemented as VST plugins and more can be loaded. Overall, it’s hard to shake the impression that Magix is targeting the sort of people who shun compression and keep an entire music collection as uncompressed wave files. There are, among many other things, options to “freshen up” various types of audio, including that stored as MP3 at various bitrates.

This feature is perhaps a bit ambitious. Presets are included which are intended to operate on 320kbps MP3 files which are generally pretty transparent to begin with, and how well it works is a matter of opinion. If there were an unequivocal way to undo any or all of the damage caused by MP3 compression, it would presumably have been included in MP3 decoders, but the Cleaning Lab’s approach seems to add back at least a little bit of detail, probably just with a bit of nonlinear equalisation. 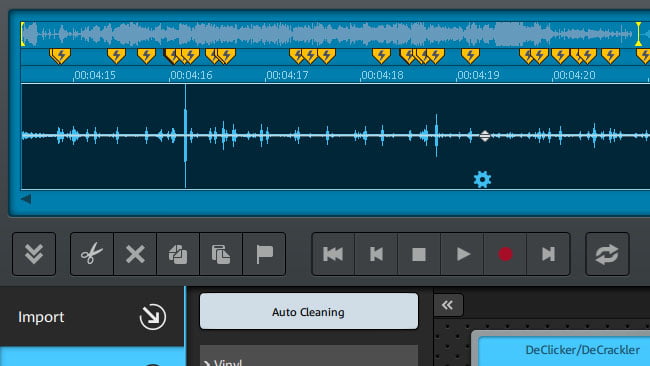 The star of the show is the LP click and crackle recovery, the effectiveness of which is definitely not a matter of opinion. It works well and without unduly affecting high-frequency detail. It’s been possible to do things somewhat like this for a while. Turntable clicks are reasonably detectable as sudden sharp rises in level and techniques for isolating and suppressing them have been around for a while. The filters offered in Cleaning Lab seem well configured with both click and crackle removal and some LP-specific rumble filtering which works particularly nicely on orchestral recordings with quiet passages (sadly, rights issues concerns make it difficult to upload examples, although it really shouldn’t).

LPs can have rather strange – well, limited – stereo imaging, due to the limited separation between the left and right channels, which somehow makes the results identifiable as LP-originated, but the cleanup works nicely and there are some stereo matrix filters that can help separate things out a bit better. Control over these and other filters is particularly nicely done. Presets are easy to select but anyone wanting to get into the details can open up a proper settings panel for each one and optimise things to their hearts’ desire. For a quick result, there is an auto-analysis button which proposes settings for the hiss, noise click and crackle removal based on an analysis of the audio. It seemed perhaps a little heavy-handed, but there are sliders to rein it in a little before committing to any changes. 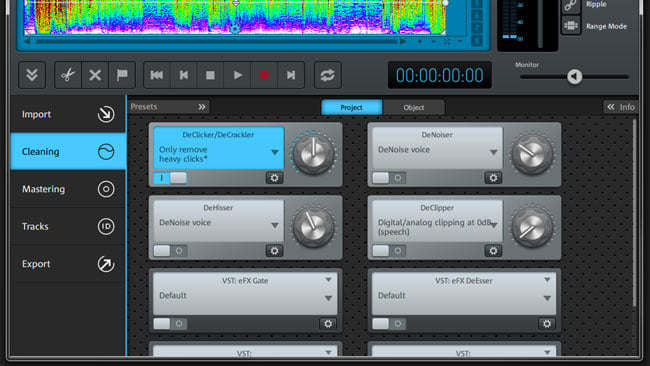 Probably the most capable part of the software is an editable spectrographic view. Spectrograms have always been a good way to see crackle as huge vertical spikes. Spectrographic editing of sound has become a common but very powerful way of deleting inconvenient noises and is particularly good at removing electronic sounds such as bleeps and sirens which tend to be fairly well isolated in terms of their frequency content. Probably someone interested in this level of blow-by-blow audio editing would want to go for at least the Audio Studio version of Sound Forge, but the capability is, of course, very relevant to cleaning things up.

In some ways, it’s difficult to summarise software like this because it’s relevant to different people doing different work. An enthusiast of classic LPs who wants to clean things up before listening to them as MP3s might find this useful. So might someone involved in preparing old recordings for upload to a streaming music service. So might a documentary filmmaker using old recordings. Since the full Sound Forge is many times the price, it doesn’t seem to be salami-slicing the market too much. Cleaning Lab is not so much looking for an audience, it’s looking for a large number of small individual audiences and there’s nothing wrong with that.