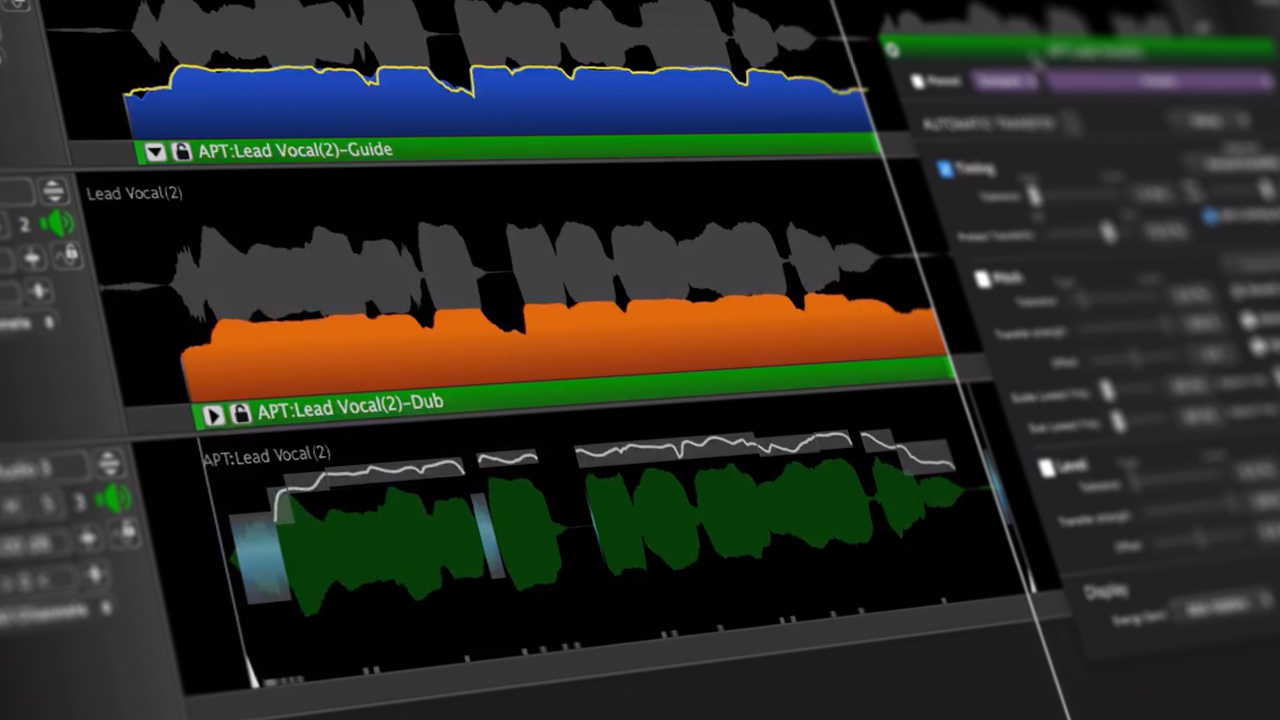 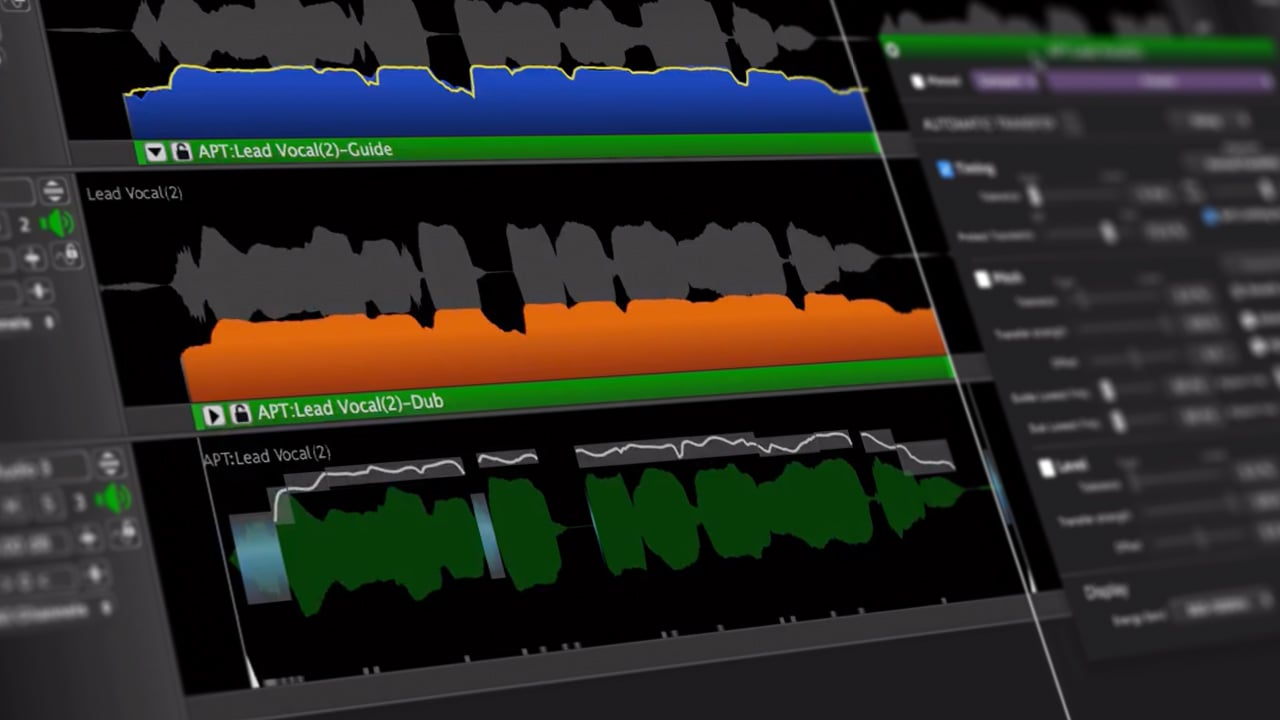 Review: We give highly featured audio pitch and retiming software Revoice Pro 4 from Synchro Arts a good run through. Should this be an essential part of your audio toolkit? Read on to find out.

Audio professionals around the world use Revoice Pro for adjustment and alignment of vocals, instruments and ADR, as well as double track generation. I tested the app using several recordings from audio as well as video sources.

Revoice Pro 4 is Synchro Arts’ latest version of an app that not only can be used for ADR and synchronisation, but also for creating double tracks from one input signal, changing time and pitch modulation for creative usage, manually and automatically changing time and pitch of voice and monophonic instrument recordings, and for spectrum analysis.

The app offers tools for DAWs like Pro Tools, Logic Pro X, Studio One, Cubase and many others, and it will work with those NLEs that provide the timecode Revoice Pro needs. Failing the latter, you can load your in-camera audio in your DAW and take it from there.

Revoice Pro aligns signals based on energy – pitch as well as volume – and that makes it more efficient than the often used PluralEyes for aligning in-camera audio with ex-camera sound.

Revoice Pro not only has better alignment, but it also supports other processes. For example, it lets you control what a synchronised signal will sound like exactly.

So, filmmakers and video creators will like to use Revoice Pro to sync alternative takes or wild tracks and perform ADR to a production dialogue. In addition, they can transfer intonation patterns from one take to another, even with a director’s audio input.

Examples of Revoice Pro in both video and audio environments include the creation of "tight" double (or multiple) tracks from multiple takes, the modification of the inflexion of spoken phrases from one actor's take to match another take of the same or a different actor, and the creation of multiple realistic double tracks from a single input track.

To master Revoice Pro 4 you’ll need some time. Especially when you start using the app, it pays to first read the user guide to get the results you’re after, because you can process a single file in multiple ways – perhaps synchronising it with a second file, changing the pitch and doubling areas of it. 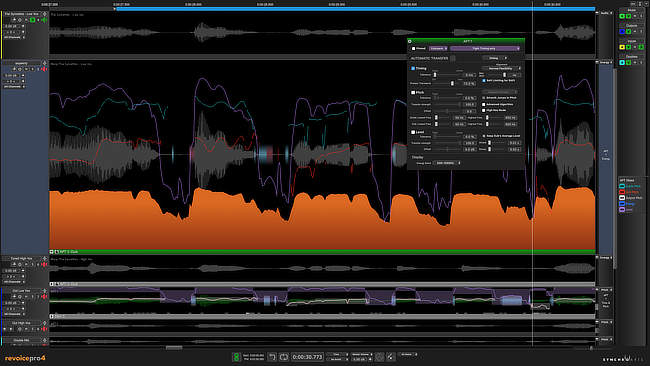 Revoice Pro 4 supports this in one fluent movement with its multi-processing capabilities and “region-based processing” approach. And you can lock/protect those areas on a track that you want to leave alone just as easily.

I tried all of that, but the first thing I tested was using Revoice Pro to synchronise signals between in-camera audio and a track from a field recorder. I decided to export the audio from the Final Cut Pro X timeline into a separate audio file, drag it to Revoice Pro from the Desktop and adding the audio recorder file as the “dub” track.

This is a very simple example of how you could use Revoice Pro, but it can solve many other, more disturbing problems. For example, I tested the same synchronisation process with an audio recorder file where the signal not only differed at the start but also drifted out of sync further down the recording.

I found that it will even work when a 3-minute audio signal drifts out-of-sync a full five seconds. When I tried that, Revoice Pro synchronised the two at the start of the recording, let me set the timing of the result to a different alignment mode and recalculated the outcome so that I ended up with two perfectly aligned clips over the entire duration, but at the same pitch as the original.

And that’s not all Revoice Pro enables you to do. For example, you can start and stop edits where you want along the audio track, using Protected Areas. This is the protection feature I mentioned earlier, and which I personally find one of the most important features of the app. Protected Areas allow you to protect pitch, timing or both in specific areas of the signal. In the test with the five-second drift, I used protected areas where I saw the actor talking so that visual and audible ‘signals’ were lining up perfectly.

Revoice Pro lets you process parts of audio signals differently from others as well. For example, by selecting only part of a track and adding a new process to the same output track, you can create Process Control Blocks. These actually create a different effect per block of audio anywhere you want on the track.

In short, Revoice Pro 4 may not be the easiest app to learn, but it’s one of those rare tools that solve a problem so well, it’s worth reading the user guide.

For more information visit the Synchro Arts website. The software currently has 30% off until December 16th.