The important role early electronic music played in The Innocents (1961) 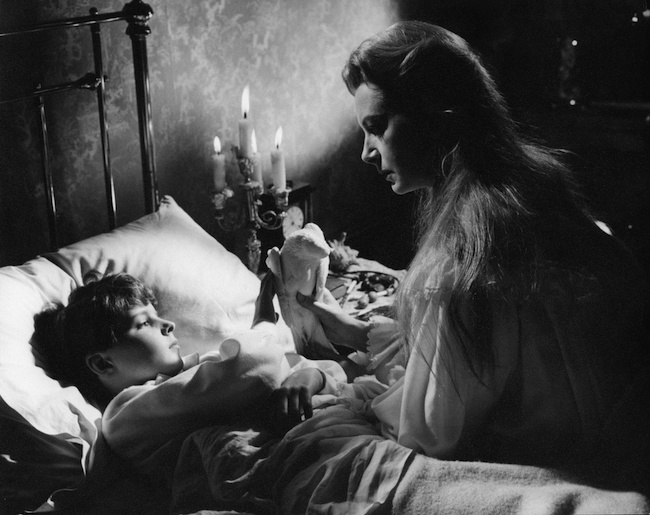 Deborah Kerr and Peter Wyngarde in The Innocents (1961)

Henry James' 1898 psychological novella The Turn of the Screw does not make clear whether the unexplained events and manifestations the central character witnesses are genuine or imagined. Film adaptations of the story tend more towards the supernatural. The Innocents (1961) features malevolent spirits but plays with the idea that it could all be in the head of naive governess Miss Giddens. Kevin Hilton dissects the soundtrack of the classic film.

The sense of uncertainty and otherworldliness is underpinned by unsettling sounds and effective use of electronic music and effects.

Directed by Jack Clayton, The Innocents follows the inexperienced Miss Giddens (Deborah Kerr) as she takes up the position of tutor to two orphans, whose rich but selfish uncle and guardian (Michael Redgrave) prefers to stay in London rather than look after them at his crumbling country estate, Bly House.

An ethereal atmosphere is established from the start, with a solo voice singing, merging into birdsong, suitably low-key music and a woman sobbing. During a perfunctory interview with the uncle, Miss Giddens learns that her predecessor, Miss Jessel, died in tragic circumstances.

Undaunted by this, Miss Giddens sets off for Bly in an optimistic mood. George Auric's score takes a jaunty turn to support this but sinister undertones creep in as the old house comes into view. With nobody to meet her, Miss Giddens wanders around the grounds. On coming to a lake, she hears a woman's voice call the name Flora and then sees the reflection of a young girl in the water. This is almost a manifestation, but Flora turns out to be real and one of the governess' charges.

Kindly housekeeper Mrs Grose (Megs Jenkins) welcomes the new arrival but says she did not call out for Flora. Soon after, Flora's brother Miles returns from boarding school, dismissed for "corrupt behaviour". Played by Martin Stephens, the leading child actor of the time, Miles is a deeply troubling presence who seems to speak with the voice of someone much older.

This becomes apparent on Miles' first night home, with the wind in the background rising and causing windows to bang shut. This use of natural sound to create sympathetic background gives way to more manufactured effects through electronic treatments created by an uncredited Daphne Oram, co-founder of the BBC Radiophonic Workshop.

Oram's work first appears while Miss Giddens is walking in the garden, with birds singing in the background. The birdsong stops abruptly and, as she looks up and sees a figure in a tower of the house, ringing and slowed down tones and oscillations take over the soundtrack. From this point, electronics are used more frequently in conjunction with sound effects and music to heighten the growing sense of unease and, ultimately, horror.

As Miles rides a pony in an increasingly reckless fashion, the noise of hoofs and the wind in the trees combine with brass-based music and insistent, throbbing electronic motifs. In this heightened atmosphere, Miss Giddens finds a photograph of a saturnine, brooding man, who later appears to her at a window. Mrs Grose reveals that this is Peter Quint (Peter Wyngarde), a valet who had an abusive relationship with Miss Jessel, who killed herself after his accidental death.

This revelation, again from Mrs Grose, is accompanied by electronic embellishments, which are more effects than music. Miss Giddens later has a dream in which voices are distorted and slowed down, birds' wings beat and tinkly, echoing music plays. Convinced that the children have been possessed by the spirits of the dead lovers, Miss Giddens wanders the corridors at night. The extraordinary cinematography by master of black and white Freddie Francis allows Deborah Kerr to appear startlingly out of the darkness; as she does, a man's heavily reverberated voice is heard, falling away in electronic decay through layers of echo. 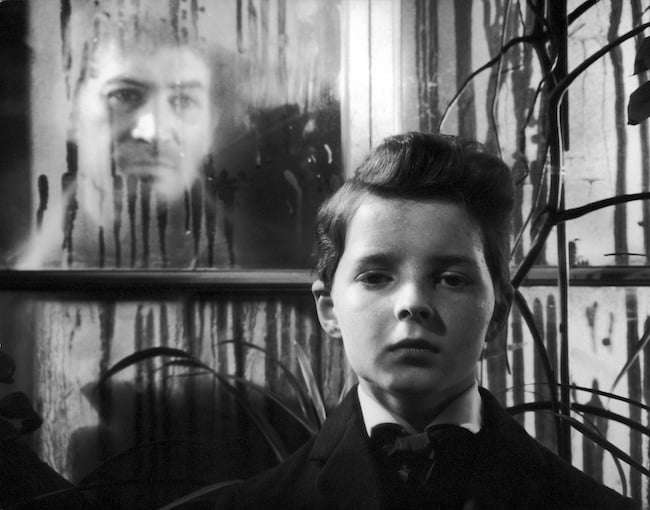 These sounds build until they sound almost like a siren, driving Miss Giddens to run away. Her fear - or mental breakdown - grows stronger when Miles kisses her on the lips, with a faint electronic effect. The governess then finds Flora by the lake during a building storm. Thunder breaks around them as Miss Jessel appears; although she claims not to see her, Flora has a piercing screaming fit.

Oram's electronics become more musical, playing unsettling chords as the little girl talks "filth" in a scene that predates The Exorcist. After this, Mrs Grose and Flora leave, the door slamming shut with portentous reverberation. Later, Miss Giddens is alone with Miles in the hothouse, the sound of peacocks calling out in the background adding to the preternatural atmosphere.

Quint is seen at the window and then reappears in the room as electronic pulses play. Miles says Quint's name, banishing the apparition from reality, and then collapses. Birds begin to sing, suggesting a return to nature and normality, despite the unnatural and abnormal - in sound and vision - taking a heavy toll on the living.