There's a lot to like about Universal Audio's Arrow audio interface 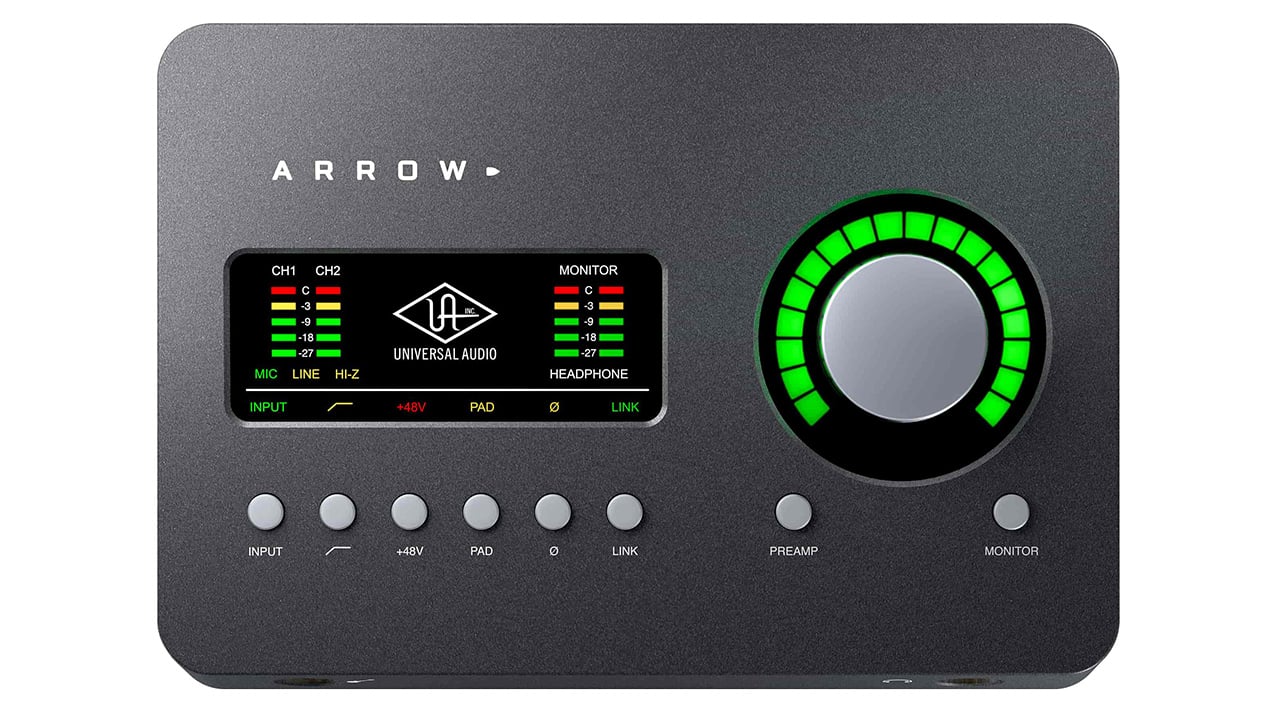 Arrow, the newest audio interface by Universal Audio offers ultra-low latency input monitoring and has a Digital Signal Processor (DSP) on board. The Arrow accepts one Unison and up to five common plug-ins from Universal Audio’s plug-in library. The device can be had for around €499.

The Arrow is the world’s first Thunderbolt 3-powered desktop recording audio interface for Mac and Windows that delivers class-leading audio conversion (the built-in DAC, for example, is rumoured to be the same high-end 32-bit Sabre model as used in Apogee’s products), two Unison mic preamps, a Hi-Z instrument input and a considerable starters’ suite of onboard UAD plug-ins.

The Arrow has a smart design, a 2x4 interface, which comes with features derived from the company’s flagship Apollo interface range – it should sonically outperform anything in its class. It has a built-in UAD-2 SOLO Core DSP processor.

I first tried Arrow without any of the features that make it truly unique. Used “as is”, the Arrow is a fine audio interface. Its preamps are top-notch, with great clarity and no audible colouration whatsoever.

But it is when you monitor the input that the Arrow’s pedigree becomes apparent. You’re advised to turn software monitoring off, which I did. This allows the Arrow and its Console app to take over input monitoring completely and it works brilliantly. The latency is less than 2ms.

In Logic Pro X, I got no less than 10 input channels to choose from. Those actually also include software outputs, because you can route Logic’s output to a Console input and then out again – e.g. with plug-ins loaded – via another channel to Logic. There’s one thing to note: the software-based channels only work with a sample rate of less than 176kHz.

The most famous feature of UAD devices is plug-in processing. UAD plug-ins aren’t processed by your computer’s CPU, but by the audio interface itself. With the Arrow, the Console app lets you play with up to five slots in all, but you need to choose carefully, as some Unison plug-ins consume more DSP power than others.

Unison-enabled UAD preamp, guitar amp and pedal plug-ins reconfigure the physical input impedance, gain staging response and other parameters of Arrow’s mic preamp hardware to match the design characteristics of the emulated preamp or pedal. With Unison plug-ins you get access to gain staging.

Gain staging involves setting the gain for each amplification stage in a sound system to achieve a target system volume that gets you the best signal-to-noise ratio. On the UA 610-B Unison preamp plug-in, three stages are yours to control using the Arrow. 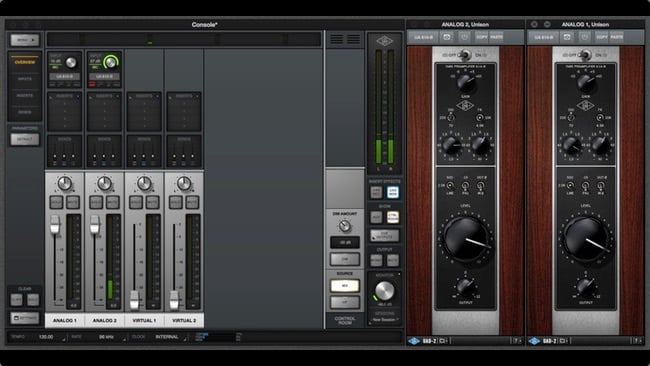 Now, all of this comes with coloured visual feedback on the unit, with the ability to monitor the results without any latency and the ability to only hear it on the monitors or headphones or route it to your DAW or NLE.

Another exceptional feature of the tightly integrated Arrow/Console system is the separate headphone cue mix bus, which can be used with per-input sends to ensure performers hear more of themselves. It’s something that you associate with a full-blown music recording studio, not with a “simple” audio interface.

So, yes, I admit it, I’m enchanted by the Arrow. It’s a superb piece of gear for making music and recording audio of any kind and it doesn’t matter whether it’s a music CD or a soundtrack you’re recording.