How to set up a neutral-sounding edit room with IK Multimedia's ARC 2.5 system 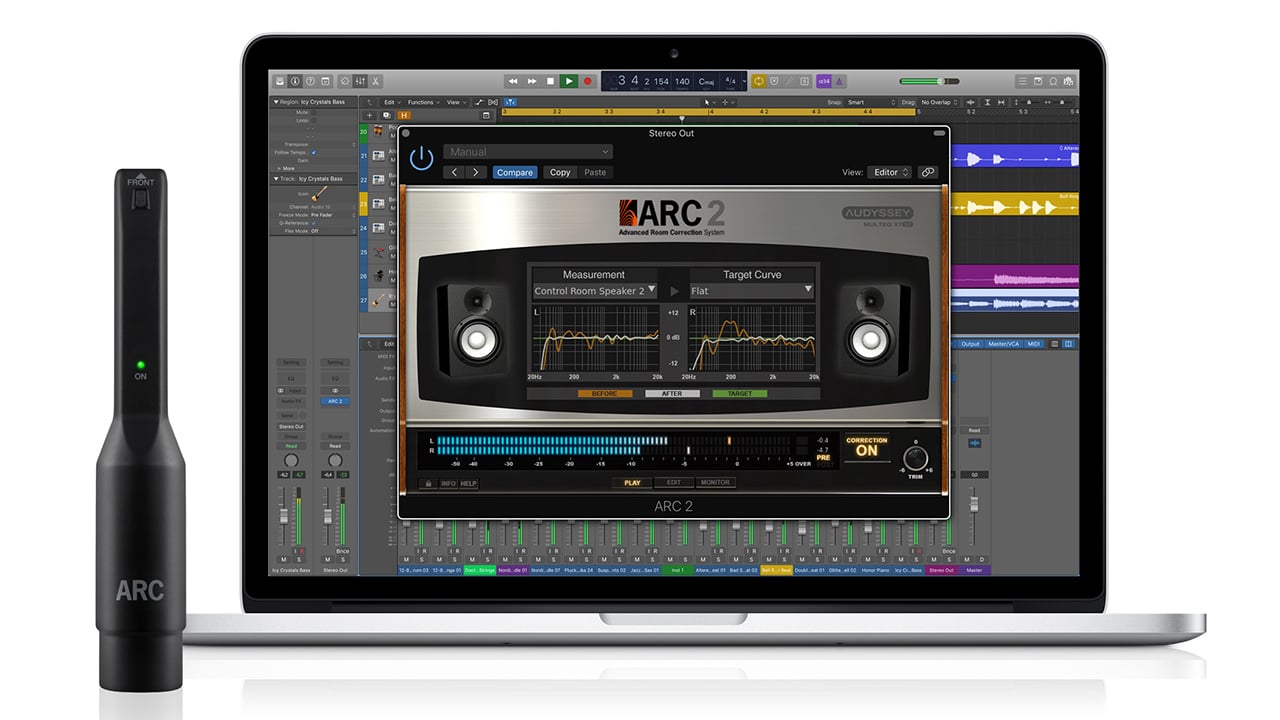 Audio mixing without any unforseen colouration of the sound is one of the most difficult aspects of mixing room setups. Erik Vlietink takes a look at the IK Multimedia ARC 2.5 system, which could make such headaches a thing of the past.

Acoustic room correction is something filmmakers rarely look into. With a growing number of movies and videos playing on devices that have wildly differing sound characteristics, sound accuracy at the source is increasingly important. How can you make sure your audio will sound exactly as users expect when they increase or decrease bass or treble if you don’t have an acoustically corrected studio?

While loudness is incredibly important, so is making sure others have a ‘pure’ or ‘zero’ starting point when listening to your movie. Sound accuracy is one of the hardest parts of any sort of audio or video project because it involves so many parameters. The factors to consider include the equipment used to monitor the audio, how well you hear and the room where the audio is played back. All of those should allow you to hear what you’ve recorded exactly as it was recorded, without colouration of any kind — speaking in more technical terms, your studio should allow for a flat tone curve. 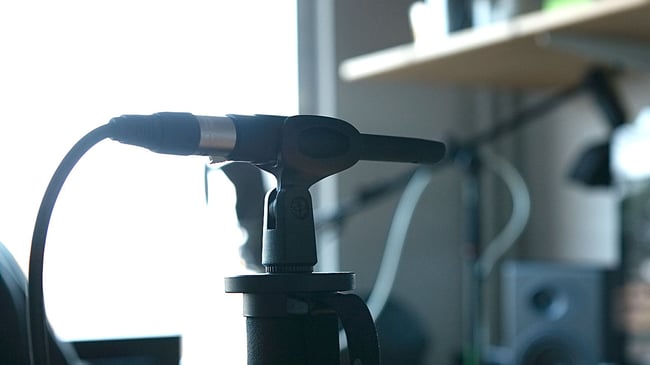 ARC 2.5 comes with its own MEM microphone, a special, calibrated microphone. Except for the plastic housing, this is a high-quality omnidirectional mic.

Acoustic correction, then, is one factor to ensure that curve is flat. It’s an important element and it works by ruling out the differences between one room and another. IK Multimedia’s ARC 2.5 system is an inexpensive system (around €300) that helps with this. It includes a special, calibrated measurement microphone and a combination of a measuring stand-alone app and multi-platform adjustment plug-in. The latter can be integrated with any Digital Audio Workstation (DAW) or with a plug-in capable NLE and is capable of correcting the distortion caused by room acoustics.

Once you’ve measured your room, the correction applies only to that exact room configuration, i.e. if you had the shades down halfway you will need a new measurement with the shades up, for example. That’s not a problem as measuring a room’s sound characteristics is very easy with ARC 2.5. All you need to do is follow the on-screen instructions, click the Next button and duck out of the mic’s position once a measurement is being taken. The system forces you to take a minimum of seven measurements, but it’s recommended to take more – up to 16.

Once the room’s sound “fingerprint” has been calculated, the ARC System 2 automatically detects the bass roll-off point of each speaker to ensure that no correction is applied below that point, as it may potentially overload your speakers. 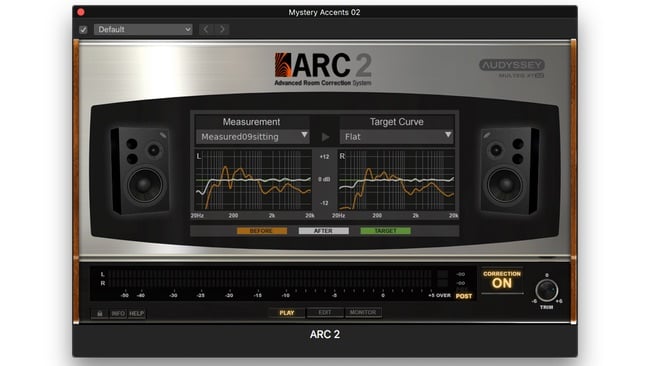 The plug-in shows you the tone curve after the correction took place.

To apply the corrections, you load the plug-in in your DAW or NLE. This allows you to use the corrections as they are and gives you a flat rendition of your recorded sound with the room’s corrections applied. It will sound a bit weird at first, but given that the other components of your setup are calibrated, it’s the way any calibrated flat sound system will render the audio.

Since the flat curve represents a listener who has set their audio equipment to a flat equaliser curve, which few of us do, you can adjust your sound in ARC 2.5 afterwards to change the EQ curve to your liking, or more appropriately, to the loss of frequencies you can still hear at your age. If you have a sonogram, it’s easy to dial back in those frequencies you’re not hearing correctly. 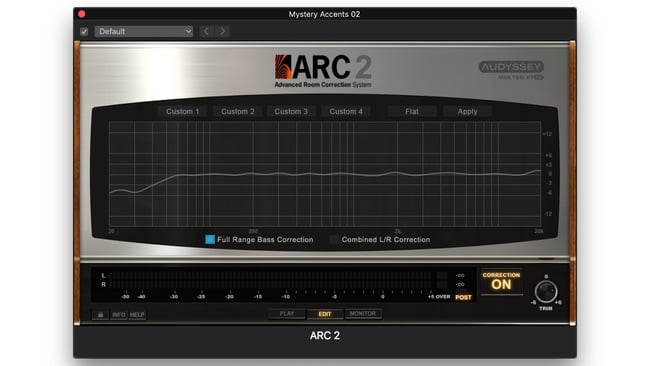 After correction, you can dial in an equaliser curve that compensates for your hearing loss, or just for comfortable listening.

With the ARC 2.5 settings plugged in, you’re now hearing exactly what someone else in a standard room would also hear. If your viewer/listener now wants to hear more low or high tones, they can turn up the bass or treble level on their equipment.