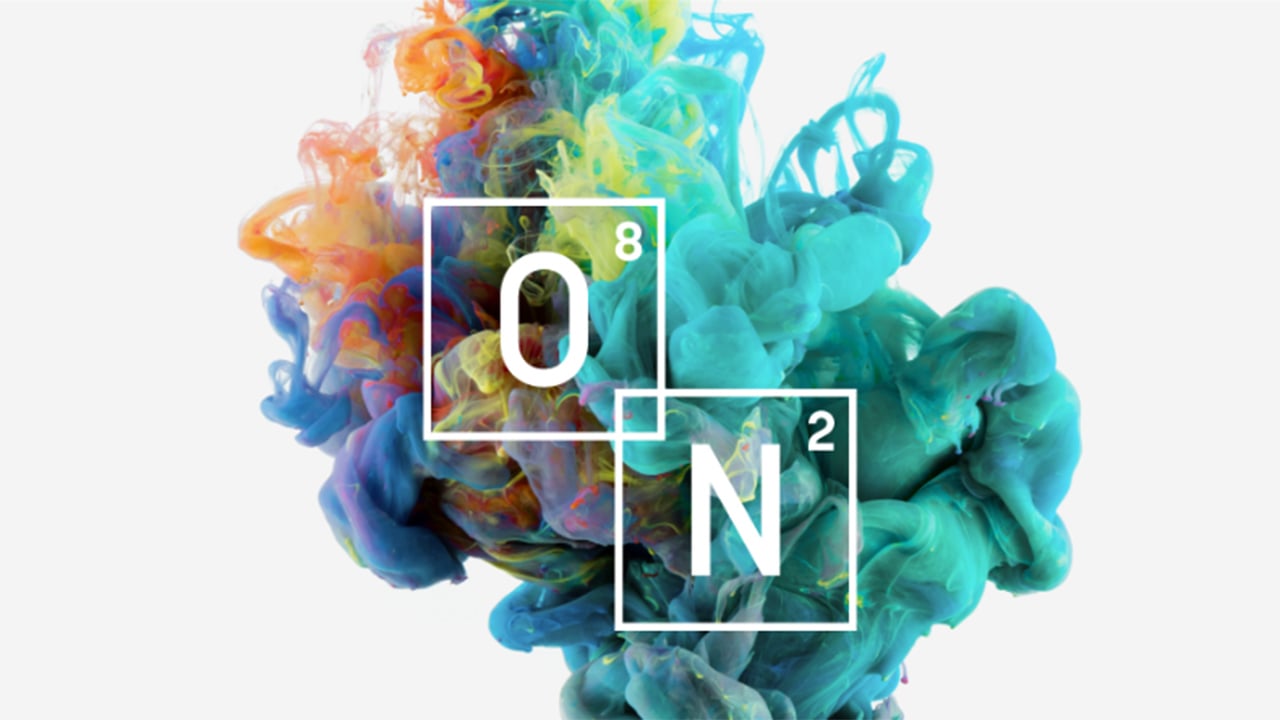 iZotope's audio plugins can be a life saver. Particularly when it comes to noise reduction. The company has now introduced comprehensive updates to its Ozone and Neutron mastering and mixing software plugins. Erik Vlietinck gives us his verdict.

Recording sound with the best possible equipment won’t ensure that you end up having the best sounding soundtrack if multiple sources were used — and it always does involve multiple sources. A film score must be mixed with voice recordings and effects and then be mastered into one soundtrack. The mixing and mastering processes are not something that you can do as an aside. iZotope has a long history of developing mixing and mastering apps that allow a master of this art to achieve brilliant sounding results. Its latest mixing/mastering bundle is O8N2 — short for Ozone 8 and Neutron 2.

All of O8N2’s features can obviously be used with a DAW (Digital Audio Workstation), but also with applications that recognise AU (Audio Unit) or VST (Virtual Studio Technology) plugins, such as Final Cut Pro X, Reason 9.5, etc. Even modules you would expect not to work with Final Cut Pro X, like Visual Mixer, for example, do. In this review, I’ll be touching on the most important new features only.

In its latest software versions, iZotope has been pushing for machine learning and artificial intelligence, not so much to replace sound engineers but to help them achieve the results they want quicker. In Ozone 8, this has resulted in the Master Assistant. This clever help system is launched with a button click and provides a starting place for a master using the Equalizer, Maximizer, Dynamics, and Dynamic EQ modules. I tried the Master Assistant with two music tracks and two interview tracks in Logic Pro X. By showing me a multiple choice form ahead of its processing magic, the Assistant allowed me to choose between different sounding masters.

That gave me a nicely balanced and professional sounding result. If you would aim for perfection, the Master Assistant would be a great starting point. You could then take its settings and keep tweaking until you find that special sound you're after.

Because you will be using Ozone 8 most often on the Master track (although you can use it on individual tracks as well), you will need to have an ear for sound quality. If you’re not too sure about your abilities in that area, or you’re just looking to create a master that sounds like something else you’ve heard before, iZotope has added Track Referencing functionality. This is not a module by itself. It’s more of a way to compare — “audition” visually and audibly — your music to commercial tracks — or music you’ve mastered in the past — without having to leave the Ozone interface. There are up to 10 reference tracks to import and you can actually see the differences in musical characteristics with overlaid spectrum metering.

With Ozone 8’s Spectral Shaper, you can shape the timbre of any frequency range in a soundtrack. Spectral Shaper uses iZotope’s proprietary spectral shaping technology to deliver high-resolution attenuation of frequencies across the full spectrum. It has configurable time constants, timbre adjustment and a variable full spectrum action region. The module’s interface allows you to select a frequency band that you consider to be too harsh or too muffled. It has a Threshold input level that looks much like that of the Maximizer module, but Spectral Shaper’s is based on the highest level of the frequency bands included within the active region, while the Maximizer’s is based on the full spectrum.

Finally, there is a new module, called the Tonal Balance Control. This module is designed to sit at the very end of the processing chain. It displays spectrum metering information for the track it is currently inserted on relative to a target curve. To make it work, the tracks you want to process must have its Equalizer module active. Tonal Balance is particularly useful when dealing with tonal balance issues that arise during mixing and mastering. It can help you find the issues with a mix or master that lacks low-end power or high-end brilliance. 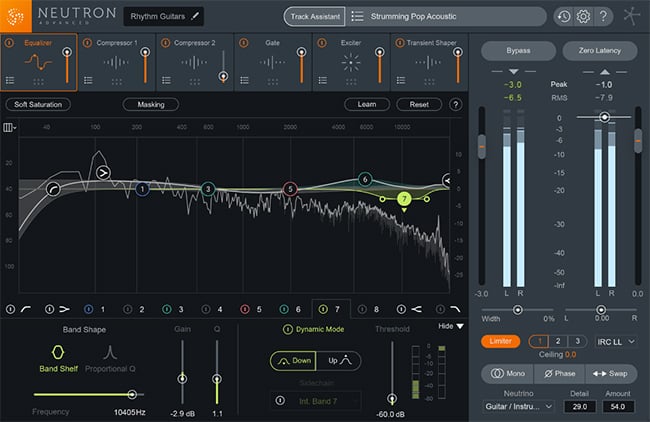 Since Neutron 2 is the mixing plugin, it does have some feature overlap with Ozone 8. For example, Tonal Balance Control is the same module in the two plugins. However there’s enough new functionality in Neutron 2 to make your jaw drop, though.

Just as with Ozone 8’s Master Assistant, Neutron 2 comes with its own machine learning driven helper, the Track Assistant, and it delivers a starting point for a mix.

The Visual Mixer is my personal favourite. It’s like Logic Pro X’s surround sound location feature, but Neutron’s is for stereo. It allows you to view the sonic activity of every track in a mix on a large grid-like canvas. By manipulating “track bubbles” you can control volume, pan and stereo width. This applies to any Neutron 2 module or plugin you have used. It does require you to have at least one of the Neutron modules active on each track you want to play with, but it’s a boon for creating a stereo image that is exactly how you envisaged it.

The Gate offers three bands of iZotope’s Gating DSP, complete with advanced side-chain capabilities, crossover learn, and the brand new Hysteresis and Hold DSP. I tried to use Gate as a noise reduction method with a voice track where the speaker regularly paused and some background hiss was audible. The new Hysteresis feature functions as a second threshold for gating. It can be thought of as a “close” threshold in that signals that fall below this value will close the gate. However, signals that exceed the Hysteresis threshold will not open the gate until they exceed the Threshold value.

Mix Tap is another new feature that allows you to connect to all the inter-plugin communication compatible features in both Neutron 2 and Ozone 8, giving the ability to manipulate channels, delay offset, HPF (high pass filter), volume, pan and stereo imaging. You can use this new plugin on the Master track.

Each Neutron 2 Equalizer module comes with a Masking Meter. This module is designed to allow you to quickly and easily see where any track in your mix may be competing with another, potentially contributing to masking. Masking is a psychoacoustic phenomenon that occurs when the clear perception of a sound source is rendered harder to discern by another sound source with overlapping temporal and/or spectral components. This is not always a bad thing, but in cases where you have, for example, a talking head competing with a music score, you won’t want to have the speaker’s voice drowning in some of the musical instrument sounds.

Masking Meter allows you to see momentary indications of masking as vertical white lines over the current track’s spectrum and EQ curve. These lines indicate that there was some amount of loudness loss at that frequency at that moment: the brighter the line, the greater the masking amount. You can adjust the Equalizer settings to make the lines — and thus the masking — disappear.

Finally, Soft Saturation is a button that activates a non-linear harmonic saturation at the input of the Neutron Equalizer. It is inspired by a British-style inductor EQ.

O8N2 is not going to make your job obsolete when you’re a super-duper sound engineer creating music or movie audio. It will, however, make your life simpler and you will be able to reach your full potential quickly with its many, often AI driven, modules.