Direct from an audio session to a vinyl record 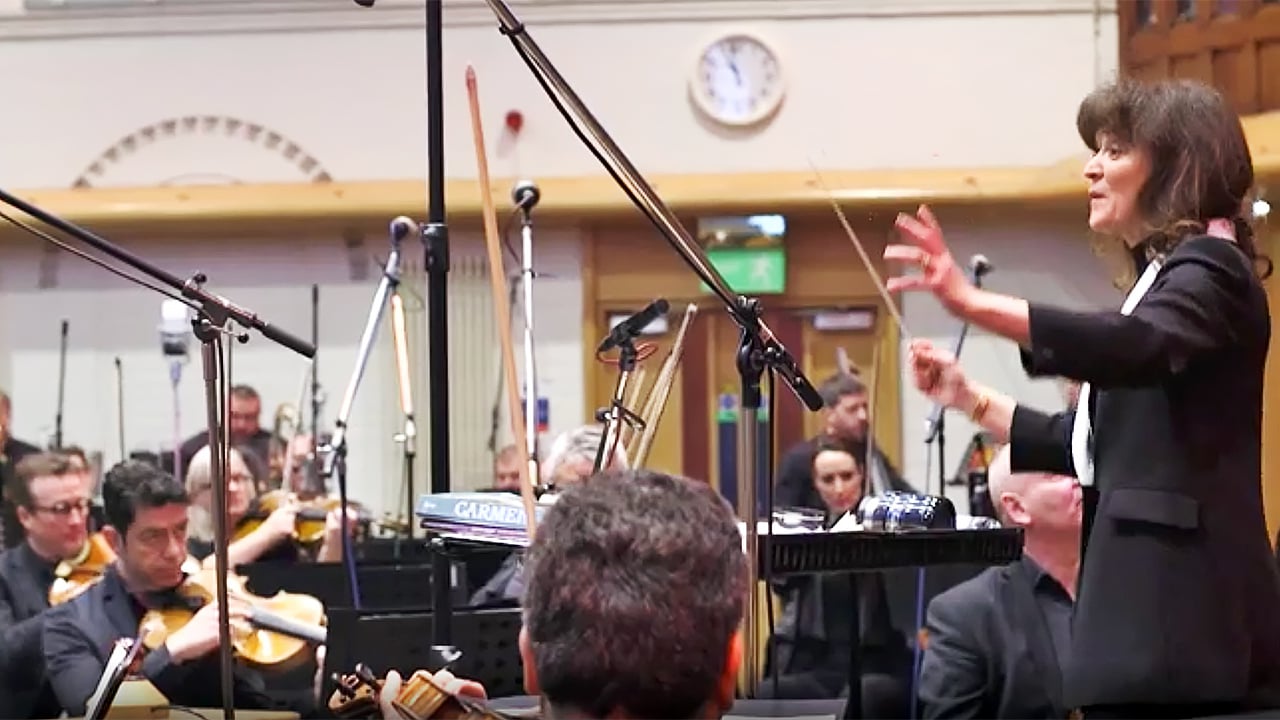 Recording straight to vinyl can be a stressful experience!

They only had one chance at a take. The BBC's news item about a recent experimental recording of an orchestral piece direct to vinyl shows just how affectionately we still view the medium. But did it offer any advantages over digital, and did it prove anything?

As you can see from this BBC story, the UK’s National Symphony Orchestra recently cut a vinyl record direct from a session at AIR studios in London. There’s no doubt that this is the best way to cut a vinyl disk: there’s no intermediate processing or recording to get in the way. The article concludes with everyone concerned saying that it sounded wonderful.

I’m quite sure that it did. It was a world-class orchestra in a renowned studio. But the story is not all it seems.

First, it looked to me like the signal path was pretty complicated. Audio from dozens of microphones was fed into a large mixing desk, and then “two stories up” into an acetate disk cutter. I’m sure all the equipment and interconnections were carefully chosen, but it was certainly not as simple an audio path as a pair of microphones plugged directly into the cutter via only a very high-quality pre-amp.

Second, this doesn’t prove anything about digital vs analogue. In fact, I’m almost certain that a digital recording would have sounded better. I wouldn’t be surprised if AIR made such a recording at the time.

Why would it sound better?

Because vinyl is a limited medium in comparison with digital recording, with a reduced dynamic range and the constant risk of damage and dirt. Every time you drag a needle through the groove, you damage it.

And yet, for reasons no one really understands, not only can vinyl sound wonderful, but it is now so popular that according to some accounts, it’s outselling digital downloads. I’m certainly starting to be regarded amongst my audiophile friends as eccentric because I don’t have a vinyl deck at the moment.

I think the point is that vinyl can feel wonderful. The experience, compared to listening to a CD, a file or streaming is subjectively better. There’s more of a “sense of occasion”.

I don’t think anyone could either argue or demonstrate scientifically that even a direct-to-vinyl recording is more accurate than a digital recording with the best A/D converters, a high sample rate and large bit-depth (eg 24 bits).

I would suggest that the digital recording would be transparent and if the vinyl recording was taken from the digital one, no one would know the difference, while still claiming that the recording via digital to vinyl sounded better than digital itself.

This being the case, it means that vinyl is merely an effect that can be simulated by processing digital audio.

Sorry — I love vinyl and I’m in the process of trying to find all my 1980s 12” singles. But while it may be a very pleasant experience, it’s not “better”.

Here’s our in-depth coverage of this subject. Don’t forget to read the comments: they’re fascinating!