The vinyl revolution is not the only one... 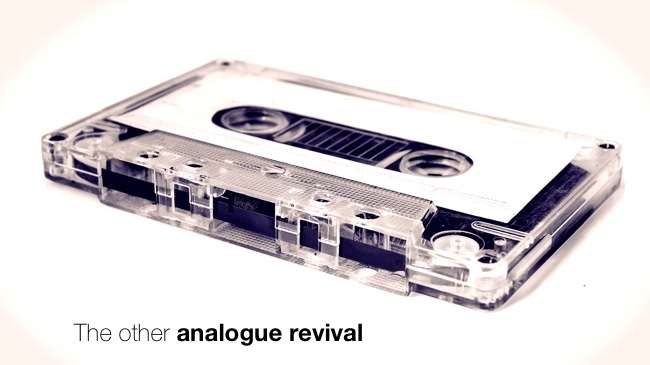 Everyone knows there's a vinyl resurgance in full progress. But that's not the only analogue format making a comback

While it still seems surprising to people like me who have been working with digital audio since 1985 that there’s a vinyl revival, what’s even more astonishing is that there is still some analogue love reserved for one of the less lovely but for a long time utterly ubiquitous audio formats: the Compact Cassette.

I’m perfectly aware that there are people reading this who have never seen a Compact Cassette. For their benefit, let me just explain that it was one of the best packaged, and worst-sounding consumer formats from the last century.

Actually, that’s not completely fair. Certainly when it first came out in 1962, it didn’t sound great. How could it? It was a narrow tape, running at a slow speed. Stereo made matters worse, with only half of the original width available per channel.

But somehow, it got better; much better. The advent of chrome tape and Dolby noise reduction meant that a format that at first had little more claim to quality than a dictating machine could suddenly be considered to be “HiFi”.

The arrival of the iconic Sony Walkman meant that thanks to the Compact Cassette, you could take your music with you. Towards the late 1980s the format seemed unstoppable.

Which it was, until CDs came along. It was hard to beat the quality and portability of CDs and ultimately downloadable files. Eventually most people moved on. The Compact Cassette was seen as an irrelevant relic.

Meanwhile, from our perspective in the 21st Century, we stream music with our telephones (“smartphones”, as they’re called today), and yet more and more of us are yearning, seemingly, for that nostalgic analogue sound. Increasing numbers of us are getting our analogue fix from vinyl, which is more popular now than it has been for twenty years.

I do “get” the vinyl thing. I’m OK with it. But it was a big surprise to me to hear that there’s a Compact Cassette revival as well. Reason tells me this is, well, daft. But I can’t help feeling that I need to go through that box of Cassettes I’ve had languishing under the stairs for the best part of three decades. And I’m tempted to make some new recordings too. You know, just for old time’s sake.

Here’s a film from Bloomberg TV about the last Compact Cassette factory in the world. And you know what? They’re busier than ever. Their biggest issue is keeping these decades-old machines working. I once worked for a manufacturer of audio cassette loaders (the machines that put the tape inside the cassettes) and they were cantankerous machines back then when they were new. I shudder to think how difficult it is to keep these things running today.