Why nothing beats the moving needle 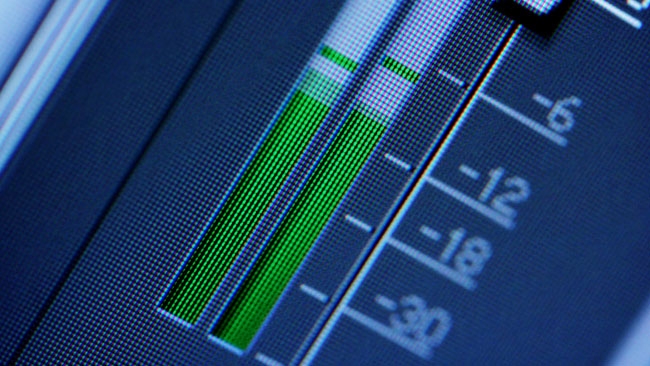 Call this an audio meter.

The white needle sweeping across a black background, or peak programme metering, still wins out over other options.

Has anyone but me ever come to the realisation that a column of LEDs (or LCD pixels) is no way to indicate the level of an audio signal? Yes, I know that we live in a brave new world in which commodity hardware is used and we display dozens of audio meters at once on a TFT display. This is the case on systems at all levels, from Ardour on a five-year old desktop PC all the way up to devices such as Avid's ambitiously-priced control surfaces for Pro Tools.

But there's a reason that car instruments still use mechanical, moving-needle indicators. It's the same reason that the multi-function displays (that is, monitors, avionics geeks) in jet fighters go to the lengths of drawing a simulated moving needle when certain critical information is being displayed. The human brain is very good at interpreting angular movement; we can guess very quickly and reasonably accurately how long a clock's second hand will take to get to the top, just by a quick glance at the angles. It's much less good at a bar graph. If we made a vertical column of sixty LEDs and used that to display time over a minute, well, most people are familiar enough with the concept of a minute that it wouldn't be that difficult to interpret. On average, though, we'd take longer to make the estimate and be less accurate in doing so.

Then, there's contrast. In a field recording environment, we might be in a nice dim corner where the display on the recorder is quite visible. It was, after all, probably culled from a manufacturing run intended for cellphones, as most displays are these days, and this has given embedded electronics, such as audio recorders, access to staggeringly advanced user interface options. In the camera world, it's facilitated the manufacture of monitors and test-and-measurement devices of huge capability. What it perhaps hasn't done is make any of those things visible if the sun's too bright or if one has the unmitigated temerity to wear sunglasses where the angle of polarisation goes the wrong way and neatly, in effect, switches the display off. Meanwhile, trans-reflective LCD displays (those black on silvery-grey ones) are immune to contrast problems, but so slow and blurry that they're more-or-less useless for audio level monitoring.

The solution is a strange combination of complexity and simplicity. Complexity, because manufacturing complex, small-scale electro-mechanical devices is exactly the sort of task that modern electronics designers like to avoid, because it's tremendously expensive and that expense persists in every unit that's made. Simplicity, though, because the easiest way to make a moving-needle meter that's got good contrast is to take a needle and paint it white and put it against a black background. Like this: 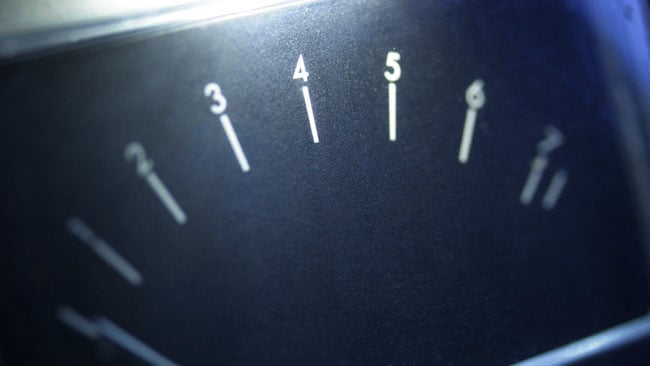 Okay, enough pseudo-technical explanation. The main reason to like the peak programme meter (PPM) is that it's just classy, isn't it? Considering the origins of the design date back to the 1930s, it's an incredibly modern-looking thing in its monochromatic minimalism and the gentle fallback after each peak is almost hypnotic. Given that each of them can probably be illuminated sufficiently for legibility by a single LED and given that each meter coil requires only a minute fraction of a watt to operate, it's probably a lower power solution than that TFT and, no matter how clever the software engineers get, they can't overcomplicate it with a bunch of dubiously-useful addenda. 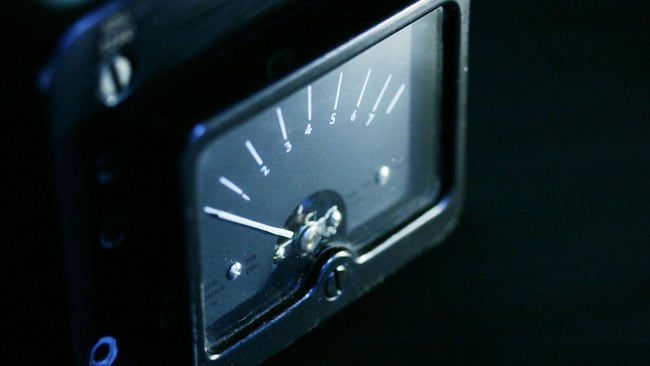 Fine, yes, despite the fact that it's called a peak programme meter, it doesn't really read peaks in a way that's ideal for modern recording. The term for it, apparently, is a quasi-PPM, inasmuch as it has an integration time over which a signal is required to be at a certain level before that level is indicated. This was originally a reaction to the fact that the distortion caused by very brief overloads on 1930s radio equipment was less objectionable than the noise introduced by a lower overall signal level. That's not the case anymore, of course, and more modern implementations have employed a red LED to indicate briefer peaks. The complexities of peak indication with digital signals are labyrinthine, but suffice to say that the PPM, which still has much to recommend it, can be brought into line quite adequately. 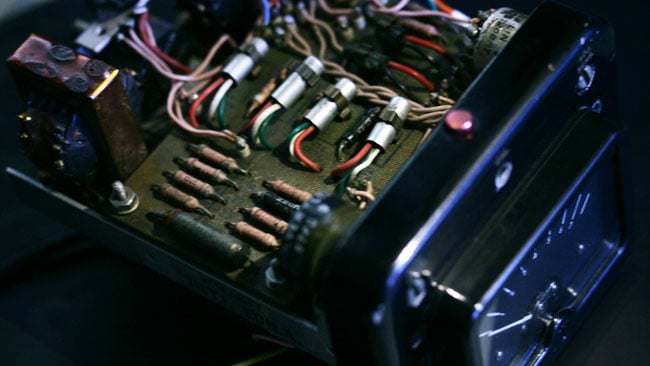 The drive electronics in mid-twentieth-century PPMs could weigh as much as 250,000 tons
and consume enough power to light a small city. This affected practicability.

Of course, to some extent, this is a long lost battle and some product pages for them are effectively a list of remaining stock of items which are no longer made. Even so, it's likely to be a long time until every installed PPM, at least in the UK, is replaced by a column or, perhaps, an arc of pixels. Technically, there's not likely to be much wrong with the replacements, but it's still a matter of, for want of a better word, class.