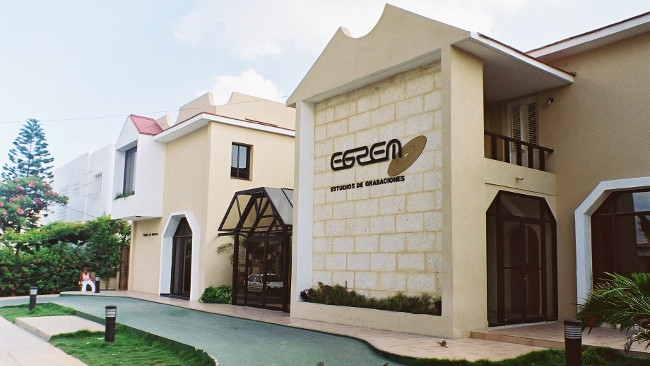 One of the more interesting and successful recording projects of the last century was the Buena Vista Social Club series. Produced by Ry Cooder, the original album, a collection of traditional and more recent Cuban songs, has sold in millions. The project also spawned a successful feature film, further audio recordings, television documentaries and concerts in Amsterdam, London and New York's Carnegie Hall.

The recordings were produced by Ry Cooder at Havana's Egrem Studios and engineered by longtime Livingston Studios operator Jerry Boys, who has since become something of a familiar face in Havana, having worked there extensively since the Social Club sessions. 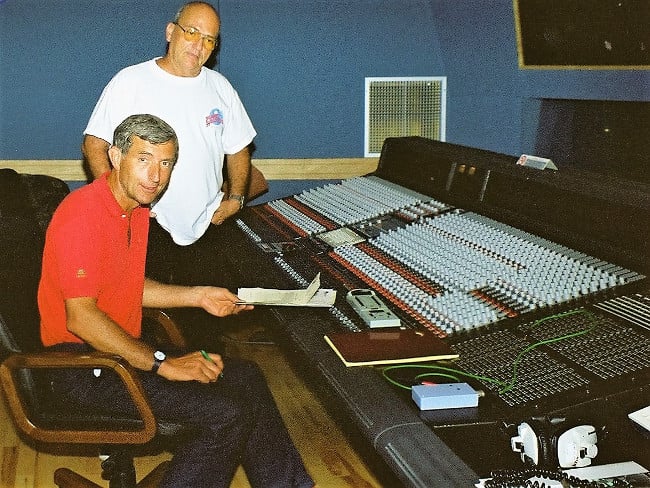 The original Egrem Studios (Empresa de Grabaciones y Ediciones Musicales), are housed in a former mortuary in downtown Havana and were built in the pre-Castro fifties by an American record company. In its heyday, the studios played host to the likes of Nat King Cole, Frank Sinatra and the Tommy Dorsey Orchestra.

Egrem, which is the state run music and recording company, also operates a more modern studio complex designed and built by Eastlake Audio in the 1990s in the city's Miramar district.

"The old studio was styled very much for the Cuban big-band sound," says Boys. "It's simply got a wonderful sound. It's very large, a bit bigger than Abbey Road Studio 2, with a 30ft ceiling and wooden panelling on the walls and floor.

"The room has a wonderfully warm ambience and yet it's very hard to describe. Actually, if you put something metal in there, like a cowbell, it rattles around the room; it's really bright. It somehow seems to attach itself to the instrument in a natural sort of way so that less spikey things don't go bright. Perhaps it's to do with the wood. I'm sure the walls have been re-panelled since the early days, probably some sort of weird Russian boxes. Whatever, by design or luck or a combination of both, the studio sounds just right. The control room has just the same treatment. It's an oblong-shaped box with wooden walls and linoleum covered floor."

Boys recorded the Buena Vista sessions using Egrem's Amek Mozart desk, running Dolby SR 15ips on BASF 900 onto a Studer A80 Mark 4 ("in reasonable working order"). Microphones used were mainly the studio's own Neumanns and Shures, along with Boys' own TLM 170s and 87s and AKG 414s. 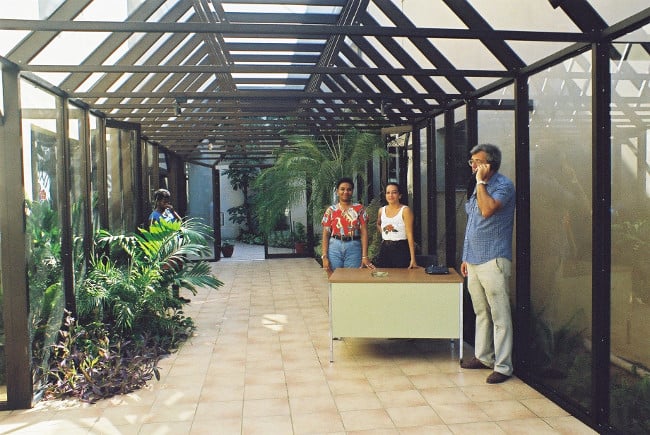 At the other end of town, the new Egrem plays host to a growing portfolio of international artists, recording alongside acts signed to the state-owned Egrem.

The studio building has an extremely light and bright atmosphere. This is true of all areas, including the reception areas, control room and studio. Aside from the control room, the coolest spot is the Spanish-style bar which would be at home in the fashionable streets of Barcelona. Much of the 'light effect' can be attributed to the extensive use of Canadian maple, notably on all the main floor areas. As well as being hard-wearing, it's also far more agreeable to the eye than the majority of local hardwoods, such as mahogany, which tends towards the sombre.

The main studio area can accommodate comfortably up to 40 musicians, while the two booths can take six to eight each. The control room to studio isolation figure was engineered to be very high. The range of gear, effects and microphones reflects very much what you would expect from any top grade US or European studio.

On the completion of the studio's construction, Eastlake's David Hawkins reflected, "It took far longer than originally planned, but I like to think it worked out exceedingly well. One gratifying point is that engineers with 20 or 30 years experience now find that they can record here using a minimal amount of equalisation on the console. That wasn't the case with the old facility. And it's clearly a terrific starting point for recording. If the equalisation on the console – or, even worse, within the monitoring system – is being used to compensate what is basically an unsuitable acoustic environment, then the recording is compromised from the outset."

For international clients, within the Egrem studio complex there are modern residential facilities, while Havana itself boasts a full range of hotels from the art deco splendour of the National (past guests include Frank Sinatra, John Wayne and Buster Keaton) to the more crumbling yet attractively decadent establishments downtown.

Whether Havana will attract more recording artists as the international situation changes remains to be seen. Cuba has much to offer aside from its 'destination studios'. The island, described by Christopher Columbus as the most beautiful place he'd set eyes on (though the old sea dog would be disappointed to see the sad state of much of Havana's once splendid architecture), has many attractions that have not gone unnoticed by the tourist trade. Get there before Havana harbour becomes clogged with cruise ships.

Whatever happens, it is Cuba's great musical tradition that -  alongside the climate, rum and cigars - will remain the key attraction. "Those who specifically want the type of musicians for which Cuba is justifiably famous will not be disappointed if they come here," says Hawkins. "It's an interesting – unique, even – place to stay and record. I know the Spanish music scene fairly well and there is a good number of Spaniards who record here because of its unique selling point. To cigars, sugar and tourism should be added music."

Despite its well-chronicled problems, Cuba is a fascinating place where the people – within and without the music business – are warm and welcoming. "I have a great affection for the place and the professional quality of the people I've encountered," says Hawkins. "You have to remember that working within the sanctions, your options become limited. Make no mistake, the island has been blockaded for close on 60 years. That has made doing any kind of everyday business very difficult.

"When things do change, there could well be an explosion on the musical scene. More studios will be built and I'm sure many musicians and would-be producers will jump at the chance of setting up their own studios – once they have access to the currency to buy the equipment."