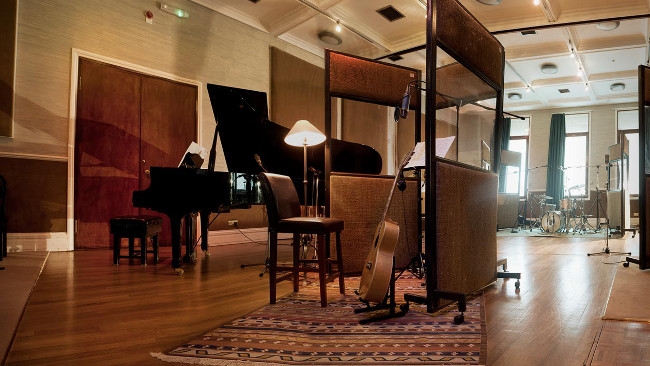 The London studio complex founded by the late Mickie Most is approaching its 40th anniversary. By Jim Evans.

In London's St John's Wood, two long-established commercial studio facilities are very much in business. One is known worldwide for its association with a certain Liverpool beat combo. The other is RAK Studios, created close on forty years ago by producer and music industry maverick mogul Mickie Most. 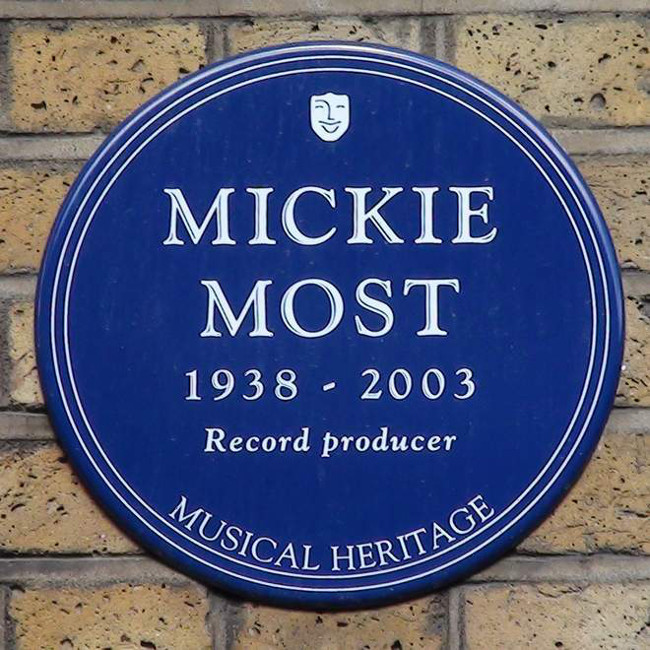 The studios were founded in 1976 by Most, as part of a music production conglomerate which incorporated existing ventures such as RAK Records, RAK Publishing and RAK Music Management. The RAK name was inspired by the way records were racked in alternative outlets, such as petrol stations and supermarkets, rather than record shops, otherwise known as rackjobbing. Most died in 2003, but RAK continues as a family business, with Mickie's widow Chris and daughter Nathalie as directors. Over the years, the studios have played host to the full gamut of recording artists, while an impressive number of engineers and producers have learnt their craft in the converted Victorian schoolhouse.

RAK initially comprised two studios, with Studios 3 and 4 added in 1985 and 1987 respectively. Prior to opening RAK, Most already owned a recording mobile, which was equipped with an API console. He rated this desk very highly, so chose to base Studios 1 and 2 around mixers from the same manufacturer. Both are still in use today, while producer Nigel Godrich owns the desk from the mobile.

Studio 1 is a large studio with sufficient space for up to 35 musicians and is enhanced by a plentiful supply of natural light. The API desk has been lovingly maintained since its installation in 1976. Also boasting a vintage API, Studio 2 has space for up to seven musicians, and is designed for projects that have to operate within tighter budgets.

Studio 4, like the other studios, is flooded with natural daylight. Containing an SSL 4056 E 56 channel with G series computer, it is conducive to creative writing, collaborating, overdubbing and mixing. The control room also has a separate vocal booth. A comprehensive spec list of outboard gear and keyboards – modern and vintage – are available for all rooms.

It is people, as much as technology, that make a successful studio complex. Studio manager Trisha Wegg, bestowed last year with a fellowship by the APRS, has been with the studios since Day One. "I was brought in to run the mobile when we were still in Charles Street [RAK's and Most's original Mayfair office]," recalls Trisha. "Then Mickie decided to build the studios and I said I'll do the bookings and I'm stlll here - on three months trial!

"Originally, Studio 1 was the main room," continues Trish. "Mickie intended Studio 2 to be a mixing room, then changed his mind and we installed the floating control room to make a full-blown second recording studio. By the early Eighties, we had managed to purchase the adjacent property, an old school building. We built a corridor to join the two buildings and then built Studio 3 started as the SSL room, but it's now got a Neve Legend desk. The SSL is in the small production room which is Studio 4 – [it] evolved organically when the mobile ceased operations."

On the technology front, it is all about getting the right combination of old and new – and RAK appears to achieve this in spades. "We have much of the original valve equipment, the API consoles and favourites like the Fairchilds, Pultec, echo plates and used constantly," says Trisha. "And we've built an impressive collection of microphones, including some classic models we bought from Barclay Studios in Paris when they closed. At the other end of the time scale, we'll be looking to adding the new pro tools 12 which will be a major investment. It's a balancing act really.

"It's very easy to get caught, to be driven by new technology. We buy wisely. I think we've been quite circumspect in what we invest in. We have spent a considerable amount of money renovating and decorating over the last three years, and it is still an ongoing programme."

A major contributor to RAK's continuing success, aside from its technology and track record, is teamwork. "We've always managed to have a pretty impressive team of engineers and assistants. Much of our work comes through the major record labels, but then they are driven by their artists and the producers and engineers. It's through word of mouth and our reputation that people choose to come here. Price wise, we are competitive for what we offer. Our engineers are well respected by our clients and within the wider music industry. Both Richard Woodcraft and Robbie Nelson have won Grammys. Robbie also won MPG Engineer of the year 2015.

"We keep on doing what we do best and hope we are doing it right," continues Trisha. "We have created an environment and facility that people choose to use. Obviously, there are choices out there. The number of studios is much smaller now and this has had some effect on our ongoing prosperity. That said, it would be foolish to disregard the competition. We are aware there are other facilities available. But I think it's fair to say we are pretty unique in terms of the range of desks we offer. SSL Neve and two vintage APIs. That's not a bad starting point."

RAK, Past and Future 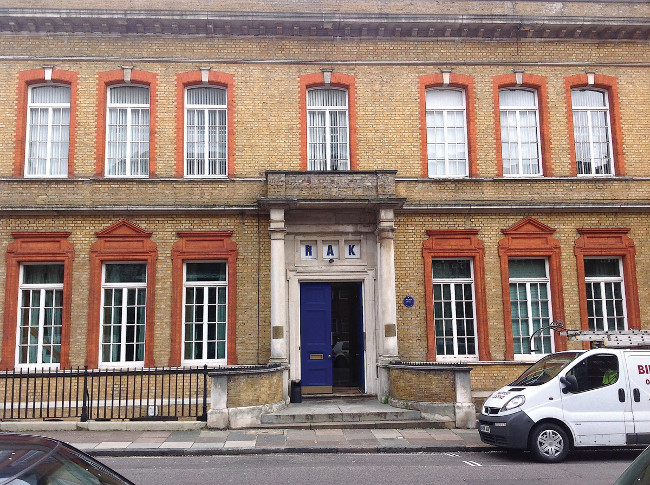 And the next forty years? "Looking back, it's been an amazing journey, says Trisha. "This business is cyclical, trends come and go and we are all affected by what goes on in the wider world. Recording budgets have shrunk, but we have survived and have no plans to stop now. We'll continue to do what we do best. I don't have a crystal ball, but we'll carry on, driven by what our clients want. The glory days of the Eighties and early nineties when studios made sensible profits, are not likely to be repeated.

"Part of what makes my job so enjoyable and different is having worked over the years with so many talented and diverse artists,  such as Bryan Ferry, Sam Smith, Robert Plant, Clean Bandit, Babaa Maal, Sir Paul McCartney, Alicia Keys, Petshop Boys, Mary J Blige, Labrinth, Simply Red, Jessie J, Birdy, Peter Tosh, Neil Young,  The Jam, Radiohead –  the list is endless. If I told my 16 year old self I would be working in an environment where I would be alongside these musicians, I would have said 'dream on!'"

As to celebrations to mark RAK's 40th birthday next October, various options are being considered. "It depends who is in the studios at the time," suggests Trisha. "But I'd be surprised if a few bottles of Champagne weren't opened."