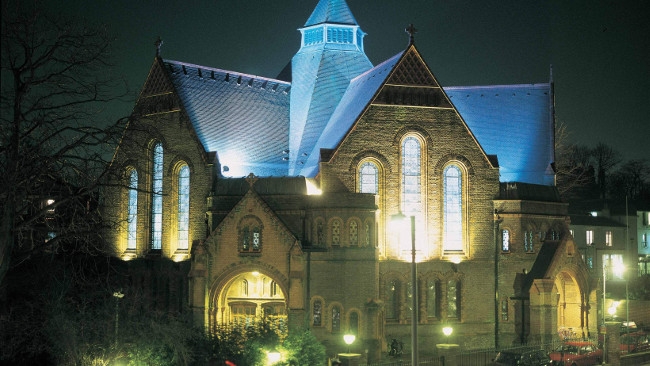 In this first  installment of our ongoing series on famous studios, we profile AIR Studios, including its various locations and the high profile musicians that they've served over through the years. By Jim Evans.

In August 1965, four leading record producers made a move that was to change the way the music industry worked. Back then, records were still largely produced 'in-house' by the major record companies – in the UK it was EMI, Decca (which famously turned down the Beatles) and Pye. Independent recording studios were only just starting to emerge and record producers were salaried employees of the labels who rarely got so much as a sniff of a royalty cheque.

In that memorable month, which also saw The Beatles play at Shea Stadium, Jefferson Airplane make their first appearance at Matrix in San Francisco and Bob Dylan release Highway 61 Revisited, Associated Independent Records (London) Limited, or AIR for short was created by George Martin, Ron Richards and John Burgess from EMI and Peter Sullivan from Decca. Between them, they were responsible for the success of EMI's and Decca's top acts, including The Beatles, Tom Jones, Cilla Black, The Hollies, Lulu and P.J.Proby. Through AIR, they continued to work with these acts – but now with the added benefit of royalty payments.

There was no love lost following the four's split with the record companies. In his autobiography, All You Need Is Ears, George Martin recalls, "Frustration has many fathers, but few children, among them bitterness, anger and resentment. Those had come to be the unhappy ingredients of my feelings towards EMI. By 1959, I had been running Parlophone for four years. My recordings with Peter Sellers, Milligan, Flanders and Swann and the others had started to make the label mean something. Originally a poor cousin, it had become a force to be reckoned with. But I was still only earning something like £2700 a year." 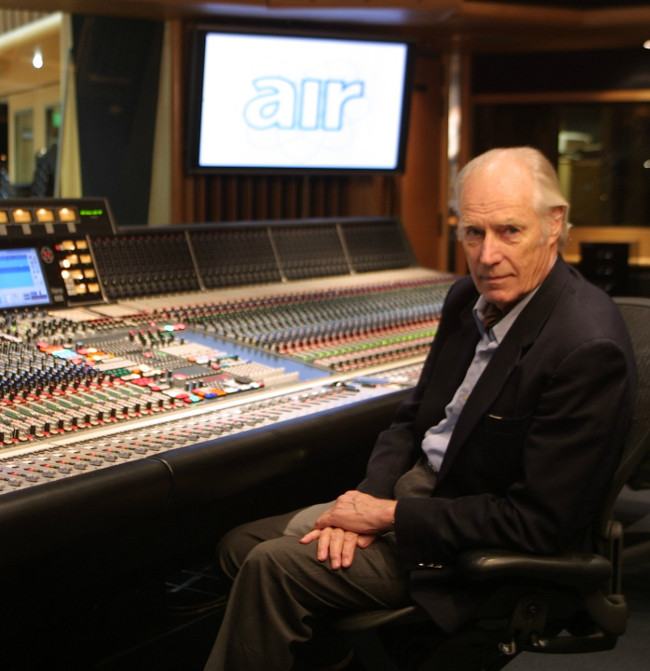 Martin would later comment, "All in all, it is fair to say that relations between AIR and EMI have been less than cordial over the years since we first broke free from them. That is, despite the many successful records we have made for them since we went independent, including Sergeant Pepper's Lonely Hearts Club Band."

Building their own studio

Once free from the shackles of the majors, the newly-liberated producers based the nascent AIR in offices in Park Street in London's West End and bought studio time for their artists in Abbey Road, Chappells, Decca and Morgan and a handful of other commercial studios operating in the capital at the time such as Advision, Lansdowne and IBC. The plan was to eventually build their own studios and by 1967 the group had earned enough royalties from these new production deals to finance the venture. Eventually, premises were found in Oxford Street on the fourth floor of the Peter Robinson building which included a large banqueting hall.

The studios were more than a year in the planning and design stage, with projected costs rising alarmingly, cash flow problems and then more than a few stumbling blocks during the actual construction. However, problems were overcome – usually with resource to the cheque book, and the studios opened for business in October 1970. In true show business tradition, the occasion was marked by a two-day party during which 400 bottles of Bollinger Champagne were consumed.

The first clients in the newly-opened studios were the Climax Blues Band and Cilla Black – not recording together it must be reported. These would be the first of a Who's Who of British and American popular music who would pass through the doors.

Dave Harries, previously with Abbey Road and now consultant to Mark Knopfler's British Grove Studios, was one of the first to leave EMI's employment to join the new venture across town. He would go on to manage the Oxford Street studios for more than two decades. The original four producers were also joined by a host of other top producers and engineers, each bringing in their own work and signings that would add to the success of the studio. These included Chris Thomas, Keith Slaughter, Bill Price, Geoff Emerick, Jon Kelly and John Punter.

The new studio took off immediately. There was obviously need for such an operation – and the burgeoning music business would go on to support a healthy number of independent studios for years to come.

In 1977, Sir George fell in love with Montserrat and decided to build the ultimate get-away-from-it-all recording studio. Opened in 1979, AIR Studios Montserrat offered all of the technical facilities of its London predecessor, but with the advantages of an exotic location.

"Dire Straits recorded Brothers in Arms on the island and at The Power Station in New York and then finished the project in London. That was really the first album where a lot of it was recorded digitally on a Sony 3324 machine." Sadly, through the combined efforts of Hurricane Hugo and the local volcano, the studio was forced to cease operations some ten years after opening.

Back in London, some 22 years after the opening of the Oxford Street studios, the lease on the Peter Robinson building expired and the next chapter of AIR's colourful history began. The studios moved to their present location in the beautiful Lyndhurst Hall in North London.

In February 2006, the Strongroom's Richard Boote announced the purchase of Sir George Martin's AIR Studios from Chrysalis Group and Pioneer. Since that date, AIR Lyndhurst has continued to be one of Britain's premier scoring facilities, attracting some of the world's biggest movies scores, as well as maintaining its popularity with major classical labels, high profile recording artists and incorporating TV postproduction facilities.

AIR Lyndhurst is currently experiencing neighbour problems. The owners of an adjacent property applied for planning permission for major redevelopment, involving a substantial basement excavation, which could seriously disrupt the studio's operation. As has been widely reported in the National and local press, noted musicians and studio clients have written to Camden Council asking planners to refuse permission for the refurbishment and excavation work at the site.