How many tracks of audio can you play back from a Macbook Air? 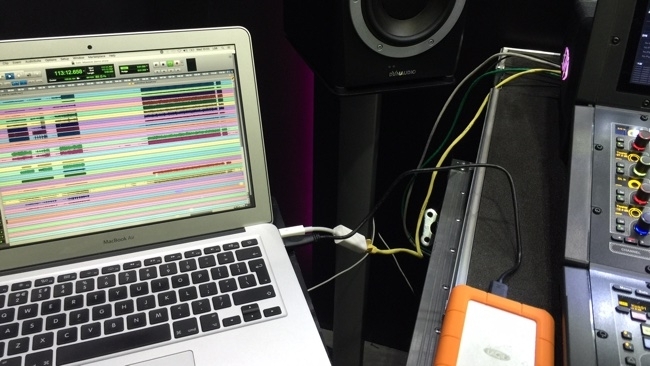 We were shocked to see how many tracks this MacBook Air was playing back.

I saw something today which made me stare in disbelief. I'm at the CabSat show in Dubai. It's a regional trade show where get a chance to see some of the latest video and audio kit close up, and without too many crowds.

The set-up you see above is not an everyday one. It's a Macbook Air connected to an Avid S6L live mixing desk with a simple network cable. I've had laptop like this for a long time, but I've never, ever thought of using it for any sort of media editing or recording. It's perfectly fast for email and browsing but the idea of recording multiple channels of audio to it just sees plain reckless.

Until I saw this. What made me really sit up is that this Macbook Air is playing back sixty four channels of 96kHz audio. That's way more than I expected, and at a high sample rate too.

And all of this flows effortlessly down a single network cable into the Avid digital desk - an impressive device in itself. 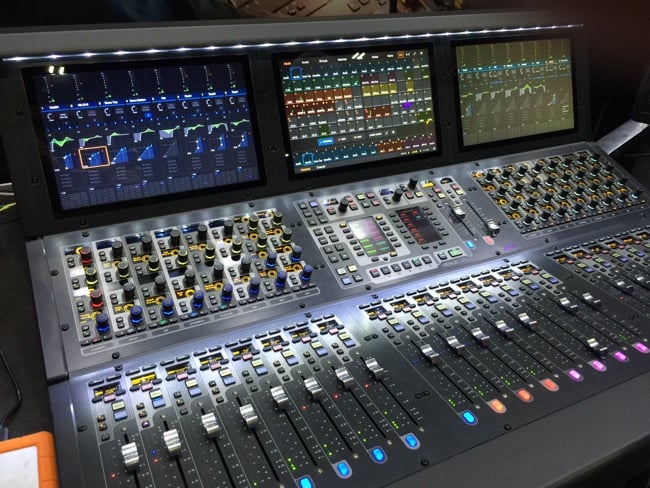 The original Macbook Air was beautifully designed, as is normal with Apple, but it was desperately underpowered. It was barely able to complete the most basic tasks.

But the Air quickly evolved into a decent machine. My five year old i5 machine is still perfectly OK to work on apart from a few small age-related issues. I've never even attempted to do anything ambitious with it. I've since migrated onto a new Macbook - the one with the retina screen and single USB C connector. It too seems nippy, which it shouldn't, because it has all those pixels in the retina screen to power, and only has an Intel mobile processor. I will test this soon with some media activities, just to put the performance of this new Macbook in perspective.

Anyway, it would seem that a tiny laptop is now able to act as a fully-fledged 64 channel digital recording deck. That's instead of one of these: 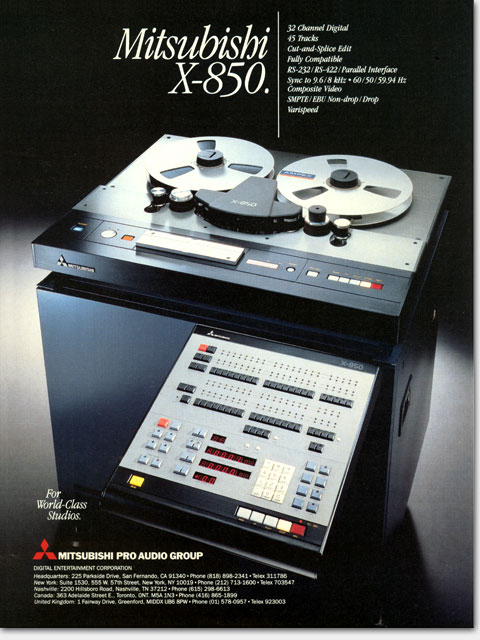