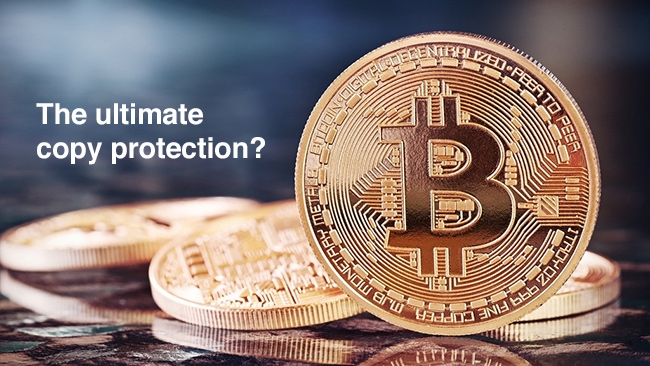 Piracy and illegal copying have been an issue for as long as there have been recordings. Digital audio technology has made things much worse. It was what killed DAT (Digital Audio Tape) as a consumer format. And with internet file sharing, the genie is, seemingly, out of the bottle forever.

It’s a difficult issue, not least because there’s a certain section of society that thinks there shouldn’t be any copyright protection at all. I’m not in that group, because it seems obvious to me that if there’s no way for artists to get paid for their creations, then it’s going to be impossible for them to earn a living.

But how do you enforce this? In my view, big fines don’t work. People who are scared by the idea might be deterred but there’s a much bigger number that take music for nothing because it’s there for the taking. (In any case, it seems hardly fair to massively penalise - and possibly even ruin the lives - of people who have done nothing more serious than copy their CD collection to their had disk.)

If only there were a foolproof way to identify the source of the music.

There have been attempts to do this in the past. “Watermarking” technology has been around for a long time. But it’s largely ineffective, and there’s no easy way to police it. And it’s hard to administer too. The trouble with the vast majority of DRM (Digital Rights Management) schemes is that they are a pain to use. That makes users even less likely to want to pay for their music - because they’re afraid that their ability to listen to it could be taken away at any time. Or, as is even more likely, the system doesn’t work very well and they will be locked out of music that they have paid for in good faith.

But now there’s a real chance that there can be a permanent record of exactly who has owned, and who has copied audio. And it comes from an unexpected source.

Bitcoin is a digital currency that relies on a distributed network of servers that continually validate each individual “coin”. These are, of course, not real coins, but long numbers that refer to the actually chunk of currency. The point is that whenever a coin is transferred to a new owner, the entire history of that coin’s transactions, is stored in its Blockchain. The coin isn’t valid without its entire blockchain record.

This has a profound importance for any sort of digital transaction, because it doesn’t rely on a central database. It means that digital trading can take place in a distributed way, because there’s no need to refer or be connected to a central database. Banks are understandably worried about this because it breaks their business paradigm completely.

All sorts of businesses and enterprises are looking at using this technology. It could certainly work for audio downloads. It would need a new container format, one which would be intrinsically linked to a blockchain mechanism.

But of course, however well this actually works, if you’re really determined, there’s still nothing to stop you holding a microphone in front of the speaker, just like you used to do when you were a kid.