The Quality of Digital Audio Cables 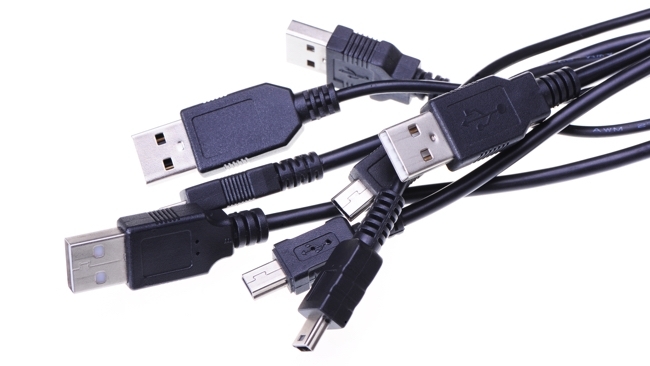 We introduce the problem of measuring digital audio cable quality, in light of a manufacturer's incredible claims.

A while back, we wrote an article in RedShark News about a USB cable that cost £400 and whose designer claimed it improved the sound of the digital audio that it carried (compared to an ordinary USB cable).

I have to say that when I first saw that, if I had a red light on my head, it would have been flashing angrily. That almost goes without saying. But here's the thing: I spoke to the cable designer and he seemed a perfectly intelligent person with no sign of, ahem, insanity.

So what do you do in a case like this where every ounce of experience that you've picked up over the last few decades tells you the claims are nonsense and, yet, the designer of the kit is offering to give you a side-by-side test with an 'ordinary' cable? (He's also offering to give the full price back to anyone who buys the cable and isn't delighted.)

Well, you could use reason and knowledge. Knowledge tells you that while there are things that can affect the quality of digital audio (like 'jitter'), as long as the numbers arrive correctly and as long as they are re-clocked so that they are played out at the correct, original, steady sample rate, then the version that is played back will, inevitably, necessarily, be the same as the original.

I've worked with digital audio for a very long time and there is absolutely nothing I know that would make any of the previous paragraph invalid or wrong in any way. It should be easy to prove. Especially because testing will involve people, who are, you know, the most reliable, consistent and accurate of scientific instruments.

And that's probably why there's a big school of thought that would say stuff like: "don't bother with the testing."

"A simple thought experiment is all that's needed."

"If you think there's a need for a physical test, then you've misunderstood everything about digital audio."

I agree with that, but I also agree that there are sometimes phenomena that are associated with other, core phenomena, that behave unpredictably or, at the very least, in a way that you wouldn't expect.

Think of a table. There's a flat surface, some legs and, around the table top, there's the edge of it. Now, what if I said to you: "scrape some of the edge of the table into a jar. Now stick a label on the jar saying what's in it."

Some of you might be tempted to write 'Wood shavings'. That's not a bad answer, but it's not the only one. The rest of you might write 'Table Edge' or 'Edge of Table'. That's not a bad answer either, but, strictly, it's completely wrong. That's because when you scrape the edge of a table, you're left with a new edge. What's in the jar is not edge at all, it's just wood that used to be part of a table.

So the edge of the table is a real thing that we can talk about, but which we can't take away and measure.

Where does this leave us with USB cables?

In the next article, I'm going to come back down to Earth and talk about a practical testing methodology that will - at least on an everyday level - allow us to distinguish between the sound of two different audio interconnects.