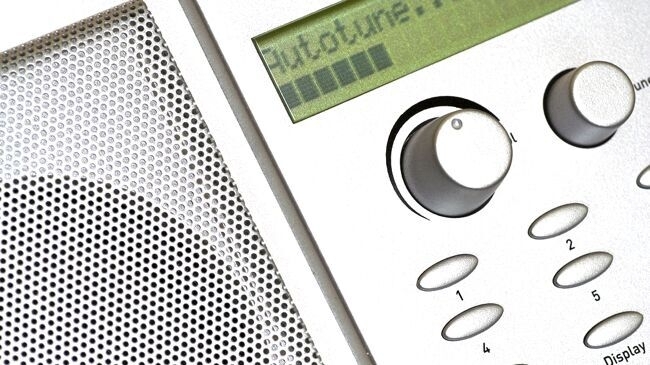 We explore why Digital Audio Broadcasting is disappointing compared to its potential (and how one decades-old decision continues to impact its future).

We're used to technology making rapid progress and, on the whole, that's a good thing. But sometimes it doesn't always work out, especially when people make the wrong decisions.

One of the characteristics of technology change is that it doesn't always happen smoothly. There's actually no reason to expect it to; it depends on scientific innovations and breakthroughs and if you knew exactly when a problem was going to be solved, you could probably solve it now.

The iPhone, for example, came out when it did, because all the technical capabilities that were required had been ticked off. A year before it hadn't been possible. If any one of those abilities had not arrived, neither would the iPhone.

DAB (Digital Audio Broadcasting) radio in the UK is a very fine example of applied technology that arrived at exactly the wrong time and which, despite its undoubted cleverness, is crippled by a poor decision. It's a story that everyone planning a mass market digital audio product should read.

Before digital radio, there was FM (there still is FM, for reasons which will become apparent later in this article). FM was almost unbelievably better than AM, for all sorts of reasons. The main one was that most interference doesn't change the frequency of a radio signal. Since the only thing that matters with an FM signal is the frequency at any given moment, it is pretty much immune to the sort of 'static' that can wreck an AM signal. Even though FM is still analogue, the improvement over AM is as big as a move from analogue to high end digital recording.

So it came as a big surprise and a huge disappointment to radio fans that DAB quality is largely inferior to FM broadcasting. Sometimes the quality is, sadly, an awful lot worse.

How did this happen? Why did it happen?

Partly because it's difficult to make good predictions about the future.

Unbelievably, the course for DAB was pretty much set in place in the early nineties. A Pan-European project called Eureka 147 was set up to look at the viability and scope of Digital Audio Broadcasting, the result of which was a clever architecture where the proposed system would manage to avoid most of the pitfalls of a national (and regional) broadcasting system. It would be able to carry a data rate of around 3 megabits per second (per 'multiplex': a group of stations sharing the same data allocation) and would withstand multi-path interference (where the same signals arriving through slightly different paths combine constructively and destructively). It was - and is now - a good way to 'broadcast' data.

So far, so good. You'd hope that, because it's digital, that quality would be assured. But this is where it all falls apart.

In the early Nineties, digital audio data compression was going though a revolution. Conventional data compression (like that used in Zip files) relies on patterns and statistical analysis. It works well with text and certain other types of data, but not digital audio, which, to a Zip compressor, looks like random data. With no patterns or mathematical trends with which to simplify the data set, it's almost pointless to try to compress using traditional methods.

But there is another way: perceptual coding. Without going into it too deeply here, it relies on the empirical fact that loud sounds can mask other, quieter sounds in nearby frequency bands. The effect is reliable and profound. It means that by not encoding parts of the spectrum that you wouldn't hear anyway (because of the masking effect), you can save around 90% of the data bandwidth. You can literally compress by more than ten-to-one. It's not lossless, but it can be very good.

In fact, you can compress even more than this, but the sound quickly deteriorates.

You're probably familiar with MP3 files. Opinions vary, but you need around 128 kilobits per second to give a CD-like quality with MP3 (personally, I think you need at least twice this, but I am very critical).

But here's the thing. DAB uses an older codec, which is related to MP3, but is significantly less efficient. It's called MUSICAM and is what became the audio part of MPEG video files. By rights, it should be called MP2.

To make MP2 sound as good as MP3, you need 192 kilobits per second. You might not think that would matter much, but it really, really does.

That's because bandwidth in DAB is shared. There's a fixed amount of data available per multiplex, which is a data stream shared by several stations. The more stations you add to a multiplex, the lower the overall bitrate. If you allocate more bits to, say, a classical station, then you'll have to reduce the bitrate of other stations. To some extent, this is fair; it's arguable that a talk-only station doesn't need as many bits as a high quality music one and that it can be in mono. But it does mean that, on average, the quality across a range of stations isn't as good as the technology would actually allow. In almost any commercial discussion, adding more money-making stations is going to take precedence over giving listeners an increase in quality.

So why not upgrade the codec? After all, almost everything is upgradable with new firmware, isn't it?

Not in the case of most DAB radios. To keep the cost down, they've been built around the DAB standard, which calls for MP2 and nothing more. Mostly, these radios have a single purpose chipset dedicated to decoding MP2. These are not upgradable in any useful sense. I would argue that a very long time ago, we passed the point where changing codecs would have been viable. Given that this would have meant literally giving new radios to everyone who had bought an non-upgradable one, this isn't going to happen now.

The only hope is that, with the next generation of mobile networks (5G), there will be such an abundance of mobile bandwidth and such complete coverage that streaming will finally take over from broadcasting (as it already has with a large section of the audience who are, essentially, digital natives). Then listeners can choose the best codec for them.

What should have happened instead? Well, I think it would, at the time, have been possible to foresee more efficient codecs. MP3 is quite a lot better. AC3 is massively better. It would have allowed maybe two-or-three times as many stations per multiplex or maybe slightly fewer than that but with appreciably better quality.

But no, the wrong decision was made and we're still paying for it. Which means that DAB, which is a superb and effective invention, will be forever less than it might have been, because of a single short-sighted decision.

And the terrifying thing is that, if we don't look further into the future than we typically do, we will make mistakes like this again and with increasing frequency.

Meanwhile, FM radio still sounds great. It's like vinyl, without the scratches.