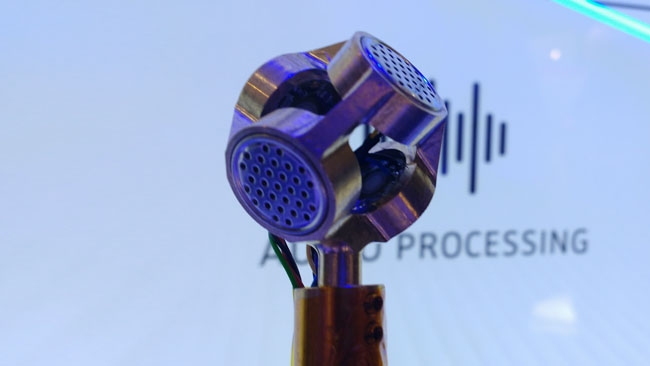 While this year's International Broadcasting Convention (IBC) boasted more than a few VR-related exhibits in its Future Zone, the majority were reasonably conventional in approach: a headset and some video, or perhaps a real-time rendering of a virtual world. Despite the fact that each of these presentations enjoyed a fully immersive audio environment, as well as the ability to look around a virtual world, though, it's really easy to overlook the soundtrack. 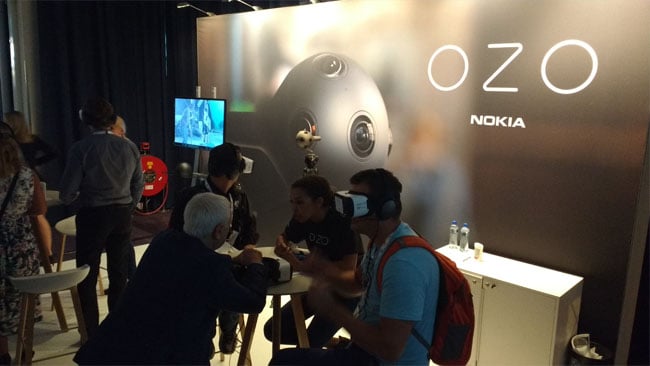 Users try out the Samsung Gear VR in conjunction with Nokia's OZO VR camera at IBC 2016.

Computer games have been creating fully three-dimensional sound environments for years, of course. The approach used there isn't entirely unrelated, at least on a technical level, to things like Dolby's Atmos system, which uses object-based audio. The approach here is to store the sound alongside a piece of metadata indicating where it should be. In a game, that metadata comes from the 3D engine that's providing the environment simulation. In Atmos, it's manually defined, but the basic approach is similar.

There's a huge amount of subtlety to this, of course, and it's a mistake to assume it's easy to ensure that the approach works reliably across a wide variety of circumstances. Different speaker setups in different rooms are all ably handled by Atmos (and many video games) and the results can be spectacular. Nonetheless, there's a lot in common between Atmos and what games have been doing for a while, even if the average games console is only ever connected to stereo speakers.

The Return of Ambisonics

Real-time rendered environments are one side of VR. The other side of VR is that which involves live-action origination, and that might very easily involve a need to record a three-dimensional sound environment from the real world. Doing that is inevitably going to involve multiple microphones in a specially-designed physical configuration, as well as recording devices and postproduction tools designed to handle the output from that particular configuration. 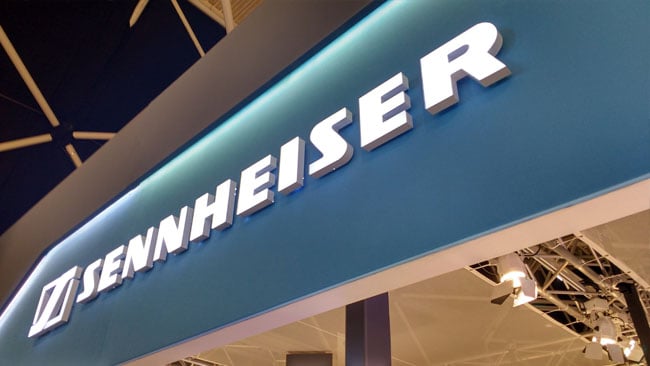 Sennheiser announced Ambeo, a collection of technologies aimed at 3D audio for VR and AR, in early 2016.

Sennheiser has been talking about its Ambeo system since early this year and showed components of it at IBC. The company calls the microphone, unequivocally, the 'virtual reality mic', and it's proposed for launch in the fourth quarter of this year. It has four capsules, four outputs and produces signals in accordance with a surprisingly venerable set of standards: the Ambisonics spherical sound technique, which was developed in the 70s. Ambisonics has enjoyed an unexpected rise to prominence more than thirty years after its initial development, specifically because of the rise of VR.

The Sennheiser Ambeo microphone produces signals in Ambisonics' A-format, which can be straightforwardly converted to B-format, using Sennheiser's own software. B-format is used by Youtube and Oculus and has therefore become something of a de-facto standard for both postproduction and distribution. Other tools exist to mix point sources into the sound field in a controllable way. It's possibly a device aimed more at the GoPro VR crowd, since sound designers working on carefully-produced material will, as in Atmos mixing and as in video games, generally prefer to have separable sounds for greater control.

Sennheiser has recognised this situation. The introductory page for the overall Ambeo technology talks about libraries of audio with three-dimensional information for gaming and augmented-reality applications. There are circumstances where this makes sense and others where it's probably less useful; that bird call we talked about earlier would only have 3D information in it based on the reverberation environment in which it was recorded.

The Future Zone at IBC 2016 was a hotbed of VR activity.

That might be useful, or it might not, depending on how well the recorded environment matches the apparent, virtual one in which the sound will appear. Even in the up-to-the-second world of audio for VR, a nice dry recording is probably still most useful where single-point sounds are involved, although there are certainly circumstances – the middle of a pitched battle, perhaps – where a full sound field is a better approach.

As with both the technology and technique of the corresponding visuals, virtual reality audio is still very much in a state of flux, and we can expect to see a lot more of this sort of thing over the next few years.