Making the most of dual system audio for video

Linear timecode has been in use since the 80s, and so has this TimeLine Lynx controller.

We breakdown your options for dual system audio recording for video.

If you're at the level of filmmaking where timecoded audio is an expensive luxury, you're probably also quite used to having someone wield the clapperboard whose concept of takes, scenes and slates doesn't quite line up with that of the camera department. Combine that with a script supervisor who's either inexperienced or invisible, and the stage is set for a tedious few evenings' work searching for a .wav file which has the words "slate eight, take one hundred forty-two" at the beginning. Or at least somewhere vaguely near the beginning. During the first half, anyway.

The usefulness of dual-system sound should not be overlooked. The technical quality of standalone recorders often eclipses that of in-camera recording and the option of a camera unencumbered by cables is an attractive one. And of course, it's possible to achieve dual system sound without modern conveniences: clapperboards only exist because there was a need to synchronise sound and picture using technology only one step removed from clockwork.

With this in mind, then, here are three things which can make life a lot easier for small, inexperienced, rushed or under-equipped crews who would nonetheless prefer to allow both the sound and camera departments extra flexibility.

Record it on the camera anyway

Even highly-portable cameras such as this Sony PXW-X180 can have very serviceable audio recording facilities.

This doesn't mean a cable; it can also mean a radio mic. If we assume the sound recordist will be making a recording to flash card anyway, it's quite reasonable to rely on a radio mic to feed the audio to the camera so that we can enjoy immediate, no-effort availability of high quality synchronised audio. If the radio link turns out to be unreliable at a critical moment, we can fall back to the flash recording.

Convenience aside, though, the purpose of this section is to investigate the common feeling that audio facilities on a simple camera don't achieve a high enough technical standard. Whether that's because the inputs are unbalanced or because the input amplifiers are noisy, it's worth carefully evaluating whether the camera's audio is bad enough to justify the inconveniences of external recording. If your production is, without question, going to theatrical release and will be played back at positively painful sound pressure levels at the local gigaplex, that's one thing.

YouTube is quite another and gaining a decibel or two of noise floor may not be worth the extra work. Time on set is pressurised and expensive to the point where things that seem like trifling inconveniences during prep start to look like an inexcusable waste of time on the day. Similarly, nobody's proposing that cameras with catastrophic mis-features, such as mandatory automatic audio level control, should be used and, in general, it's fine to sacrifice convenience for better results, but only to the extent that the inconvenience doesn't begin to affect other things. It's easy to fall into the trap of insisting that one area of technology must be perfect to the extent that it starts to affect the production as a whole. 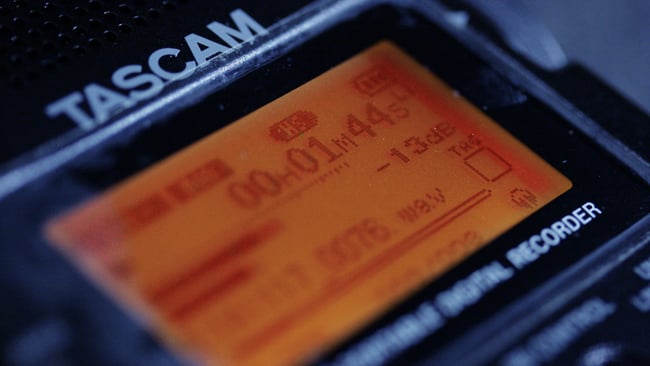 Standalone audio recorders are great for backup and may be small enough to attach to the boom pole,
but may not always be necessary.

"But my audio recorder doesn't have a timecode input," you cry.

Well, actually, it does: SMPTE-12M linear timecode is just an audio signal, having been developed, in part, with the goal of adding timecode capabilities to video recorders that had a spare audio track. Most audio recorders have stereo inputs and often we're only interested in one of them, to record a single boom mic. It's quite feasible to use the spare channel to record timecode. In postproduction, software can be used to read the timecode signal out of the audio track and produce a mono broadcast wave file (I wrote software to do this – if anyone is interested, say so in the comments and I'll clean it up and release it.)

There can be problems. Some recorders won't allow one input to be at mic level while the other is at line and linear timecode is often a loud noise, even for line level. If we're working in microphone input mode, the timecode signal will need to be reduced, although this can be done with an inexpensive passive attenuator. Even then, it's worth running a test to ensure that the raucous timecode signal is not bleeding into production audio, though that would require incredibly poor crosstalk performance from the recorder. 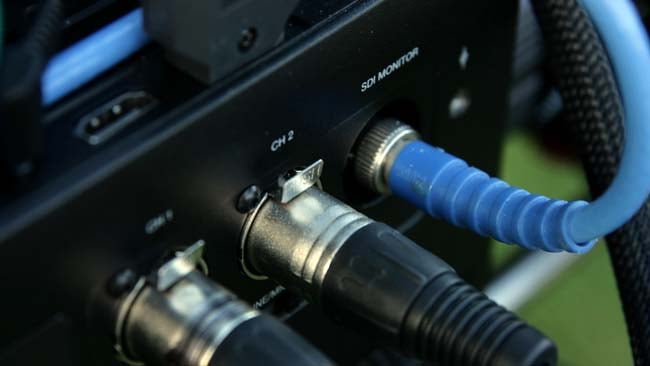 This has the advantage that it's possible to create timecoded broadcast .wav files which can be plugged straight into a high-end workflow. Getting the timecode from the recorder to the camera (or vice versa – it's quite possible to record the sound department's timecode on the camera) may still require a cable, but if the sound people have one, connecting a simple (if pricey) lockit timecode box to the camera can make a timecode workflow possible even on a very elementary DSLR.

Work the postproduction kinks out in prep, of course, but it's very feasible.

Red Giant's software attempts to match audio and video by observing the actual audio content of an on-camera scratch track (such as that produced by a DSLR's onboard mic) with the full production audio. It can work extremely well, although handling noise, poor placement, automatic gain control and other problems can make the software work extra-hard to find a match. It can also become quite problematic on complex, multi-day shoots and there's generally some need to be able to at least roughly associate which audio goes with which shots. It can be a great timesaver and is well worth trying out, but test in the likely shooting scenario before blithely relying on it.

And a special bonus recommendation for the low- or micro-budget production:

Various systems exist worldwide for numbering audio and video files and people who do a lot of it often assume that theirs is the one true way. The system of relating scene numbers to the shooting script offers conveniences to the editorial staff, script supervisors, continuity people and even the director and assistant directors. However, it does actually require that those departments exist and are staffed with experienced people, otherwise it can be very difficult to keep track of where we're all supposed to be. If the camera department has decided that a particular take represents a new setup and everyone else hasn't, enormous complexities can ensue.

The approach taken on at least some TV work in the UK is simply to start at zero and count up every time a new setup is announced. This is simple and readily understood by even the most inexperienced new clapper loader and long-running TV series can crack open a bottle of bubbly every thousand slates. It may cost some convenience in post, but edit time is much, much cheaper than production time, at almost any level. 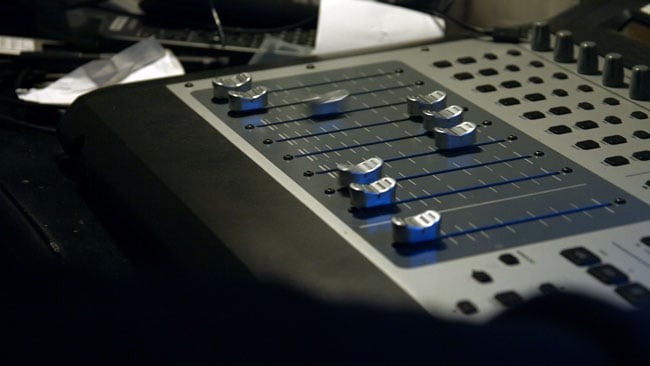 By this point, everything should be easy.

In many ways, that's the crux of the whole matter: deferring work to a point where it can be done and decisions can be made outside the pressure-cooker atmosphere of a film set, but without creating a situation that will provoke angry emails from the editor.