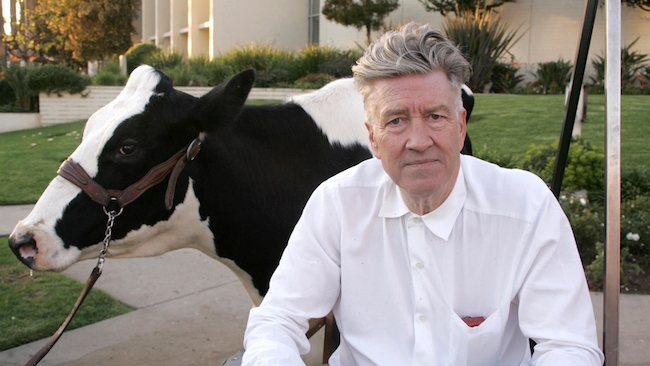 Kevin Hilton kicks off a new series looking at the art and techniques of movie soundtracks with an examination of the skewed sense of reality that the audio brings to David Lynch’s classic title Eraserhead.

David Lynch's Eraserhead (1977) was familiar to me long before I saw it after someone I was at college with told me about some of its most graphic incidents. But even his enthusiastic description did not prepare me for how truly peculiar it is. Or how much sound creates a sense of unreality and strangeness.

The impact of the soundtrack is all the stronger because the sounds are ostensibly rooted in the everyday. The recognisable hums, wind noise and rattling radiators are not necessarily weird or unsettling in themselves but put together and laid under the grainy black and white images telling the bizarre story of hapless loner Henry Spencer (Jack Nance), they take on a new dimension.

The near-incessant industrial hum, electrical crackles and whistling winds ultimately create a skewed sense of reality, blurring the boundaries between the two worlds that Henry is aware of. The opening of Eraserhead establishes a supposedly parallel world on a strange planet. The sound sets up the sensation of an otherworldly environment; a pervading atmospheric noise rises and falls in pitch and intensity. A rushing effect produces a music-like chord, with added bass, as the camera moves through the landscape.

Lynch has expressed his love for sound effects as music: "I think sound effects are music. You can have a feel for things and you don't really know where it comes from." It is a technique he has used extensively in his films since the early shorts, notably The Grandmother (1970), which marked the director's first collaboration with Alan Splet. Lynch is unusual among directors in not only having a strong sense of sound but by being actively involved in creating and recording sound effects on many of his films.

For Eraserhead Lynch worked on the effects with Splet, who also handled location sound and dubbing. Wind, specially recorded by Splet, and a rhythmic industrial noise form the aural backdrop to our first encounter with the 'planet'. Here we first see the mutated baby creature that will become the bane of Henry's life. This grotesque bundle of non-joy appears out of Henry's mouth, while a character identified only as the Man in the Planet operates levers, producing lift-like sounds. As the 'baby' falls into water and submerges with disturbing glooping noises, the other sounds rise to a crescendo.

The scene cuts to what appears to be reality but the hum from the other world continues. As Henry walks through a bleak, industrial wasteland creaks, scrapes and clanking noises ring out from factories and other surrounding buildings. Eventually he reaches his apartment block but inside is no quieter or reassuring. Lights flicker audibly and even the lift doors sound menacing. The hum continues in Henry's flat, with a booming in the background, none of which he appears to notice.

Speaking to Chris Rodley for the book Lynch on Lynch, the director observes that Henry's room is cosy, the only place where the tormented character has some respite and is able to mull over his life. In an effort to relax Henry listens to records on an old gramophone player, most of them featuring the jazz pianist and singer Fats Waller playing a Baptist pipe organ. These echoing, almost sinister recordings also appear in scenes featuring the Lady in the Radiator, the focus of Henry's affections and hopes as his life and world become ever more nightmarish, albeit in a mundane way.

Part of this mundanity comes in Henry's pursuit of a conventional, domestic life with the equally unfortunate Mary. A man having an awkward dinner with his girlfriend's parents is a cinematic staple; the scenario gives plenty of scope for something toe-curling but Lynch goes further, into the realms of the stomach-churning. Recognisable awkwardness comes from strained silences, all the while punctuated by the ever-present hums and hissing radiators. The hiss of stream and other noise often drowns out what little dialogue there is in the film, dramatically illustrating the struggle that the characters have to communicate.

During this excruciating sequence comes perhaps the film's most celebrated moment, certainly the one that made my college contemporary so incredulous. As the unappetisingly small chickens offered as dinner are carved they expel a black ooze with a suitably disgusting sucking-pumping noise. Henry attempts to escape this but is confronted in the kitchen by Mary's mother, who questions him about her daughter's pregnancy.

With a whooshing sound worthy of The Evil Dead (1980), the camera suddenly and dramatically moves through the room. From there we jump to Henry's quieter - but not noiseless - life as a single parent. Clicks, rumbles, distant music and the buzz of electricity, often from flickering lights, and the hissing of radiators all combine to provide a tonal backdrop on top of which the pathetic but still hideous baby cries, mewls and occasionally laughs.

After suffering more bizarre encounters and indignities, Henry finally cracks, stabbing the monstrous infant with scissors. As the baby is engulfed by its own gunk, the sound builds to a chord and then slows down. Despite the best efforts of the Man in the Planet, the alternative world begins to explode amid a crescendo of flickering noises and hum. At last Henry is brought together with the Lady in the Radiator. As she hugs him the sound cuts abruptly, bringing peace at last for both the troubled anti-hero and the audience.

In the early days of his career Lynch used what equipment he could get hold of. As he became more successful modern technology became available to him but he maintains that all that really matters is the sounds and how they are mixed together. Lynch and Splet, who worked with the director up to, and including, Blue Velvet (1986) and sadly died in 1994, used many of the sounds first heard in Eraserhead for other films but is on their first feature together that the now Lynchian trademark hums, flickers and winds came together so effectively that they have stayed in the memory and created a distinct style of their own.