Not all keyboards are created equal 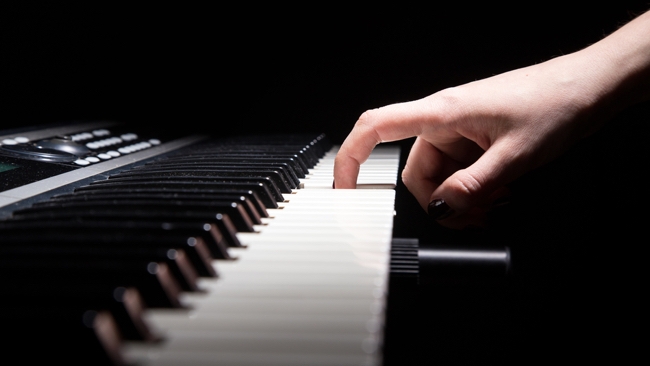 A keyboard is a keyboard, except that any keyboard-type is different than any other keyboard-type, calling for their own unique techniques.

If you thought QWERTY keyboards were an inefficient anachronism from the typewriter era, then what must a piano keyboard be? The ergonomics of this universal mechanical and (to some extent) haptic interface to a music instrument are so bad that it's hard to know where to start. It's not even curved.

But saying that is missing a hugely important point, which is that it works. Anyone who can play a piano keyboard can play any keyboard instrument.

Except that they can't, really.

While it's perfectly true that any keyboard player will be able to find and play specific notes on any keyboard instrument, that doesn't address the fact that the instruments themselves are remarkably different, with each requiring a sometimes radically different technique.

Let's start with something that's completely obvious: organs and pianos. Home organs were very fashionable in the sixties and seventies. You often still find them sitting resplendent in people's living rooms, very likely untouched for thirty years. And anyone brought up playing an organ is probably going to struggle the first time they play a piano.

The first thing they'll do is play a chord with their left hand and then wonder where the sound's gone after a few seconds. Every instrument from a piano to a clavinet to a polyphonic analogue synthesiser needs a different technique. Some keyboards are mere switches: it doesn't matter whether you stroke them softly or hammer them; it won't alter the sound. Others have pressure and velocity sensitivity.

On top of that, most electronic keyboards have pitch and modulation controls, so you can bend up to a note and add vibrato, tremolo or even control a filter setting in real-time for the duration of the note.

Not only does this add an incredible degree of controllability to the sound, but it means you can apply different playing styles to each sound the keyboard can generate. With piano and organ sounds, you won't need the pitch and modulation controls. Sampled instruments can be made to sound much more authentic with judicious use of the controls. I was always able to surprise audiences with realistic guitar solos by selecting a suitable guitar sample and bending the pitch upwards to reach the main note. This meant that if you wanted to play an E, you'd hit D on the keyboard and bend the pitch up by a tone. It takes a bit of getting used to and it's slightly unnerving knowing that you're playing essentially a wrong note, but it does become second nature after a while.

For wind instrument samples, you need to play the actual note (say an E again), but before the note sounds, you need to bend the pitch down a tone. Then when you play the note, you allow the pitch wheel to return to neutral, which is when you'll actually hear an E.

Sounds complicated? Not after a few minutes practice. Listening to the instrument you're trying to emulate will certainly help.

The idea of modifying a note while you are playing it (or having the note itself evolve for its duration) is a subject in itself. We'll come back to talk about that soon, referring, of course, to analogue and digital synthesisers.