The best audio experience you can get 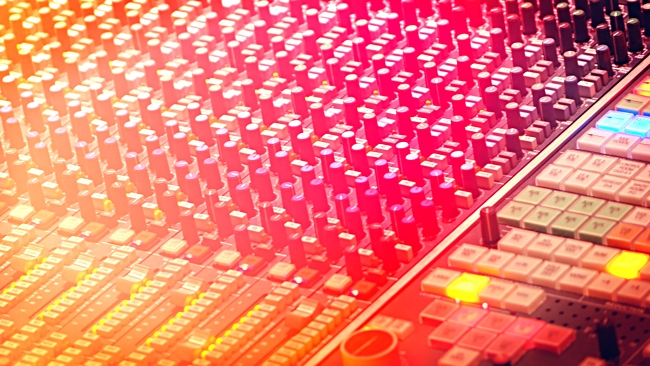 From a live performance at the Royal Albert Hall to the control room at Abbey Road Studios, David Shapton on the best audio he has ever heard.

For years, as an unreformed audiophile, I’ve fantasised about the best audio experience you could possibly get. Obviously the best experience is the real one. I’ve never yet heard anything as wonderful as Mahler’s Symphony No 2 in the Royal Albert Hall in London, complete with concert organ and gigantic choir. Nor, for that matter, as good as Mahler’s 9th Symphony at the same venue, as the final movement died away leaving a silence that was as structural as any part of the work. It was a full thirty seconds before the applause, tentative at first, kicked in.

Apart from live performances, I’ve been lucky enough to have heard some very exotic and high end audio equipment.

I like to think that even with my ageing ears I can tell good from bad, and excellent from merely very good.

But this week i heard audio that I would class as uniquely good. And when I tell you where I was, it shouldn’t come as a surprise to anyone.

I was in the control room of Studio Two at Abbey Road Studios, which is said to be the first purpose built studio in the world. Even though it’s famous mainly for recording the likes of the Beatles and Pink Floyd, it’s now used largely for orchestral recordings.

I was there at the invitation of Audio Network, an company that commissions and records very high quality music which they make available to content creators to use for a single fee. It’s a great way to buy excellent quality music to use in films and videos, without any complicated rights issues.

When I was there, Audio Network was in the middle of a session recording some music by Skaila Kanga, an extremely accomplished harpist who has played in virtually every feature film that has included harp music from the last forty years. The music was arranged by Chris Egan, and I have to say it sounded wonderful.

Let me just elaborate on that.

We were in what could be regarded as the perfect acoustic environment. The sound in the studio itself is lively but not too reverberant. To me it sounded like a chamber music concert hall with particularly good acoustics. So, the musicians were playing essentially below us, and we could look down on them through a small window on the side of the control room.

The speakers in the room were Bowers and Wilkins 801s. These “price no object” units often feature in lists of the top speakers you can buy and I have to say that I have rarely - if ever - heard sound as good as this.

Audio Networks records a lot of music at Abbey Road and their sessions there are busy and focused. But amongst the matter-of-factness, there was time to soak up the amazing music and get lost in the sheer sonic beauty of it.

Dominating the room is a Neve 88RS. This imposing desk is a visual feast; the highest of tech, but resolutely analogue. Neve claims that this console surpasses the best digital audio, with a frequency response above 100kHz and incredibly low noise. I have to say that I have never heard anything like it.

It really doesn’t get better than this. I’m a firm believer in digital audio’s ability to reproduce sound to the highest level (and indeed this performance was - of course - being recorded digitally - onto ProTools).

But I had never realised analogue had so much life left in it.