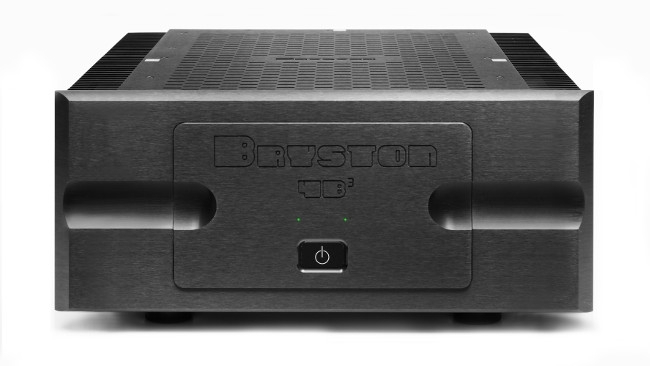 Bryston has revamped its power amplifier line with innovations that should improve quality over previous models. By Dan George.

Canadian manufacturer Bryston has announced a new range of power amplifiers, something that has become famously infrequent. The new 'Cubed' range replaces the older 'Squared' series and features technology that Bryston has secured a patent on. Developed by Bryston in partnership with the late Dr. Ioan Alexandru Salomie, this takes the form of a super linear, low-noise input buffer which Bryston claims aids transparency and overall musical enjoyment.

As well as the input stage, the new amps feature an all new RF and audio frequency noise-filtering circuit positioned before the power supplies. This is much more robust than the circuit used in the preceding models. The claimed result of this change is "an expanded spaciousness and depth of focus, improved mid-bass clarity and more air and openness in the high-frequencies."

The new models also feature revised casework that has evolved the traditional Bryston design aesthetic. The amps still look 'Bryston', but feature a new front panel with a milled aluminium design that allows the new amps to be identified at a glance. Black is the standard finish, but silver is available as a special order. As is Bryston tradition, the models are available with and without front panel grab-handles.

Initially, the two models available are the 300-watt stereo 4B3 and the 600-watt mono 7B3 at £5,299 and £5,449 respectively. Both models have balanced and unbalanced inputs and the 4B3 can be bridged into a 900-watt mono amp for particularly demanding applications. Both models have variable input gain settings to best match the accompanying electronics and, despite their prodigious power outputs, do not use cooling fans, relying instead on convection to keep things cool. Other models are due to follow in the next few months. All will feature Bryston's legendary twenty-year warranty.