Replay: Sony stopped production of Minidisc recorders and players after 21 years in 2013. Most 20 year old audio enthusiasts would be surprised to hear that they were born after the arrival of this digital audio disk system. But how did it manage to cling to life for so long? 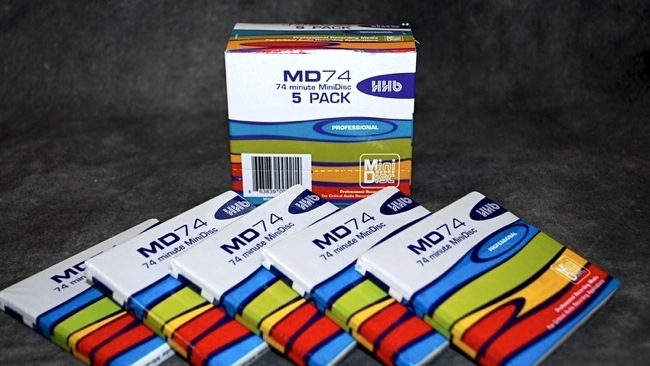 Sony's Minidisc: a brave look into the digital future

On the face of it, Minidisc was the perfect format to replace the seriously obsolete Compact Cassette. It had most of the advantages of a non-linear optical format, with the convenience of a small tape. In fact, I spent many a happy hour duplicating my CD collection onto Minidisk simply because it was a handier format. But most people did the opposite, and copied their friend's CDs onto recordable CD blanks. And that, unfortunately, was a major factor in Minidisc's failure to catch on.

But it wasn't the only reason. Remember Napster, the file-sharing site that kick stated the MP3 revolution? The thing that the Minidisc very specifically didn't do was work with MP3s. It only worked with Sony's proprietary codec called ATRAC. So it very quickly became irrelevant. And that was that.

Except that it wasn't.

The new millennium brought MDLP - a long play version of the format based on ATRAC 3. The new codec allowed better quality at standard recording times or twice the length at "medium" quality. In 2004, Sony launched Hi-MD, with a 1GB disc capacity and the ability - at last - to record uncompressed audio.

Meanwhile, away from the fickle consumer market, professionals absolutely loved Minidisc. It had all the features that you'd need if you were a sound recordist, sound designer, or - especially, in fact - if you worked for a radio station.

All kinds of professional variants sprung up and anyone with a working interest in audio invested heavily in the system. It was even popular with psychotherapists, who used it to record their sessions for training and compliance purposes.

I'm not sure what I'm going to do with my vast Minidisc collection. I'm definitely not going to junk my three Minidisk devices, especially my portable version, which was a particularly lovely piece of miniature Sony engineering.

What I will do is remember what a plucky little format Minidisc actually was: a brave look into the digital future, whose promise was scuppered internally by its own unpopular audio codec choice, and externally by the unstoppable rise of MP3 - and an obscure, battery-powered device called an iPod.