The Limits of Hearing 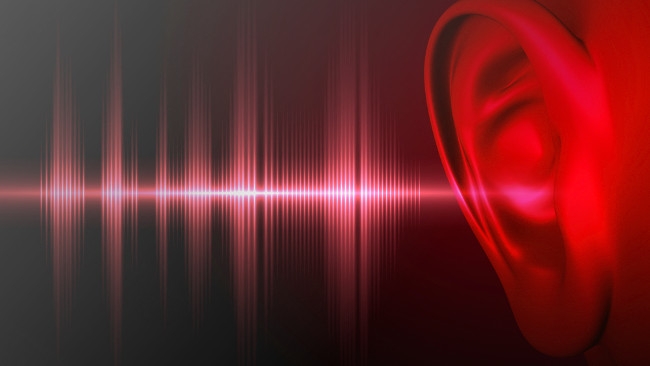 Replay: Here's a helpful primer on how well our ears measure the sound around us, as well as how changes in frequency, loudness and duration affect perception. By Christian Luther.

Our ears are the most important instrument to measure sound in all its aspects and complex variety. But, in fact, how well do our ears measure sound? Luckily, decades of hearing research have gauged some of the outer limits of auditory perception very precisely. Below are nine limitations of hearing that you should know about.

Our hearing is limited at the bottom end by the threshold of hearing, which depicts the softest sound pressure level a normal healthy human can perceive. It's frequency-dependent and lowest around 3 kHz, where the human ears are most sensitive.

For frequencies higher than 3 kHz, the threshold also begins to rise gently and, over 16-18 kHz, it suddenly increases very steeply.

Obviously, the threshold of pain is still hard to measure reliably, since measuring it would involve a massive risk of damaging the test subject's hearing forever. Thus, there are lots of different numbers floating around. Generally, these are around 120-140 dB SPL, being much less frequency-dependent than the threshold of hearing.

The Highest and Lowest Frequencies

For low frequencies, it's a bit harder to precisely determine a hard limit. The threshold of hearing increases only gently for low frequencies, so there's no steep 'cut-off' as observable at high frequencies. Also, low frequencies (if you're able to produce them at all without too much distortion) can be additionally perceived by different means, like bone conduction and feeling vibration and rumbling. It is not that trivial to determine where sound ends and rumbling begins, but a good general ballpark measure is around 20 Hz.

Typically, a loudness difference of up to 1 dB between two subsequent (otherwise equal) sounds may go unnoticed by the listener. But this figure depends a bit on the general loudness and frequency of the initial sound. For louder sounds, we can notice level differences as small as 0.5 dB. At the softer end of the loudness spectrum, the difference needs to be rather 1.5 dB to be perceived.

For two subsequently played notes, most people are able to notice pitch differences as low as 3 cents, which amounts to an absolute difference around 1 Hz at 500 Hz. If both notes are played simultaneously, pitch differences are easier to spot, due to the beating produced by two only slightly-detuned notes. But what we hear then is not two separate sounds, but the combination of both. Which brings us to...

Although the resolution for discerning two subsequent sounds of different pitches is very fine, it becomes much coarser when sounds are played simultaneously. However, the human hearing is still very good at separating different sounds. To achieve this, the auditory system segments the frequency spectrum into bands of about 1/3rd octave bandwidth. Two simultaneous sounds where significant portions are at least 1/3rd octave away from each other can be perceived as two separate sounds. This is probably also the reason why simultaneous intervals smaller than a third can sound very annoying.

In a similar way, we can ask the question how much apart in time two sounds must be for perception as separate sounds. The threshold here is around 20 ms. If the time difference between two similar sounds is smaller, it is perceived not as two sounds, but a coloration of a single sound. This is especially relevant for the perception of reflections and echoes and plays a key role in determining sound source distance and room size.

The Softest Sounds in a Mix

Most of the above is considering single sounds or two slightly different versions of the same sound. In a complex scene, such as mixed music, all these factors come into play at once. But additionally, there is also the phenomenon of frequency masking. The best way to think about it is that one sound at one frequency increases the threshold of hearing for a whole range of frequencies.

This means that the nearer a second sound is in frequency to the first sound (called the masker), the louder it must be to be perceived at all. The masking effect is stronger for frequencies higher than the masker frequency. Audio compression algorithms make use of this phenomenon intensively by removing sound components that are masked by other sounds and thus would not be audible anyway.

Knowing the limits of hearing is essential to making good decisions when working with sound. Not only does it help you prioritize what to worry about first, but it also helps you construct recordings and mixes with maximum impact and clarity, while keeping distracting and competing elements at a minimum. You can deliberately control and exploit phenomena like masking, time and frequency resolution to move specific elements in or out of the hearing range. Try it out for yourself! Explore and conquer the limits!