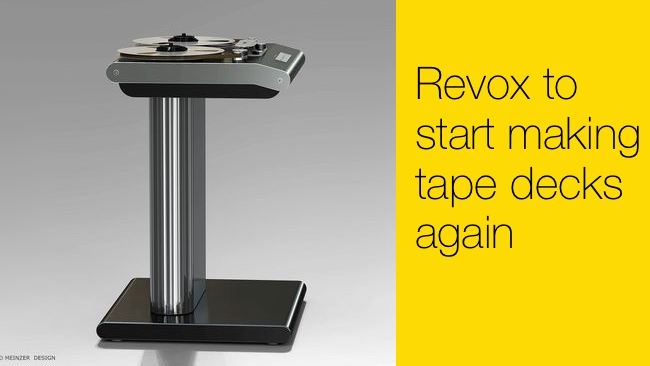 An iconic product from an iconic manufacturer is going back into production.

Four weeks ago we wrote about Swiss tape deck manufacturer Revox, which has set up an internet shop to sell very high quality copies of original studio masters, so that analogue audiophiles can listen on their own tape decks and bask in all the sonic goodness that a very long piece of rust-coated plastic can muster.

But what do you do if you don’t happen to have a working Revox deck? They’re not exactly commonplace these days, despite Revox’s valiant efforts to keep existing owners’ machines running.

With interest in the format apparently growing steadily, Revox has made the decision to start manufacturing tape decks again, not merely duplicating the old design, but with a new machine altogether, albeit one that uses some parts that are based on the original A700.

The new machine will cost 5000 Swiss Franks (that’s approximately $5000) and will be playback-only. It will be produced in Slovakia.

This is definitely not going to be a mass market product, but we suspect that Revox will sell as many of them it can make.