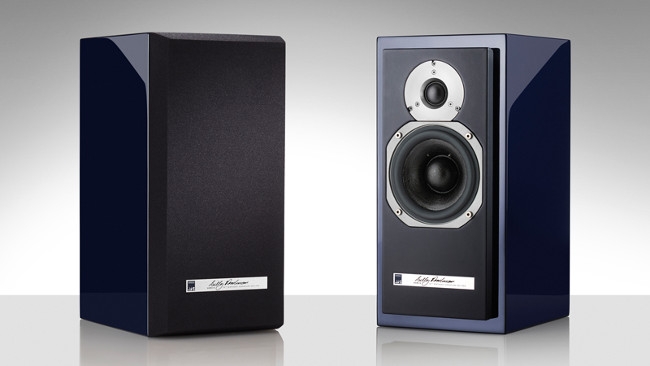 To commemorate the 70th birthday of Billy Woodman, the founder of ATC, the company is rolling special versions of one of its most popular speakers. By Dan George.

Professional and domestic loudspeaker manufacturer ATC has announced a limited edition version of the SCM10 mini monitor. Based on the highly regarded SCM10, which was originally launched in 1990, the SCM10SE features extensive revisions to both the drivers and operating components, as well as an aesthetic makeover.

To this end, the SCM10SE retains the basic design and overall dimensions of the original SCM10, but there have been some significant changes to convert it to SE specification. The original soft dome tweeter has been replaced by the company's brand new SH25-76S 'S-Spec' 25mm dual suspension design and the midbass driver has been changed to a 125mm mid/bass unit in the latest version, complete with integral soft dome. Both drivers are entirely designed and built in-house at the company HQ in Stroud, Gloucestershire. The system's crossover is redesigned for the new drive units and uses ATC's hand-wound air-cored inductors and high performance polypropylene capacitors throughout.

Externally, the SCM10SE also gets a complete makeover to reflect its special status. Historically, ATC has tended towards functionality when finishing its speakers, but the SCM10SE features a deep blue piano gloss cabinet and a leather front baffle supplied by Eissman, who is responsible for a number of luxury car interiors. The external detailing is finished off with an aluminium tweeter waveguide and matching driver surround. A removeable grill is also supplied.

Only 70 pairs of the SCM10SE will be produced at the exactingly specific price of £3,491 a pair, to commemorate the 70th birthday of founder and managing director of ATC Billy Woodman. Prior to founding ATC, Billy worked in Australia before moving on to Goodmans. After leaving Goodmans, he set up ATC, where he remains to this day. Each pair of the SCM10SE will be supplied with an owner's guide supplying more information about both Billy and the company.