So, what exactly is good sound? 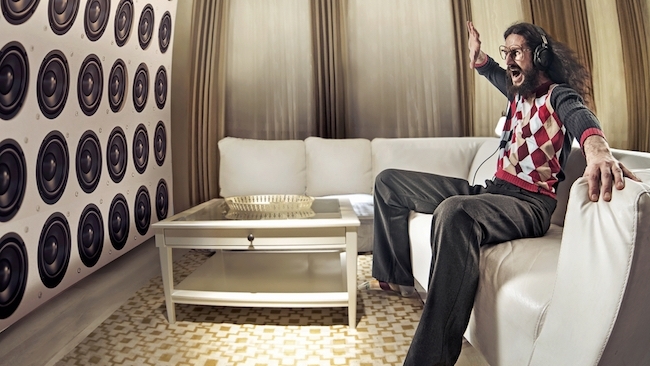 Yes, but is it good audio?

As industry professionals, it’s a question we think we know the answer to, but do we really know what good sound is, or even how to achieve it? By Dan George.

We’ve all heard folks say it before: “that sounds good”, when we know better. Yet good sound is so utterly subjective, it becomes surprisingly hard to define. What three single words would you use to describe it if asked? Even experts disagree on the fundamentals. With both the hi-fi industry and the consumer striving to achieve good sound, how much of a challenge is it, when it can’t easily be defined and there’s no real constant to measure it against?

With fifteen years’ experience in the hi-fi industry, I should know what good sound is. What good sound actually sounds like. But, do I? A decade on a hi-fi magazine that reviewed over 600 products per year helped for sure, but I know people with several decades’ experience. We’ll come to them later.

These days, instead of testing products and editing reviews, I get to hear a lot of systems. Manufacturer systems used as reference, systems at hi-fi shows and systems at reviewers’ houses. They all sound different. Sometimes dramatically. Yet they all strive to achieve a similar goal: good sound.

In the last fifteen years, I’ve met all kinds of ‘experts’: engineers, designers and reviewers, all with their own opinion of how sound should, er, ‘sound’. Some say it’s all about transparency. Others insist on musicality. Then there’s dynamics, transient speed and fidelity. So, how can we define it? In this feature, we’re talking to some of the audio industry’s most influential characters to find an answer.

The pursuit of perfection: technology, the enabler

If the holy grail of high fidelity is getting as close to the studio master tape as possible, then thankfully, technology is rapidly helping us achieve it. There was a time when tech giants dismissed the notion and companies like Apple convinced the public compressed MP3 files were perfectly adequate (despite Jobs being an audiophile!). But, tech moves fast.

Now, the internet, which played its own part in damaging the hi-fi industry, is now enabling it with CD- and high-resolution streaming services in abundance that require hardware to exploit them. Headphones, desktop audio and portable audio are booming categories. You could even argue there’s never been a better time for music.

So, the way we’re accessing and enjoying music is changing, but the pursuit of perfection remains constant. But the question remains: what is ‘good’ sound?

Can the experts agree?

I put three questions to a group of individuals I knew had the answers: professionals that have devoted decades, if not their entire careers, to the pursuit of audio excellence. I asked: ‘What is good sound’; ‘What three adjectives best describe it’ and ‘What is the most important thing you’ve learned in achieving it?’

First up, is Paul Messenger, editor of the no-nonsense quarterly Hi-Fi Critic, former editor and publisher of a number of hi-fi titles, and a man who for many years, if not decades, was the authority on loudspeakers in the UK, such was the volume of product passing through his doors. “Good sound is sound which communicates the musical message effectively: coherent, balanced, well-timed.”

Paul was famous for his six-way panel-based blind-listening speaker group tests, which were not only tricky to set up, but were the envy of other publications. Paul’s single most important lesson? - “Timing is the most important ingredient in music.” The sentiment is echoed by another industry veteran journalist, Jason Kennedy, editor/owner of the-ear.net and a professional system-builder for private audiophiles. “Timing is everything. You can have as much bass, mid and treble as you like, as deep a soundstage, but if it doesn’t time, it ain’t music!”

On defining good sound, Jason says: It’s sound that let’s you enjoy your music and makes you want to listen to it more than anything else”, which conveniently aligns with Paul Messenger. “Revealing, fluent and natural” were Jason’s trio of chosen adjectives, something he always manages to achieve whenever I hear his ever-evolving system.

Moving away from reviewers, I wanted to ask a man who has virtual celebrity status in the industry such is the success of his recent string of products. Rob Watts is Chord Electronics’ digital design consultant, a silicon chip designer for some of the world’s tech giants and an audiophile who has been working in audio for 30 years. Rob is also the man behind Chord Electronics’ DACs, which in the words of What Hi-Fi? magazine, have “dominated the best DACs of 2015”, winning three awards out of four last year.

So, timing crops up yet again and so does involvement, enjoyment and communication. Finally, it was time to ask someone who in his working career, has probably seen more kit pass through his doors for testing than anyone I can think of, Ketan Bharadia, What Hi-Fi?’s International Technical Editor. Quite simply, Ketan says that good sound is one, “that's closest to the original recording” and must be “accurate, transparent and convincing”.

So, can our experts’ collective wisdom be distilled into a holy trinity of buzzwords for good sound? Even in the subjective world of hi-fi, I think it can: timing, transparency and communication. Simple enough, eh? Well, it should be, but I’ll leave the final words on achieving good sound to Ketan who cleverly observes: “It's rarely an easy thing to do.”