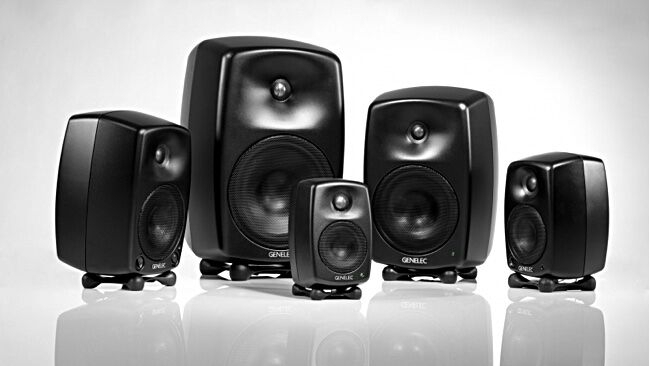 Replay: We explore the practical differences between pro and HiFi domestic audio equipment (and why pros may need to use both).

When we were setting up RedShark Sound, one question kept popping up: what's the difference between Pro audio and High End HiFi? It seems the two exist in different universes and, yet, they have so much in common, although HiFi is generally about reproducing sound, rather than than recording. But think about loudspeakers: they do exactly the same thing. Why should a top end HiFi speaker be different from a top end professional one?

There's a huge number of differences between professional and domestic equipment and most of them are for very good reasons, but I do believe there's a lot of crossover.

First of all, let's look at what it is that professionals (as opposed to consumers) want from their equipment. It's accuracy. But what does that mean?

When you're making a recording, you want to be able to review it and hear exactly what it sounds like. What you definitely don't want is a sanitised or flattering sound that is going to paper over the cracks. Seriously, if there's a problem at this stage, you will need to hear it. Typically, this is exactly what a domestic user doesn't want to hear.

That might sound surprising and a lot of this depends on the sophistication and the knowledge or experience of the consumer. The essence of the problem is this: domestic speakers tend to flatter. That means that most of the audio we hear in our homes is essentially different than what you would hear in a recording studio.

The opposite is the case in a professional environment. Put a typical home listener into a recording studio and, apart from the sheer quality of the studio speakers, they can be disappointing, because they're not adding or taking away anything from the sound. When you hear, say, a double bass, drum kit or singer without any enhancement, it's just possible that you won't find it as pleasing.

Here's something that illustrates this. You might think that your home speakers sound fantastic. Plenty of treble and lots of bass. Listen to the same music in a studio and you probably won't be impressed. But compare what the recording played in the studio sounds like with real life and you'll be blown away. That's the point: do home users want accurate or flattering sound?

This issue varies as well up and down the price spectrum. Many smaller speakers use all kinds of tricks to give the impression of a wider frequency response. Boosting a small band of frequencies around 66 Hz can give an impression of powerful bass, even if there's nothing much below it. It's almost an audible token or symbol for a more generous bass response.

So that's accuracy. This is not to say that some home speakers can't be accurate as well, but the ones that are, tend to be expensive.

So that's one thing. The next is strength and resilience. Professional kit has to be able to stand up to a hard working life. While you're unlikely to take big studio speakers on the road with you, what you are likely to do is abuse them in other ways. For example, when you plug a synthesiser into a mixing desk, it's quite possible that you'll have the volume too high – possibly painfully so. Pumping a sawtooth wave at full volume through a domestic speaker is likely to damage it. I've done this myself. This is less likely to be a problem with professional studio monitors, because they will have been designed to take this kind of abuse. Voice coils will have been made with thicker wire and there will be all kinds of electrical protection. If you didn't have this type of safety net, you would spend an awful lot every year replacing your speakers.

Essentially, professional speakers are tougher and more accurate. If you mix using an accurate speaker, then you know that you have made a recording that is not influenced too much by the sound of your loudspeakers themselves.

As a side note, this can lead to problems towards the other extreme, which is that if you always mix on near-perfect speakers, you're going to have little idea what your recording is going to sound like on everyday consumer equipment. For this reason, it's quite common (and very sensible) to have some domestic equipment in your studio to test your recordings against the real world. Those little white-coned Yamaha NS10 speakers were often used for this very purpose; they weren't brilliant sonically, but they gave a near enough approximation of the sound that a typical user would hear.

Much of the same applies to other professional kit: amplifiers, for example. Mainly, it's toughness, but accuracy comes in there too. Where domestic equipment is big and powerful enough, then users are probably going to want accuracy over flattering colouration, but this isn't always the case. Think about valve (tube) amplifiers, which are not great in terms of pure distortion figures, but which sound good exactly because their distortion sounds good!

I'm against dismissing domestic HiFi equipment in comparisons with professional kit. At the low end, consumer products are getting better. At the high end, some domestic audiophile equipment is astonishingly good. At the same time, some low-end 'professional' equipment could certainly better, although the examples I'm thinking are of an essentially generic loudspeaker design that has a professional label stuck on it to appeal to impoverished students working in bedroom studios.

The good news is that anything that is even slightly above the low end in both domestic and professional products is now likely to be value for money. As people come to expect more, typically, they get more and that's a good thing.