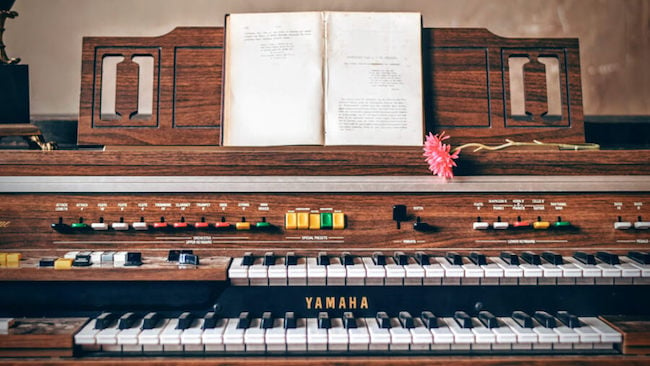 Lietmotifs are powerful ways of engaging your audience

In film, soundtrack is just as important as visuals for telling the story – it helps to fully convey the intended emotion of a scene, establish continuity and add momentum.

Audio Network is an independent music company, breaking down boundaries to deliver authentic and creative music solutions to content creators in every industry, all around the world. The company collaborates with over 750 talented composers and artists, and has over 100,000 tracks in its catalogue, carefully curated into albums and playlists in every imaginable genre, all easily discoverable via its website.

Have you ever tried watching a film with muted sound? The narrative often loses its intended meaning – horror can seem comic (and vice versa) when music is changed. Just look at this amusing reimagining of Disney's Frozen as a horror film, for example.

One musical device that filmmakers can use to help tell their story is leitmotif: short, recurring melodic phrases or figures that are associated with a person, place, or idea. They often crop up at various points in the narrative to signal certain emotions, to foreshadow events, or to illustrate a character's arc. Here are some tips on how you can use leitmotifs to make your storytelling more effective.

Wagner originally developed hundreds of leitmotifs for individuals, plots and objects in his operas, and his musical legacy still lives on today. Although you might not have quite as much time to invest as Wagner, it's worth thinking about how your characters can become synonymous with a certain sound or emotion –  just think of John Williams' distinctive Jaws two-note motif or Darth Vader's signature theme in Star Wars. In these instances, the music is just as recognisable as the characters (or sharks...) themselves.

The key is repetition

You can use a leitmotif multiple times throughout a film, episode or series, and deploy it as a plot device at key moments. Leitmotifs can immediately progress a story, giving audible hints at future plot points, or ominously signalling impending danger. For example, in the score to Hitchcock's Vertigo, Bernard Herrmann imitates Golden Gate fog horns – and this ominous two-note falling motif signposts a later key incident at that same spot.

Think of leitmotifs as the story's 'sonic' branding'

Although you might associate 'branding' with advertising jingles, leitmotifs have a similar effect of reinforcing a message when used in film, TV or games. They can be expanded upon as the story evolves: chord progressions develop, or a fragment reappears in a different form later in the narrative. A song fragment in a major key might reappear later in the story in minor key to signal impending tragedy or sadness, for example.

Although well-known songs with lyrical content are a bit less flexible as leitmotifs, they can still work well to boost a script's (or actor's) emotional or physical range – instructing viewers when the character is alone, or not speaking. For example, in HBO's underrated drama The Leftovers, 'Where Is My Mind' by The Pixies is used to convey a character's confusion, without them needing to say 'I'm confused' in on-screen conversation.

Scripted music needs to be believable

Realistic cues and authentic sounds help to immerse viewers in the world you've created – from using correct animal sounds to organic, non-synthesised music for period dramas, the soundtrack needs to accurately characterise the era and provide insight into ​your characters' headspace. So don't skimp on the research and sourcing time!

Although the effect of leitmotifs might be subtle, they're an excellent way to add an extra layer of emotional depth and richness to your story – all you need to do is find the perfect piece.

Get started with incredible music – sign up to Audio Network to receive 10 free trial tracks to use in edits, pitches and layouts.