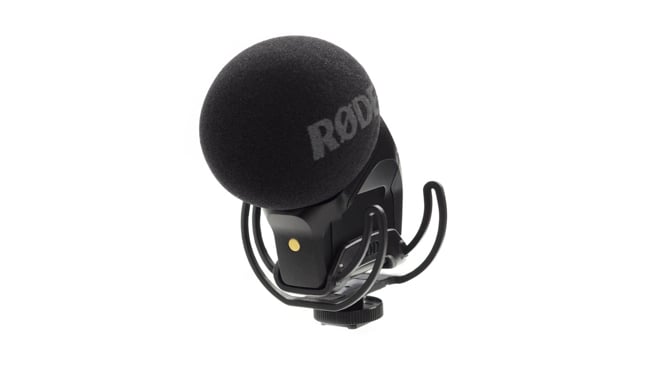 The Stereo VideoMic Pro has been updated for 2016

Australia’s RØDE Microphones has provided some decent upgrades to its range, with a major overhaul of the Stereo VideoMic Pro heading the list.

2012’s Stereo VideoMic Pro has built a good reputation for itself in the DSLR shooting field and the new 2016 version now features the Rycote Lyre suspension system. This isolates the mic’s capsules and electronics from mechanical vibration and handling noise, preventing unwanted rumble and vibrations in recorded audio.

Also in the upgrade is a new matched pair of condenser capsules with an improved foam windshield,and a thicker, Kevlar-reinforced braided cable. These improvements allow the Stereo VideoMic Pro to be used in conjunction with the RØDELink Wireless System, or indeed in any WiFi heavy locations without fear of RF interference ruining critical audio takes.

The company has also rolled out a series of upgrades to its shock mounts. The SM3-R camera shoe shockmount, and SM4-R boompole/microphone stand shockmount now feature a dual Rycote Lyre suspension system, with four possible mounting points for the Lyres, making them compatible with the entire range of short RØDE pencil condenser microphones, or longer RØDE shotgun mics.

The PG2-R pistol grip has also received the same Rycote Lyre update, as well as a newly designed lightweight handle that the company says delivers improvements in ergonomics and functionality.

Each of the updated mounts also features a newly designed cable management system designed to accommodate most types of audio cables, providing a strain relief point between the recording device and microphone. Or users can take it one step further, with the company’s new specialised cable, the PG2-R Pro, which features a strain relief junction box that will clip into the cable management system. This provides a de-coupled audio connection between the recording device and microphone for maximum isolation.