Indian music and iPad: made for each other 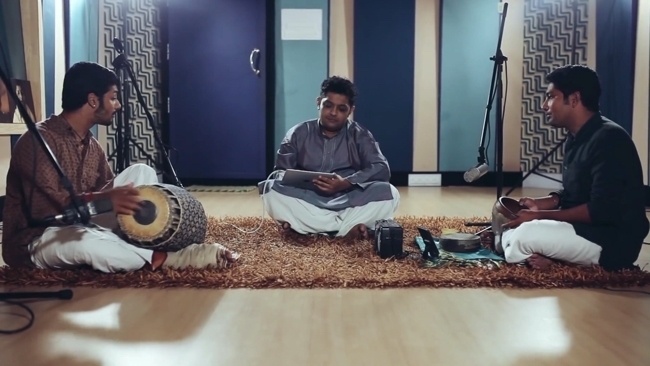 Indian Classical Music on an iPad with Animoog

The pairing of traditional Indian music with an iPad might sound like an unlikely combination, but it not only works wonderfully, the results are rather beautiful.

This story first appeared on RedShark Sound, our sister publication covering the audio industry. To read it in full and watch the video (which really is rather awesome) follow the link here: Traditional Indian music was absolutely made for playing on an iPad. Meanwhile, here's an extract.

One of the benefits of playing music on an iPad is that it's very organic. While it's not easy playing a "touch" keyboard in a conventional way, the fact that you can slide around on an iPad in between and during notes, means that your expressive boundaries are much further apart.

And nothing illustrates this better than this clip of Navneeth Sundar, a composer and pianist from Chennai, playing one of his compositions on an iPad, in a classical Indian music setting.

Sounds implausible? Watch it. It's beautiful: Traditional Indian music was absolutely made for playing on an iPad