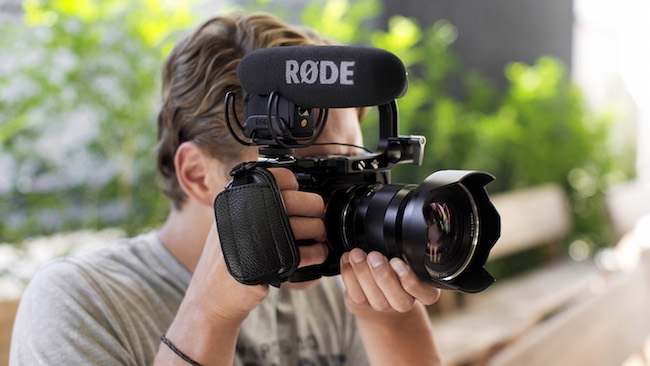 An original VMP onboard a Sony A7s

Røde's VideoMic Pro was first released back in 2010 and quickly became one of the industry standard on-camera shotgun microphones for professionals and enthusiasts alike. Now it’s being updated.

With its small form factor, superior audio quality and optional +20db level boost, the original unit was a popular companion for DSLR cameras as they in turn rapidly became the de-facto standard for low budget/no budget ‘indie’ feature films.

One of the limitations with any ‘on camera’ microphone, especially when clipped onto a DSLR hot-shoe, (quite apart from some dubious quality camera preamps and AGC circuits), however, is adequate acoustic de-coupling. This is where unwanted noise can be passed to the microphone in the form of all too common low frequency rumble associated with handling the camera and cables during a shoot. Røde has solved this issue on the redesigned VideoMic Pro with the addition of Rycote’s ‘Lyre’ suspension system, along with an upgraded microphone capsule. This combination improves both the physical characteristics and audio performance of the microphone.