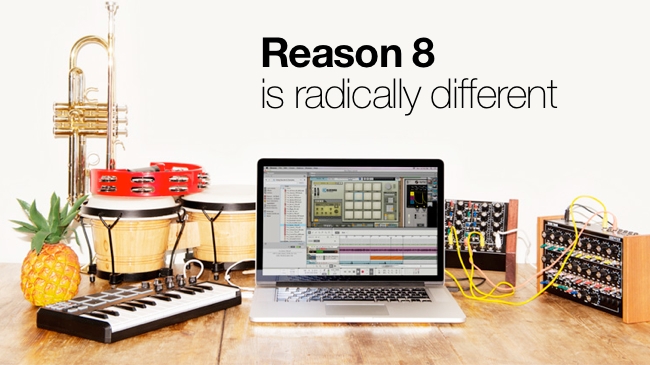 The most definitive virtual recording studio, Reason, has an update. And it's a big one

Reason, the ground-breaking virtual audio studio, has a new release, version 8. And it's a radical departure from the Reason that you know.

The UI and the workflow have been updated and improved. This looks like it's going to be a massive boon to productivity for power users and beginners alike.

One of Reason's biggest selling points was also - at times - a weakness. The very close resemblance to a physical rack of effects and instruments made "traditional" users (like me!) feel at home. Even if you didn't really know how the software worked, you could always figure it out, just by hitting "tab" and seeing where the cables went at the back of the rack.

What's more, the rack of devices was always there to remind you that back in the day, each of these would have cost you hundreds or thousands of whatever currency you use in your country.

And now it does. 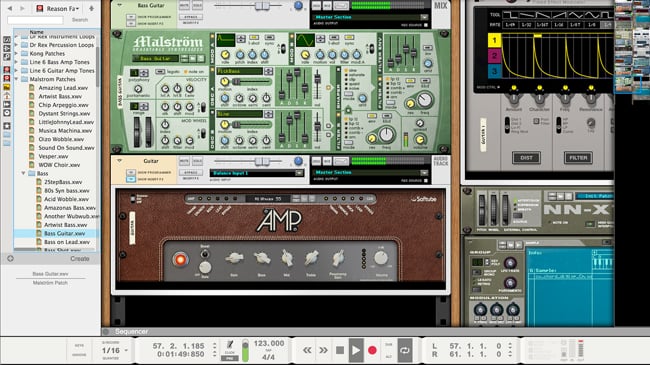 None of the original charm has been lost - the rack is still there - but if you don't need it, it's hidden. And in its place is an always-present browser from which you can choose media (samples, patches etc) and instruments and devices.

There are dozens of small but important improvements (like double-clicking to add or remove a note and drag-and-drop) and overall the interface looks flatter and more contemporary.

This is a good move by Propellorhead. It makes sense. It's kind-of consolidating the huge leaps made in the last few releases (Rack Extensions, External MIDI, etc) and leaves Reason in a very strong position for the future.

Pricing and availability
Reason 8 will be available for purchase worldwide on September 30, 2014 at the following suggested retail pricing:

Propellerhead is also offering a grace period for customers who purchased Reason 7 on or after July 1, 2014. Purchasing and registering a qualifying product today makes users eligible for a free upgrade to Reason 8 when it becomes available. For details see: propellerheads.se/freeupgrade