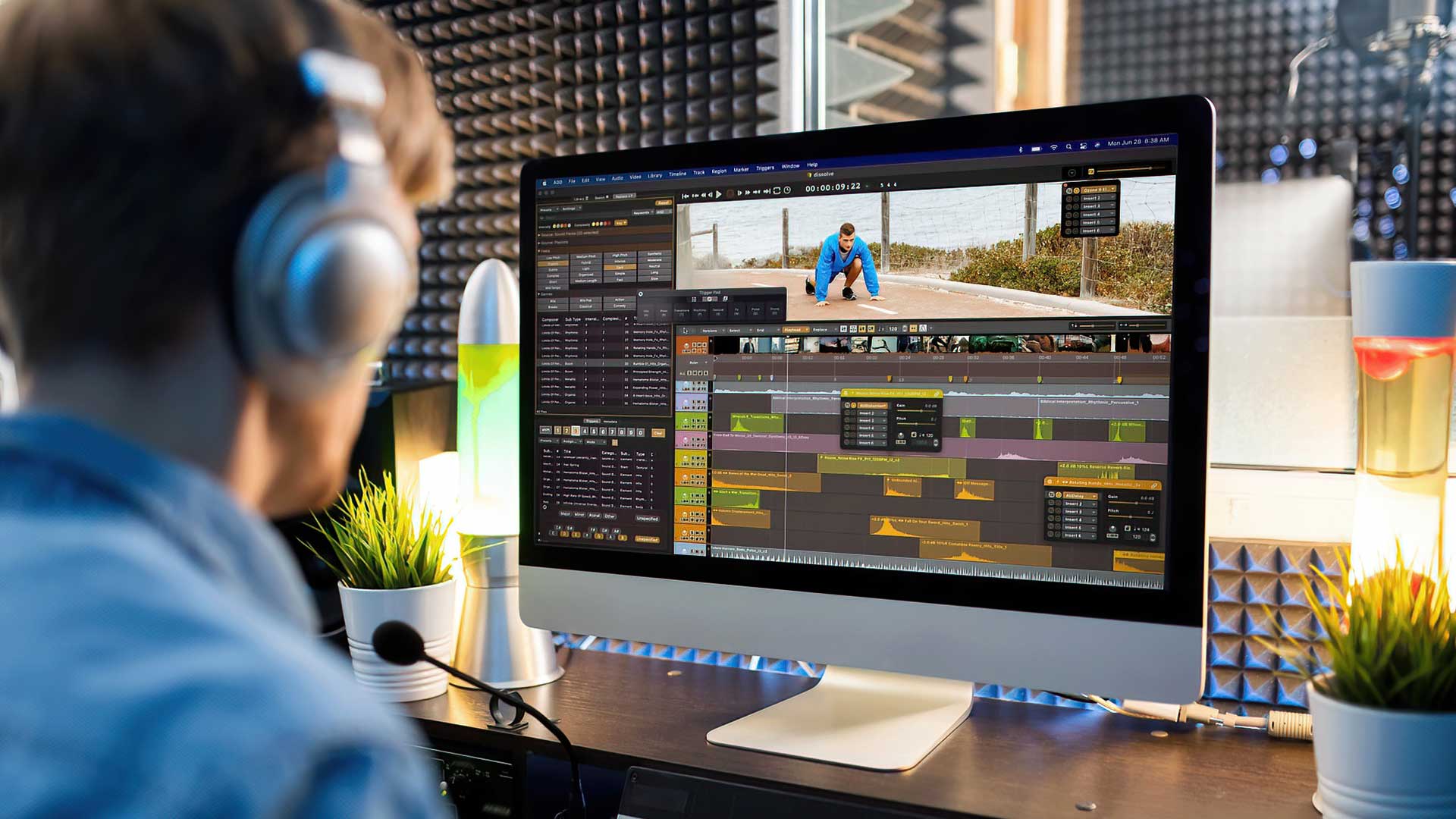 SoundOn, the owner of Audio Design Desk, has announced version 1.7 of the AI assisted sound design app. Read on to find out what’s new.

We’re currently putting Audio Design desk through its paces for a video review coming soon, but in the meantime here’s an update on the latest version of the software.

Audio Design Desk has been designed with the goal of making sound design for editors as easy and as streamlined as possible. Rather than behaving like a normal audio application, Audio Design Desk lets users ‘play’ the sounds more like a musical instrument in realtime.

The app comes with over 30,000 royalty free sound effects, with a whole host of extra libraries available for download or purchase. These databases can be searched with what the company calls Sonic Intelligence, which allows natural language searching.

The 1.7 app update adds a new feature called Spot Mode that allows subscribers to use these sound effects in their favourite Mac DAW or NLE by literally dragging them straight from the Audio Design Desk Library window directly onto your NLE timeline. 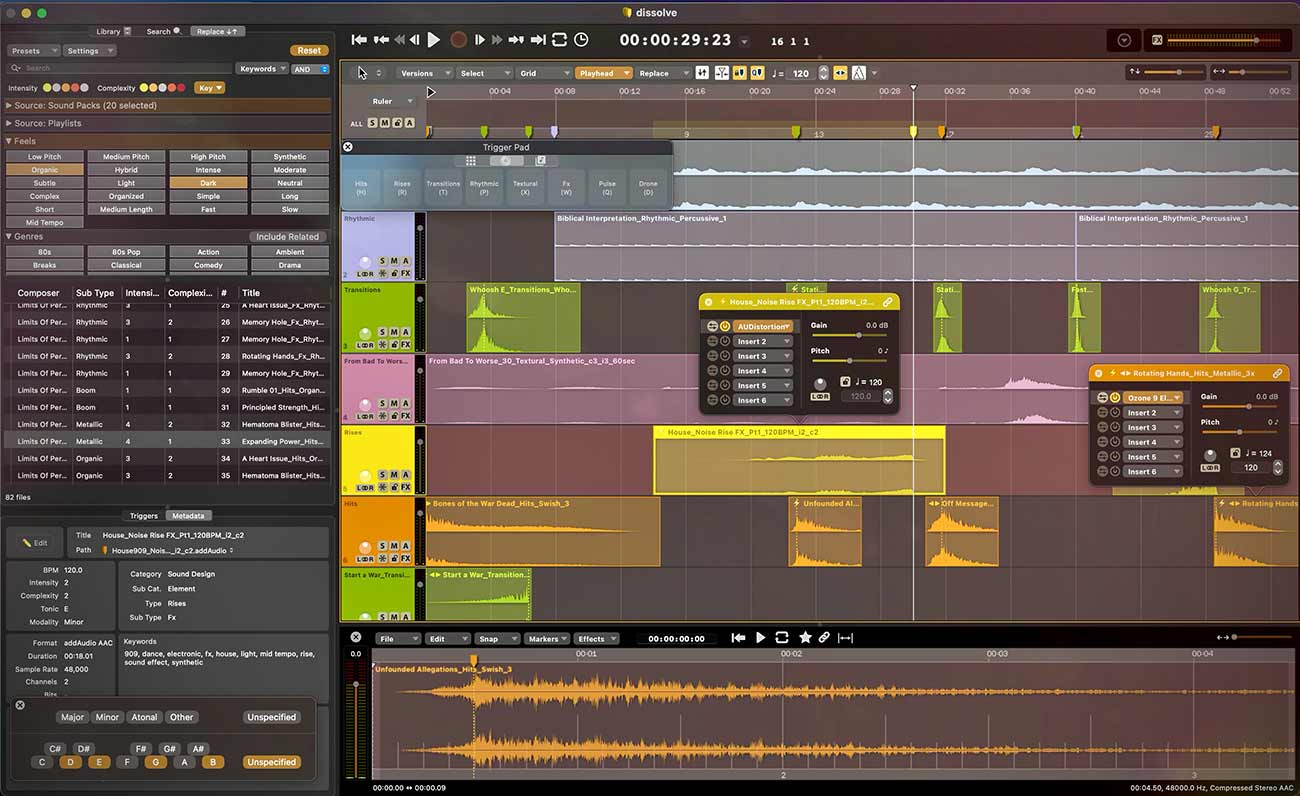 There’s also a new transient detection feature for, as the press release phrases it “creating elements out of stems”. Most coverage I’ve seen of this leaves the description as just that, straight from the press release. After all, it isn’t all that clear what an element out of a stem is, especially if you haven’t used the software. My understanding of it is that Audio Design Desk will intelligently group sounds together that compliment each other in a sequence.

For example if you assigned a footstep sound to the ‘4’ key and then you press that each time a character’s foot hits the floor while walking you’ll end up playing the same sound over and over. Clearly someone walking doesn’t produce an identical sound each time their foot touches the floor. My understanding of the transient detection feature is that it will take a sound file that, for example, contains a number of footstep sounds in one long clip. Such a single sound file won’t match your own sequence of someone walking, obviously. So transient detection will examine that sound file using an Element Detector, which is activated by right clicking on a sound clip. You can specify minimum duration, pre-attack time, post-release time, a volume threshold, as well as specifying to add sync markers. The software will then create individual clips for each footstep sound in that file, which can then be added as a sound grouping on one key. Then when you press the key you’ve assigned to a footstep sound, it will instead play one of those different clips. This will give a much more natural and varied final result.

Audio Design Desk integrates tightly with Elgato Stream Deck controllers for extra speed of editing. But it’s not just the fact that the process of adding sounds to a film or video is fast with the software, it’s the way in which is handles sound synching that really sets it apart. Say for instance that you have created a sound sequence, but it doesn’t quite suit the mood. You can tell the software the mood you are after and it will offer you some alternative options to the sequence you have just made, without changing any of the sync points of the sounds. It’s an incredible thing to see.

Once you’ve completed your sequence you can export it back to your NLE in AAF or XML format. There’s also Frame.io integration allowing collaboration worldwide.

The software is available in three tiers. Produce at $15 a month, Professional at $30 a month, or you can purchase the software for a one-time price of $399. A 30-day trial version is also available.

With more people being asked to do double or triple duties on productions, if you don’t have the budget for a sound designer, Audio Design Desk really does speed up things. If you’re an indy producer and editor who is still manually dragging and dropping sounds onto your NLE timeline, you owe it to yourself to at least give the 30 day trial a go! And make sure you watch the many tutorial videos over on the company’s website.