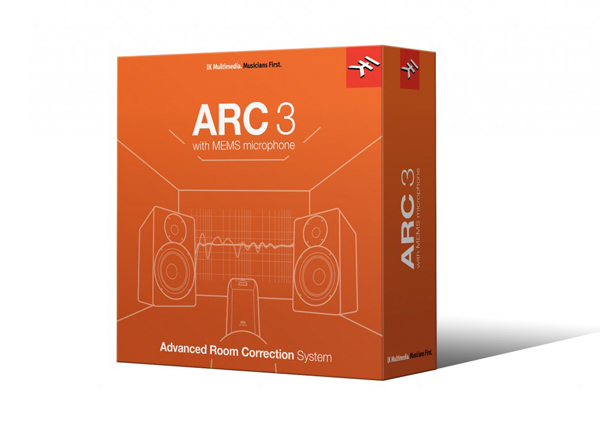 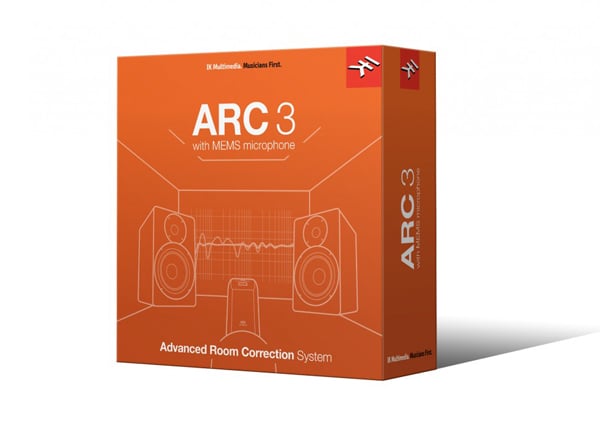 With really big film productions, creating a soundtrack or adding Foley or other sound is a matter of throwing some money around to hire the best of the best. With small productions, things are more complicated. The budget may be near-zero, forcing the director or another team member with a musical touch play the part of the audio engineer from within an untreated living room.

Even somewhat bigger productions’ sound engineering may be a far cry from Abbey Road Studios with its Dolby Atmos Premier accreditation and IMAX audio compatible studio. For those environments, IK Multimedia’s ARC (Acoustic Room Correction) can make a difference — the difference being that you are actually hearing what was recorded without the interferences that come with an untreated room.

ARC 3 is a correction system for anything from an ordinary room turned into a sound studio to a professional studio, auditioning room or small auditorium. Version 2.5 already came with a high-quality MEMS (MicroElectro Mechanical Systems) measurement microphone included and gave very decent results. Version 3 plays in a whole different league. 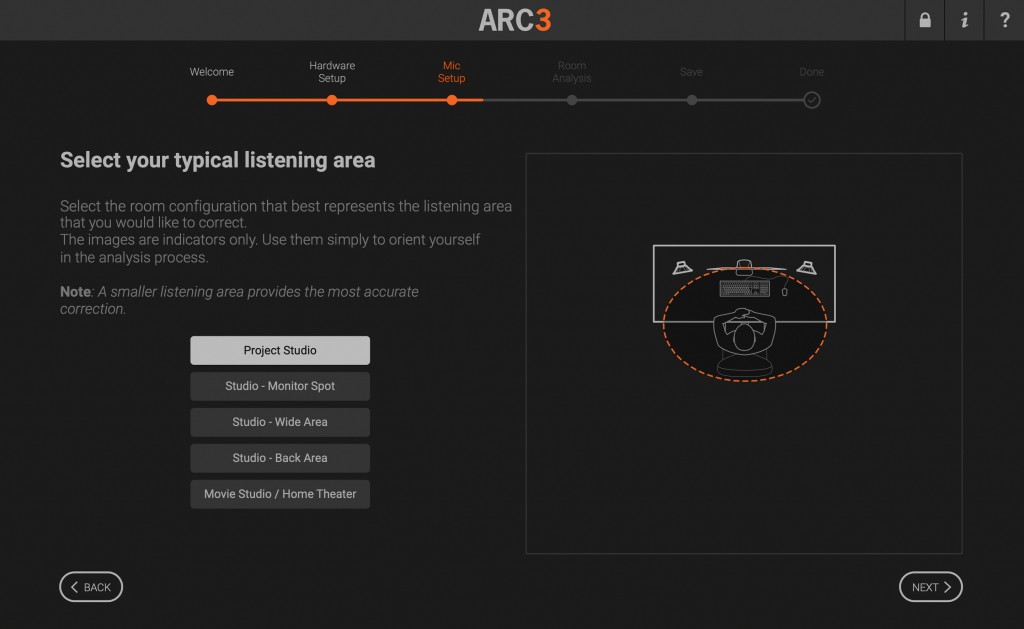 IK Multimedia’s CTO, Davide Barbi said: “ARC System 3 uses a new room analysis and correction algorithm, delivering results that cannot be found elsewhere. By measuring a room at three different heights around the listening position, IK’s award-winning Volumetric Response Modelling technology creates a 3D snapshot of the room to identify problematic issues without over-processing the sound. The result is an incredibly natural-sounding correction that recreates the experience of working in a properly tuned room.”

When I got my hands on the app, I noticed the guided analysis process is simpler and faster than with the previous version. It starts with an explanatory video while you’re guided step-by-step further down the analysis process. The process itself takes a quarter of an hour of placing the measurement mic in the locations shown in the app.

Although ARC 3 can be purchased with a MEMS mic included, the new version works with any measurement microphone that is compatible with standard mic calibration files. That means that, if you have one of those expensive mics lying around, you can feed the app the calibration data and use the mic to correct your acoustics. 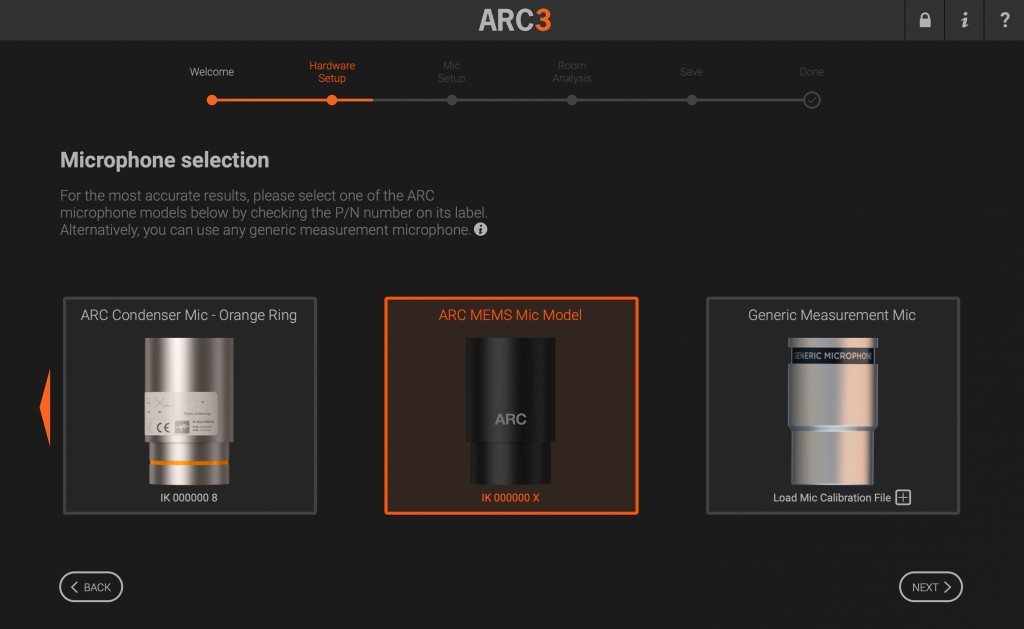 My own experience with the new version is that the stereo image remains intact and the speakers sound as flat as they can be and you can really be sure that whatever EQ or other effects you add to the sound you’re editing will exactly be what you’re aiming at.

The ARC 3 plug-in is the second component of the system. It’s a multi platform audio processor that applies the correction curve to the incoming audio stereo signal in realtime. Correction profiles can be inserted across the master bus of any DAW and ARC’s precise correction filter will compensate for the room’s acoustics. “Music can then be monitored exactly the way it was recorded — free of the impact of room acoustics — so that the user’s mixes will translate better than ever to other rooms and systems”, Barbi said.

A precision peak meter with several metering options is included to show both input and output levels (pre/post) so that the actual project master level can be kept under control.

Also new is the set of alternative speaker and device responses that has been added to the Virtual Monitoring menu. These let you hear how a mix translates in various conditions. The virtual device responses load as real frequency response curves of professional studio speakers, TV sets, car audio, desktop and laptop speakers, etc. Since the sonic signature of those alternative systems is played over a calibrated system, the result should be like mixing with different speakers.

Furthermore, the new plug-in has Natural and Linear phase modes for best L-R phase coherency of the monitoring system and a real-time audio analyser shows the relation between monitoring performance and the incoming program.

In short, ARC 3 makes it possible to create a great soundtrack and sound effects on a zero-budget movie from a room that is far from ideal. ARC 3 can be downloaded from IK Multimedia’s website. It retails at €199.