Review: We take a look at the Asus PA32UCX UHD HDR monitor, a product that would appear to tick a lot of boxes.

It's no secret that a lot of people would like to be able to create HDR content without spending five figures on a high-end grading display. When we saw the Asus PA32UCX in Berlin last year it seemed like a potential way to do that.

Let’s first curb some enthusiasm: nobody’s expecting a monitor at this price to match high-end displays which can cost ten times as much, so let’s have no griping in the comments that it isn’t a BVM-X300. Still, while we might not end up mastering for Netflix on it, the PA32UCX has a Dolby Vision logo on the packaging (for watching, really, not mastering) alongside the VESA DisplayHDR 1000 certification. 32 inches is a size at which UHD starts to be meaningful without sitting an inch from the thing. Naturally, it also has straight HDR10 and HLG modes, and the usual smattering of connectivity including HDMI 2.0 and DisplayPort. 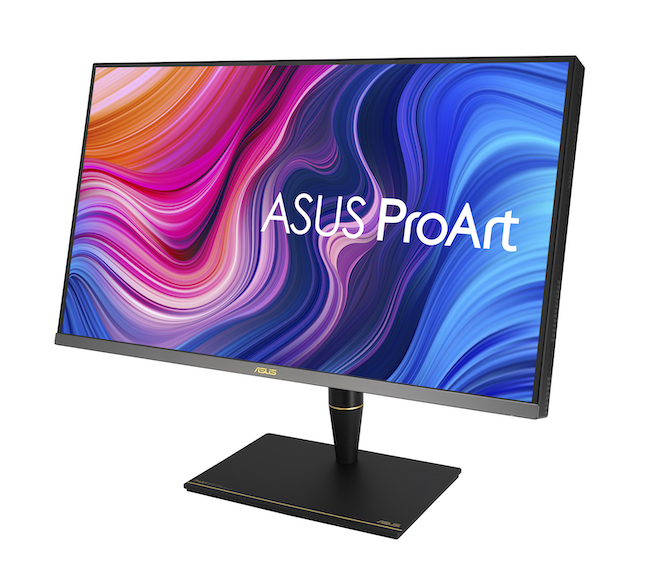 What potentially makes the PA32UCX particularly capable is the multi-zoned LED backlight. To recap on our taster last year, 1152 zones sounds like a lot, and it is a lot compared to many consumer displays which only have a few dozen. Even so, if we work it out, 1152 zones on a 16:9 display is only a hair over an effective 45 by 25 backlight resolution. That's naturally a lot less than the 3840 by 2160 panel itself; such is the tradeoff of LED backlighting.

How well zoned backlights work in reality is dependent on a few things. The picture content is one, and edge cases (stars on black are notorious) will always make the picture processing algorithms of any monitor struggle. This is essentially controlled by how good the native performance of the TFT-LCD panel is. There's no formal metric for assessing this and there will inevitably be some visibility of the backlight zones in high-contrast areas, but in practice this sort of ghosting is reasonably well-controlled.

If that bothers you, consider that it’s the same approach seen in capable displays such as the Dolby PRM-4200, capable of a retina-searing 4000 nits using a similar number of zones. LED backlights make up for in intensity what they lack in resolution, and they do well achieving high brightness over large areas. The PA32UCX hits 1200 nits, which is very respectable in a world where many consumer displays struggle toward 1000. There’s perhaps a small lag in backlight updates, but it’s difficult to separate from lagginess in the TFT-LCD panel combined with persistence-of-vision issues caused by viewing high contrast images in the dark. 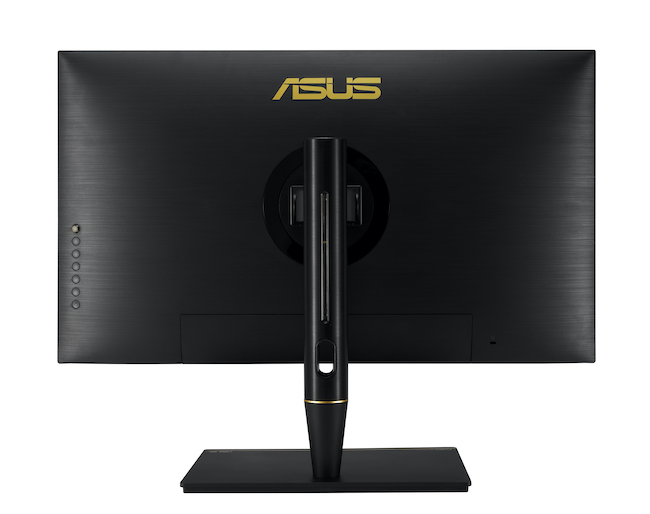 If there's a glitch, it's that the uniformity, particularly off-axis, is not quite ideal; it's a monitor you need to sit right in front of. There are engineering compromises here regarding contrast, speed of response, and consistency, so this is not unreasonable. With the hood in place, and at a viewing distance where the full UHD detail is visible, this is not a huge problem; it's not bad, it's just not the best we've seen.

There are a number of useful niceties. In HDR-10, for instance, there are two clipping modes. One presents the image as accurately as the monitor can until it clips, while another implements a soft clipping algorithm intended to create a subjectively attractive picture. It sounds simple, but there are things out there that don’t do it and it’s very welcome.

The only feature that proved hard to test was the inbuilt calibration. No probe was supplied with the display, and at least with the firmware revision supplied, there was a glitch with several different X-Rite i1 Display Pro probes supplied via third parties. Presumably, a probe supplied by Asus to work with the monitor would not have these problems, but it's a shame not to have been able to demonstrate calibration, particularly the uniformity calibration. However a calibration certificate indicating sub-2 delta-E figures was included.

The PA32UCX should get the inbuilt ability to do HDR calibration later this year, and given the cost of third-party calibration, it’s a key part of the value proposition of a display like this. On the safe assumption that it does usually work and that the HDR updates arrive, it'll make maintenance a lot more affordable.

The PA32UCX is, again, not a high end mastering display in the sense of finishing major motion pictures, but it is a worthy addition to a range that seems calculated to compete with HP's Dreamcolor series. It'll satisfy people operating away from the brightest lights of Hollywood, who’ll likely see the display as a welcome option that can do a good job for a competitive price. The Asus PA32UCX has an MSRP of US$4000 and can be picked up in the UK for around £2700.