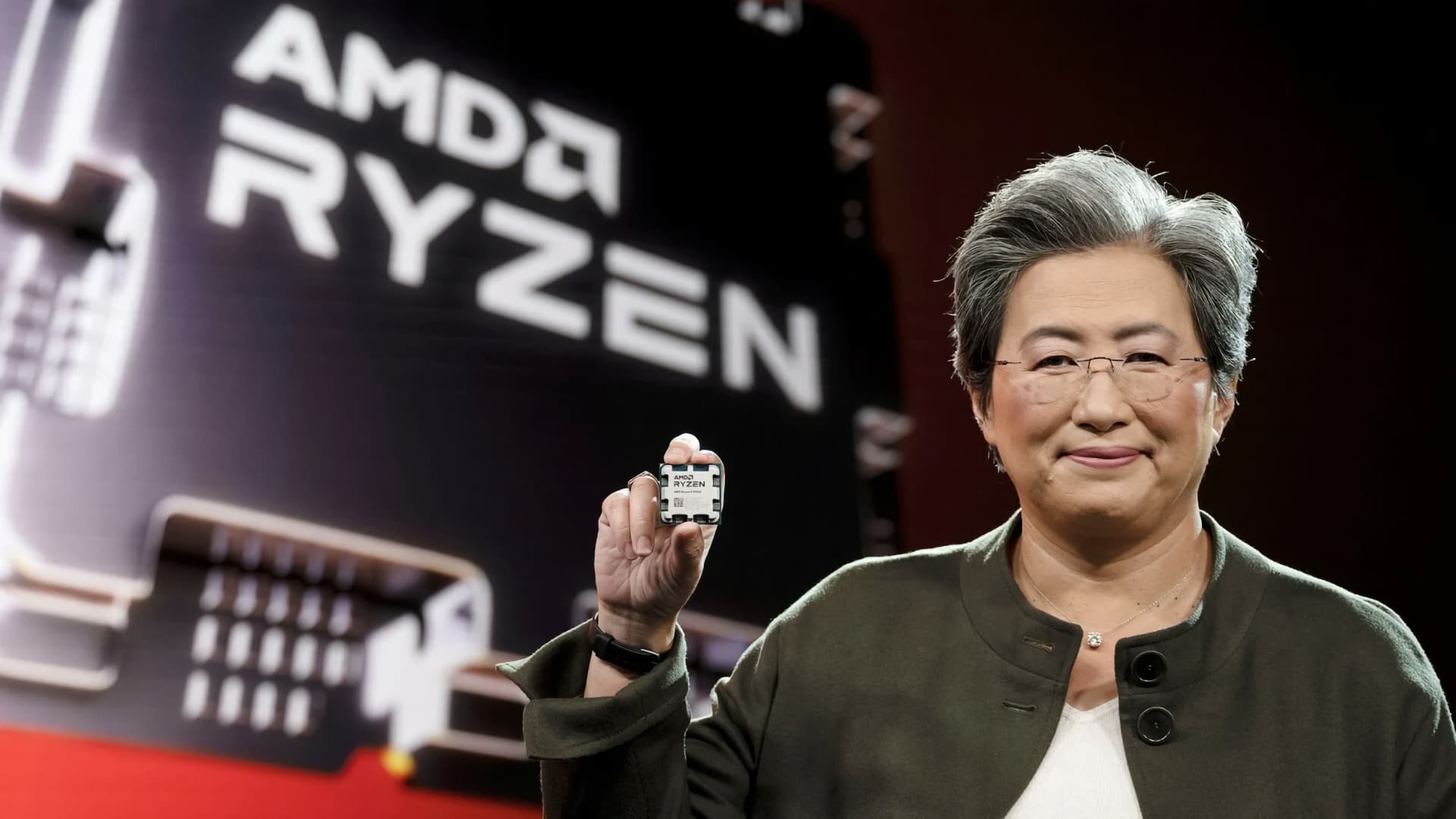 It seems like an age since AMD announced the Ryzen 7000, the first chips to use its new Zen 4 microarchitecture. But now we know they’ll be with us next month and they’ll be fast. And there are also RDNA3 GPUs to look forward to.

After first unveiling them as far back as CES this year, at a press and analyst event in Austin, Texas yesterday AMD finally went into decent detail on the new Ryzen 7000 CPU line, codenamed Raphael. Billed as opening the doorway to the next era of high performance for gamers, enthusiasts, and content creators, (that’s us, in other words) the new chips feature up to 16 cores, 32 threads, and are built on an optimized, high-performance, TSMC 5nm process node.

All that gives them an impressive double digit uplift over the previous Zen 3 generation. Overall, against the Ryzen 5000, AMD is claiming an approximate 13% IPC uplift on average, and a 29% uplift on single-threaded performance (an area of historic weakness compared to Intel). And the numbers are impressive when compared to competitors too. At the top of the stack, the 16-core AMD Ryzen 9 7950X processor claims up to 57% better content creation performance in V-Ray Render compared to rival chips. Meanwhile, at the other end of things, the 6-core AMD Ryzen 5 7600X processor offers an average of 5% faster gaming performance across select titles than the competitor’s flagship gaming processor.

Here’s the line up so far, with the crucial costs illustrated too.

Also of rather a lot of interest to people is the energy efficiency, which is claimed to be up to 62% over the Zen 3 at the same performance, or, looking at it another way, they provide 59% more performance for the same power consumption. Which is, again, fairly impressive.

The next gen Radeon graphics cards 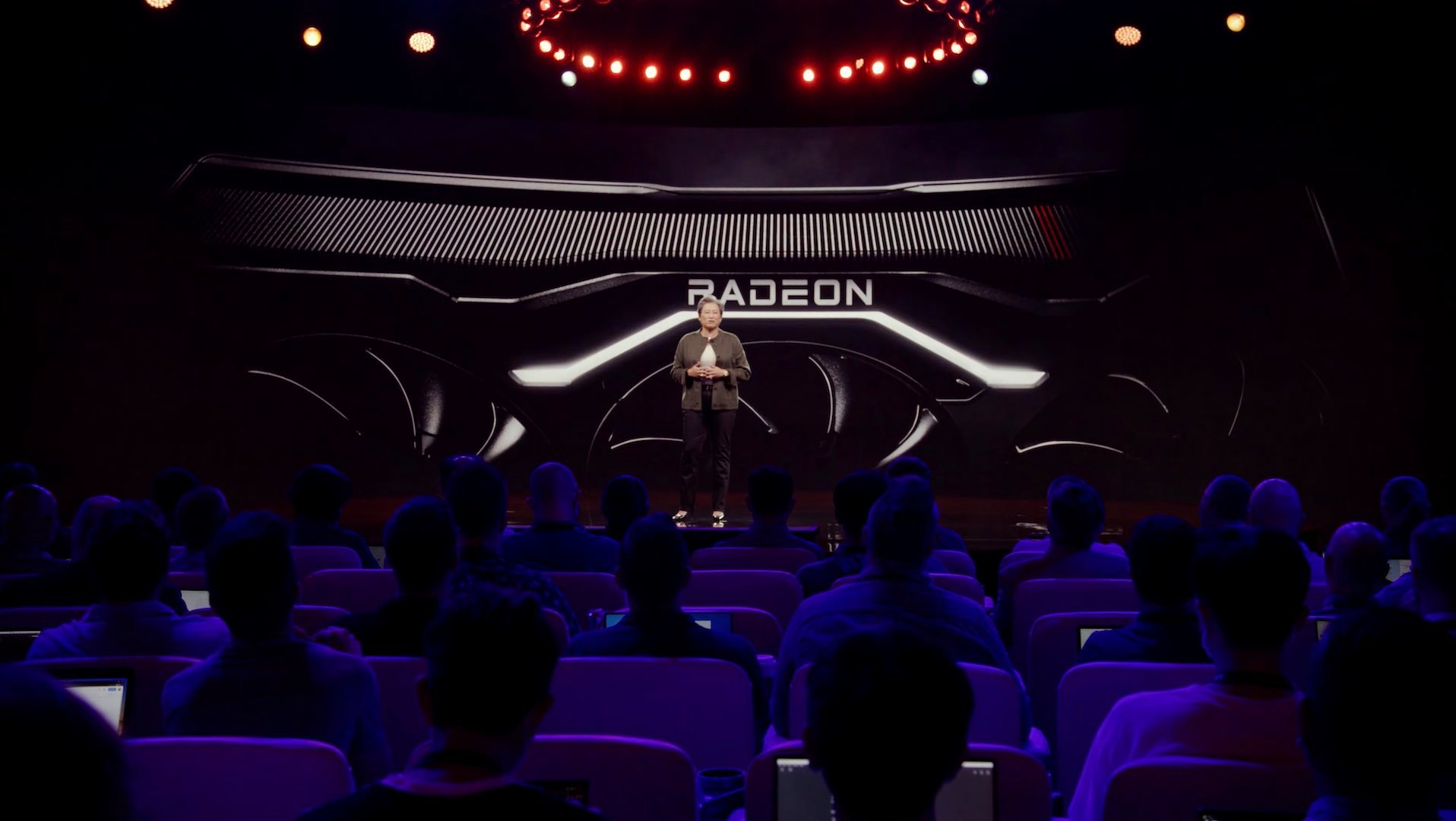 A glimpse is all you get for the moment

There was a bit more to the Austin presentation than the Zen 4 details too. There is a new AM5 socket platform which is expected to last until at least 2025 and the next next gen Zen 5 CPUs, with motherboards starting from $125. Both the Zen 4 and AM5 also conspire together to enable the equally new AMD EXPO (Extended Profiles for Overclocking) tech for gamers. This is designed to achieve higher gaming performance from pre-configured overclocking profiles and has been tested to give an 11% uptick in performance.

And last but not least, there was a brief glimpse of the new generation of Radeon graphics cards. As The Verge reports, the AMD website confirms that all four of the Ryzen 7000s will feature integrated Radeon RDNA 2 graphics; 2 graphics cores, each with 64 stream processors, with a boost clock of up to 2.2GHz. It’s not going to be a full-on GPU alternative, though that might be handy to have in your pocket if crypto fortunes take an upturn again in the future, but it will be sufficient to power simple tasks.

For the more complex ones, the RDNA 3 graphics card that was the ‘one more thing’ item towards the end of the presentation was the key. Details were frustratingly scarce but Dr Su claimed that by combining the RDNA 3 architecture with 5nm chip widths, RDNA 3 GPUs will deliver more than 50% more performance per watt than current generation Radeon GPUs.

“We are feeling great about how it looks in the labs and can’t wait to tell you more about it when we launch later this year,” Dr Su concluded.

And, having seen the first footage (it starts below around 31:26), that’s something we’re rather looking forward to as well.