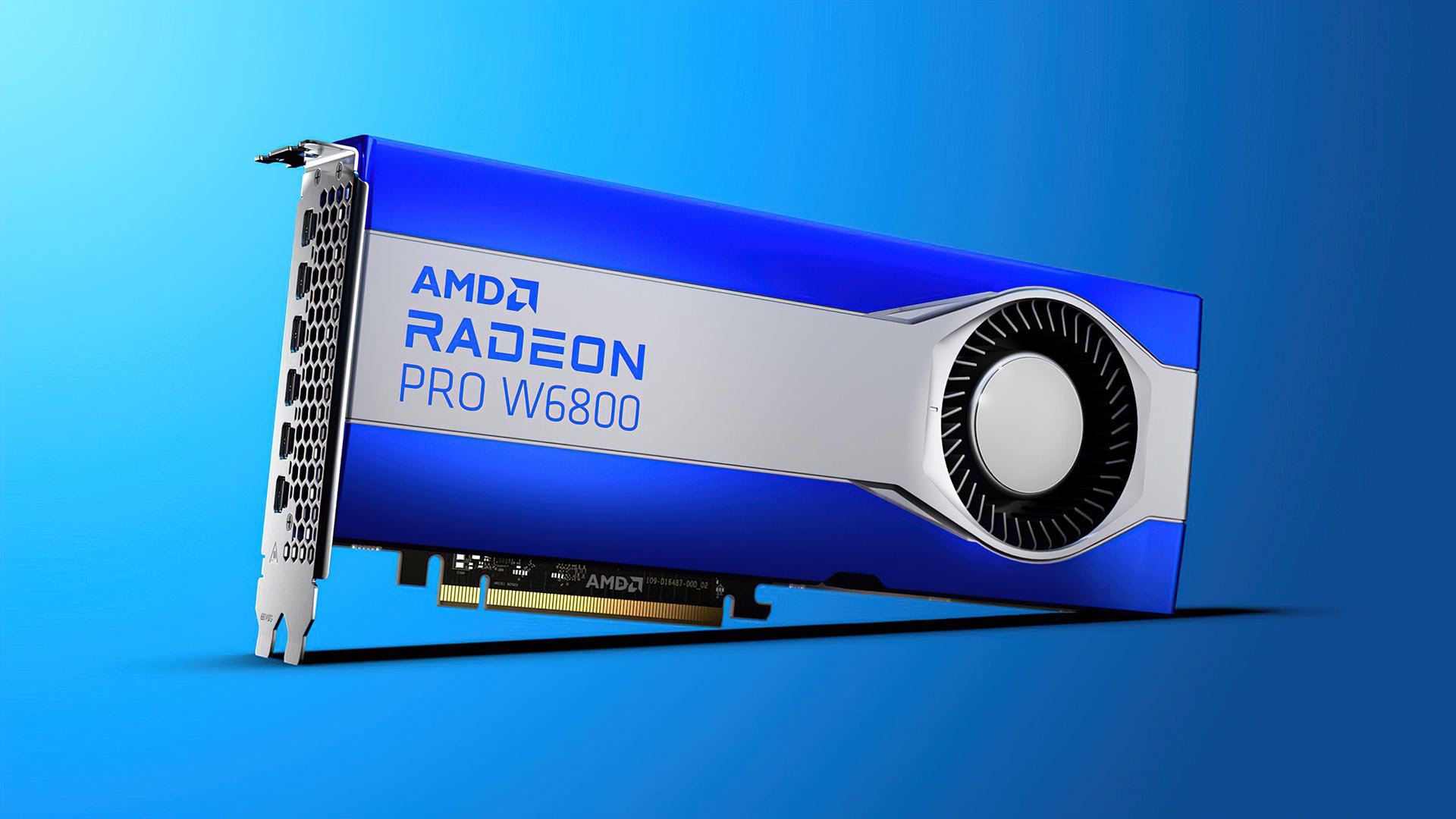 AMD’s new Radeon Pro W6000 series of graphics cards features the blazing fast W6800. It promises a jaw-dropping 79% faster performance when compared to the W5700. These cards are perfect for higher end workstations, including the current Intel Mac Pro, introduced back in 2019.

The W6800 test was done on a workstation that featured an AMD Ryzen 9 5950X processor, but it’s expected a system with Intel inside will deliver excellent performance.

Additionally, the W6800 has been built upon 7nm-based AMD RDNA 2 architecture, and comes with 32GB of high-speed GDDR6 memory with ECC support and 128MB of AMD Infinity Cache. It will be priced at $2249 USD.

Also included in the W6000 series is the more mid-level and budget-friendly AMD Radeon Pro W6600 card. Priced at $649, it includes 8GB of high-speed GDDR6 memory with ECC support and 32MB of AMD Infinity Cache. It’ll be released later this year in the third quarter.

AMD also unveiled a graphics card for laptops in the workstation category, the Radeon Pro W6600M. You can learn about all of the new W6000 series of cards at AMD's site.

Getting back to the W6800 card; as mentioned above, AMD says this will replace the W5700, which is an option when spec-ing out a new Mac Pro. The ‘base’ graphics card is the Radeon Pro 580X with 8GB of GDDR5 memory.

With reports of chip shortages due to the pandemic, it'll be interesting to see if the rumored M1 or M1X Mac Pro with up to 32 cores will debut on time in 2022.

Intel has new Ice Lake SP processors that are perfect for the latest Mac Pro, and combined with the AMD Radeon Pro W6800 graphics card, you'll have a great system until the next generation Mac Pro and rumored Mac Pro Mini are introduced.