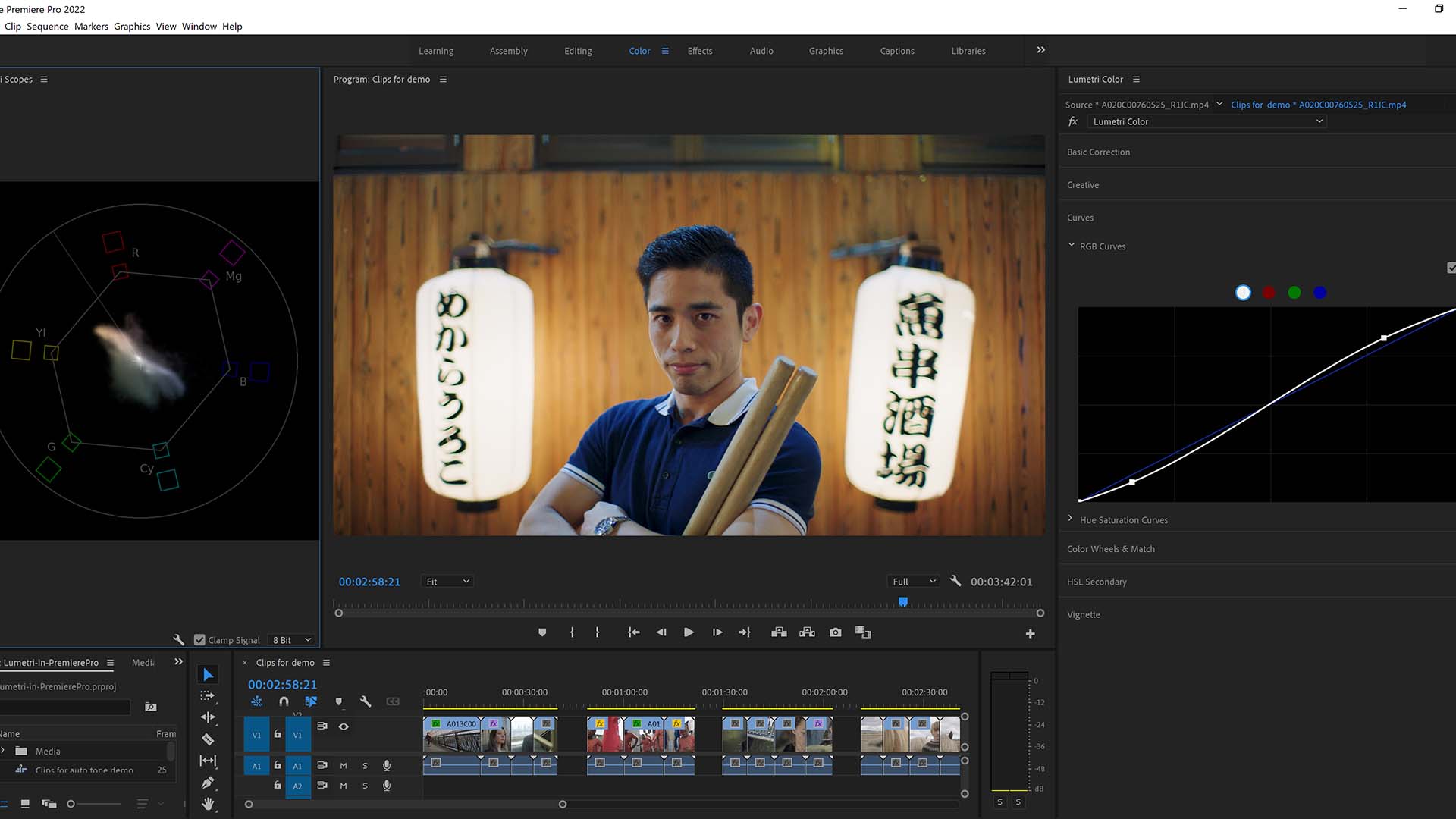 It’s time for this year’s (virtual) Adobe Max and that means the next round of updates for Creative Cloud apps as well as upcoming features to enter public beta.

As we’ve been noting with each Adobe release, Adobe is issuing more frequent updates with the result that there may be fewer new or updated features at any given release, but with greater frequency and with public beta updates. Public betas give users the opportunity to provide Adobe feedback to refine the feature for eventual release.

A feature from the past several public beta releases, Multi Frame Rendering now is in final release.  Rendering can now take full advantage of multiple CPU cores for up to 4x render speed. Features powered by Adobe’s AI “Adobe Sensei” can render up to 300% faster. The example Adobe cites for this acceleration is Roto Brush 2.

Next is workflow efficiency. Speculative Preview automatically renders comps in the background when system is idle, while Composition Profiler highlights those layers or effects which have the potential for longest processing time and gives the user the option to optimize their projects.

Render Queue provides more information for in-progress renders and can send notifications via the Creative Cloud app to any device the user specifies.

The first recent feature to see an update is Speech to Text. It sees improved accuracy even for pop culture terminology across the 13 supported languages, better date and number formatting and an option to export captions as sidecar files only.

A major feature is new color management for H.364 and HEVC formats including 10-bit HDR footage from current iPhones and from mirrorless cameras. Premiere Pro will interpret the footage’s color space on import and export. Lumetri now gets a colorized vectorscope, curve refinements, and most importantly hardware acceleration for 10-bit 4:2:2 H.265/HEVC material.

Premiere Pro public beta will see Remix. This Sensei AI feature analyzes music tracks through their audio patterns and dynamics and creates a new mix for whatever duration the user desires. Remix was originally released in Adobe Audition. Now it’s in the new Premiere Pro beta.

In the latest beta, Speech to Text on-device allows transcription without an internet connection. This is accomplished by downloading a language pack. In the initial beta build, it is available only in English.

The operant phrase across Adobe updates now seems to be Adobe Sensei AI. Body Tracker is a Sensei-powered feature which allows creators to use their own body movements and gestures to animate their puppets. No keyframing or animation experience required. And in public beta, Puppet Maker allows animators to create characters within the application without opening Photoshop or Illustrator. And using Transcript-based Lip Sync, you can use a transcript to animate a character’s lip sync.

Beginning with this release of Creative Cloud applications, all apps in the suite will carry unified version numbering to make keeping track of which version is current much simpler. All of the new applications will carry version number 22.0. Major release versions will guarantee forward and backward compatibility with any subsequent 22.x release of AE, Character Animator, Premiere Pro and Media Encoder.

With the overlap between still and video acquisition, let’s take a look at Max 2021 releases for Lightroom. They are significant.

Adobe Camera RAW, Lightroom Classic and Lightroom for Mac, Windows, iOS and Android see an entirely new selective adjustment toolset. Select Subject and Select Sky bring Sensei AI technology to mask creation. One tap allows, for example, the selection of a subject and then fine tuning that selection. Multiple non-contiguous selections can also be made with the same refinement capabilities.

This past June, Adobe introduced 7 Premium Preset packs and that is now expanded to an additional 8 packs in categories including, B&W, Food, Landscape, Urban Architecture, Lifestyle, Food, Retro, Travel II and Cinematic II.

Community Remix is added to the web-based Lightroom application (still confusing for some users in that Lightroom Classic is the traditional desktop version while Lightroom is cloud-based storage). That allows users to share their edits to the community for others to try other edits and to comment. It will at first be available only on Mac and Windows rather than mobile devices.

Finally, Lightroom Academy is a new way to learn and a resource that provides short articles, challenges, interactive illustrations as well as “do it on your own” exercises for photographic and editing edition. It is completely free.

Updates are immediately available via the Creative Cloud app for CC subscribers.