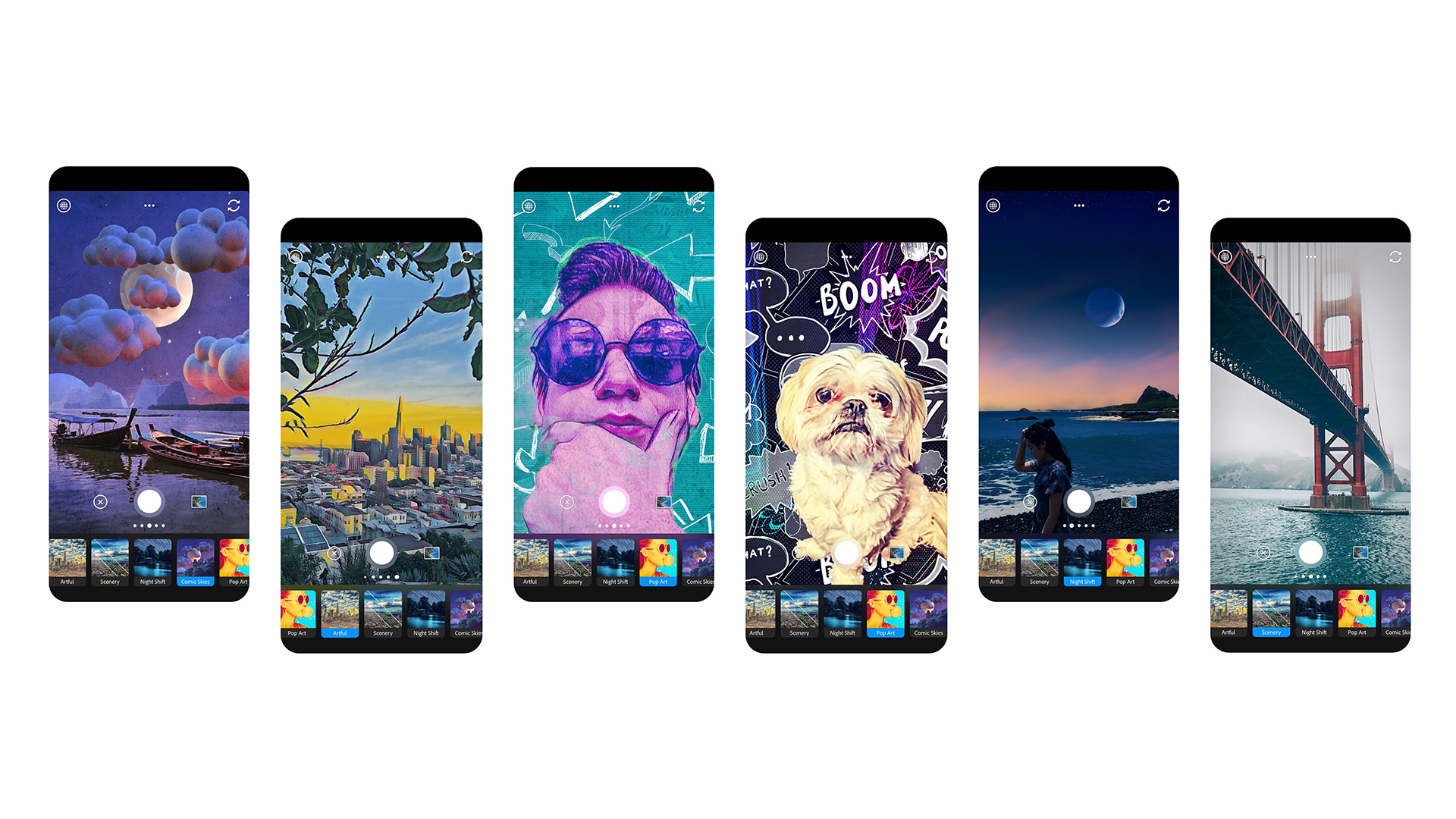 Adobe has entered the camera app world with one that aims to bolster your selfies with AI processing. If you want to turn yourself into a brand, now's the time!

Give your selfies some much needed oomph. Image: Adobe.

While the industry has pushed the limits on smartphone hardware, the software magic for photography on a mobile has been limited. Previewed in November and released later this year, Adobe Photoshop Camera is a new app that uses AI to apply ‘lenses’ or live effects that you can see while shooting.

The app is mainly for creating gorgeous selfies, food and scenery shots and as such will put it in competition with other social and camera apps like any from Snapchat or Insta but it’s free so what’s not to like?

The selling point is that you can just snap and do all of the editing in one convenient place. You can make quick fixes like portrait re-lighting, distortion removal and contrast adjustment and further edits can be made in the existing free app Adobe Photoshop Express.

Indeed, for Adobe the Camera app is an opportunity to broaden the appeal of its Creative Cloud platform and hints that this is the first of more tools in the pipe built for “the next generation of consumers and creatives” using its Sensei AI.

Using Sensei, the app can instantly recognise the subject in your photo and provide recommendations, and automatically apply features at the moment of capture in the viewfinder while always preserving an original shot. It also understands the technical content (i.e. dynamic range, tonality, scene-type, face regions) of the photo and automatically applies complex adjustments.

Adobe Photoshop Camera and the power of influencers

Adobe says it has roped in a number of celebrity artists and influencers to create the filters but the one announced so far is Billie Eilish. Her filter makes skies look eerie and rains her Blohsh logo down on you, according to one review.

Aside from the pop songstress, effect are titled Pop Art, Spectrum, Artful, Blue Skies, Portrait and Reverie. Up to eighty can be downloaded from an online library and app stores.

The strength of Adobe Photoshop Camera over similar apps, is arguably in the number of options you get with the same ‘type’ of image filter.  According to a review at Android user site when each filter is applied within the viewfinder you can frame and finetune focus, before snapping. All of the effects will be baked into the image, but you can open photos and tweak them yourself or simply revert back to the originals if you wish. The camera analyses the image in real-time and the effects are technically secondary. That does mean that if you can just take a normal image and then apply effects too.

When you're ready to share, you get a wide choice of aspect ratios—original, square, 4:5, 3:4, and so on. Built-in sharing outputs include Facebook, Instagram, Messages, Lightroom WhatsApp, and Line; failing that, you can use the OS's share sheet options, too.

Adobe’s chief technology officer Abhay Parasnis hinted that, in the future, you can expect to see Adobe work on partnerships to get its filters inside of other apps, perhaps even built into some phones’ native cameras so that Adobe’s “magic lights up in those environments as well.”

Photoshop Camera is available now as a preview for iOS and Android devices and targeted for general availability in 2020. You need to sign in with an Adobe, Facebook, Google, or Apple account to start using it.

If you save to Adobe Lightroom, you'll get 30 days of access for the login you used with Photoshop Camera, but after that you'll need a U$9.99-a-month subscription.

Note that the app can’t record video, at least in its first release.