Accsoon SeeMo reviewed: can you really use your iPhone as a monitor? 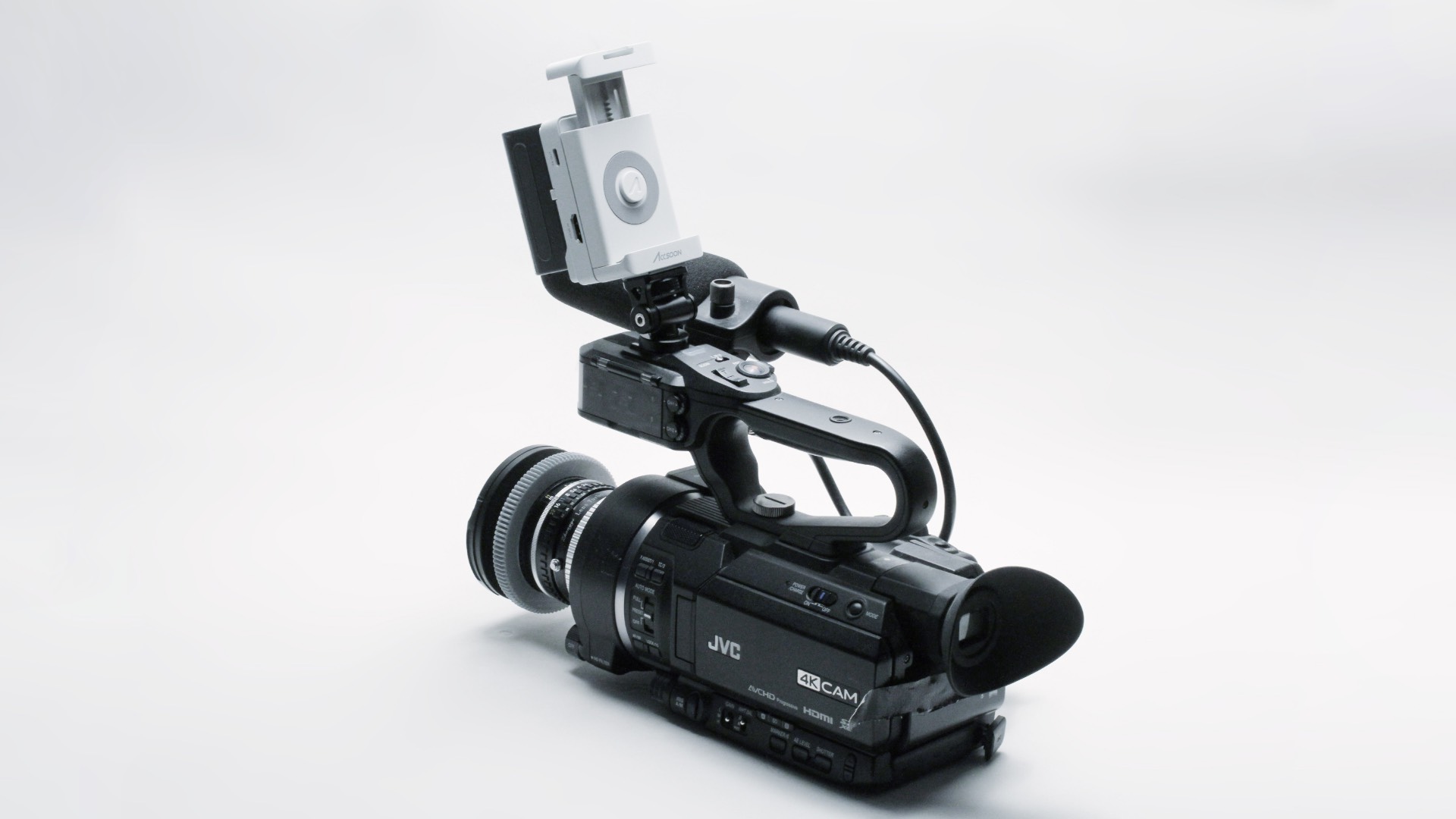 Phil Rhodes gets to grips with the Accsoon SeeMo, an adaptor and accompanying feature-rich app designed to turn your iOS device into a hardwired on-camera monitor.

It’s been a while since the first person noticed that smartphones and tablets often have really good displays and asked if it was possible to use one as a monitor. It’s a reasonable question, especially given that the wealth of monitors we currently enjoy exist mainly due to the availability of very capable display panels built to satisfy the vast market for personal electronics.

Actually making a phone behave as a monitor, though, isn’t that easy. Several different devices – including options from Accsoon – have made it possible to stream video to phones using wireless Ethernet, but while that’s supremely convenient from the perspective of not running cables everywhere, even the most careful engineering admits a degree of latency, caused by both the necessary video compression and the network service itself. This is the problem Accsoon’s SeeMo aims to solve by providing iOS devices with a hardwired input, essentially converting HDMI to USB-C. 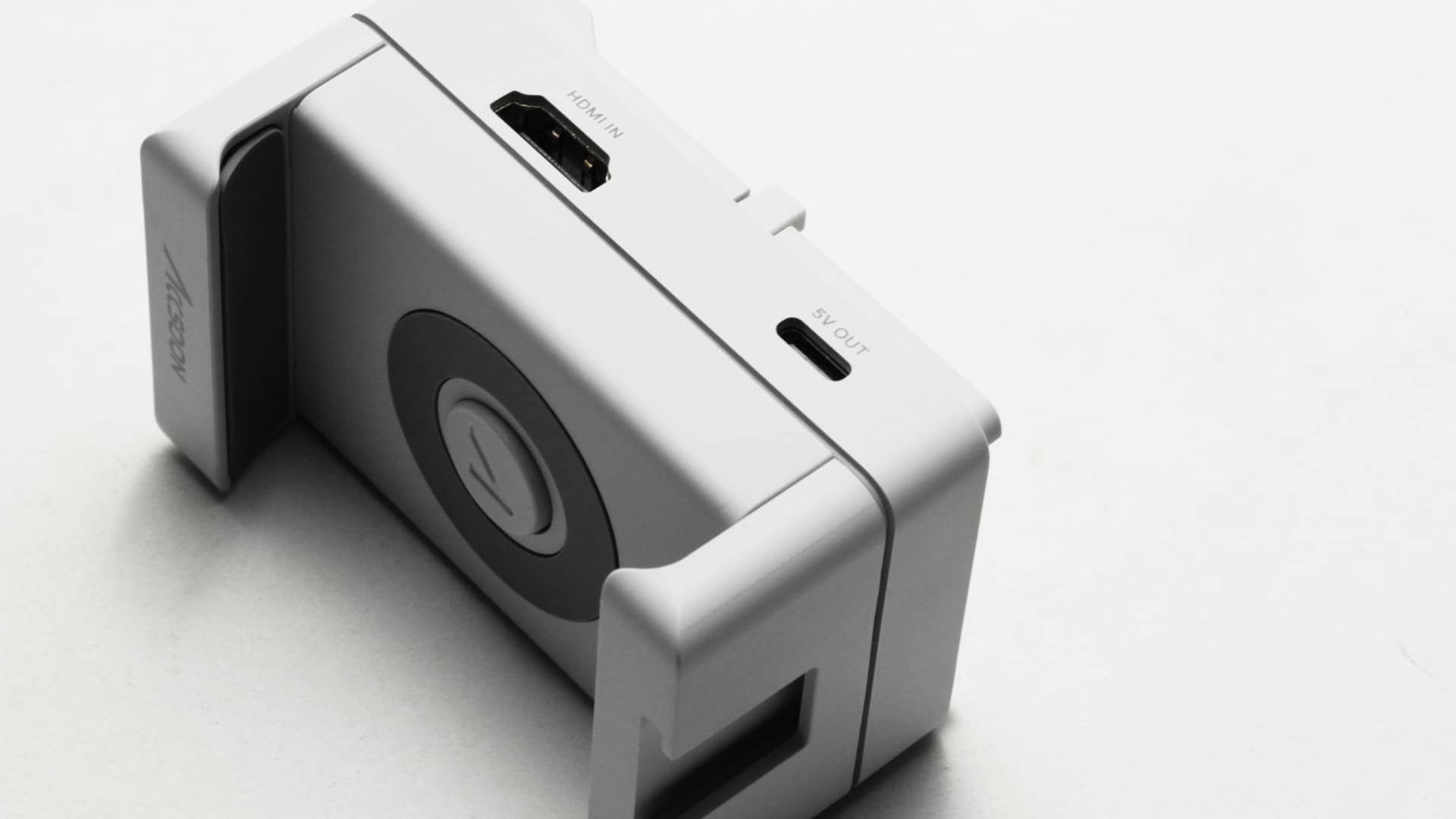 SeeMo is effectively an iOS-targeted edition of Accsoon’s existing Android-relevant M1 device, and exists as a compact (very compact) device that’s designed to sit on a swivel mount in a hot shoe, with a clamp to hang on to a phone. The physical package seems well done; it’s very small, but sturdy. Phones are notoriously difficult to adequately grab in this sort of rigging situation, but the SeeMo does quite a nice job of providing a silicone-buffered parallel clamp that’s secure enough to trust without being difficult to operate. This clamping arrangement is interchangeable with a larger one intended to accommodate a tablet, which wasn’t supplied for this review (and we had an iPad for test purposes).

The device is powered by a single NP-F style battery, which is no bad thing, and it has a single USB-C output to provide general-purpose DC power to other devices (though the documents state it won’t charge Apple widgets). The SeeMo in general is really a fairly straightforward device, specifically because it’s a hardwired connection in pursuit of minimum latency. As such, there’s no network configuration or Bluetooth pairing. Just plug in, launch the app, hit the big red button and things seem to work fairly immediately. The app itself is called Accsoon See and all of the configuration is done there. The only control on the device itself is a power switch. 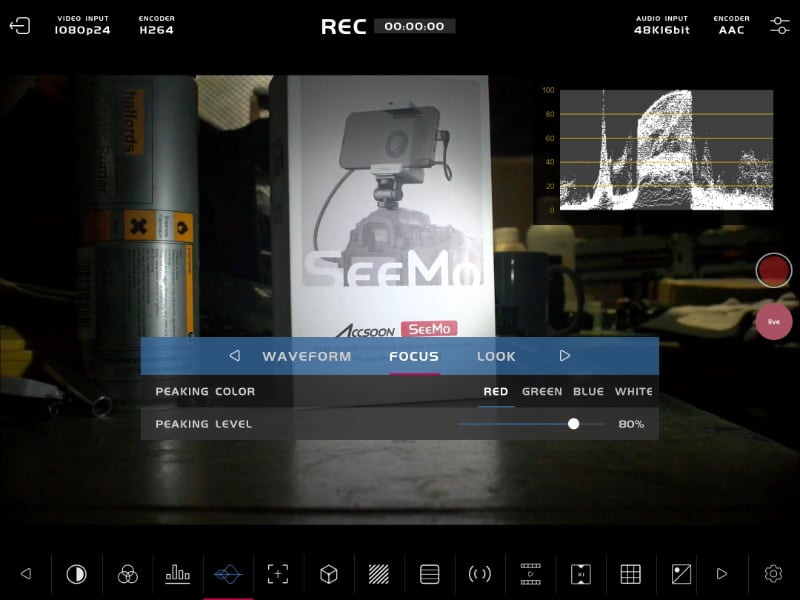 Accsoon claims that the SeeMo can “turn your iPhone/iPad into a professional monitor,” which is a big claim in a world where the likes of SmallHD have such a huge raft of features. Accsoon’s spec list is certainly pretty complete, though. The advantage of using consumer devices such as phones and tablets for monitoring is that the software has access to all of the processing power of the host device, so it’s fairly straightforward to implement things like LUTs and reasonable-quality waveform monitors that require quite a lot of number crunching. SmallHD has made a name for itself by building all that sophistication into the display; SeeMo leverages the iThing on which it’s running.

Features include all the familiar options, with exposure tools, peaking, waveform, framelines and aspect ratio options. Given the wired interface, the tablet’s wifi hardware remains available, and there’s an option to stream the video live using various configurations of RTMP, so it’s possible to go straight to YouTube, or several other places, from any HDMI device. The app will also record the video, perhaps for preview or beginning the edit, though it’s not clear whether there’s any easy way of synchronising things with the master recording in the camera to allow an immediate offline edit to begin. HDMI does theoretically have a standard for transporting timecode, and that could in principle be included in the recording, but HDMI timecode is not widely implemented, which leads to manufacturers not implementing it, which leads to it not being widely implemented.

The need for low latency 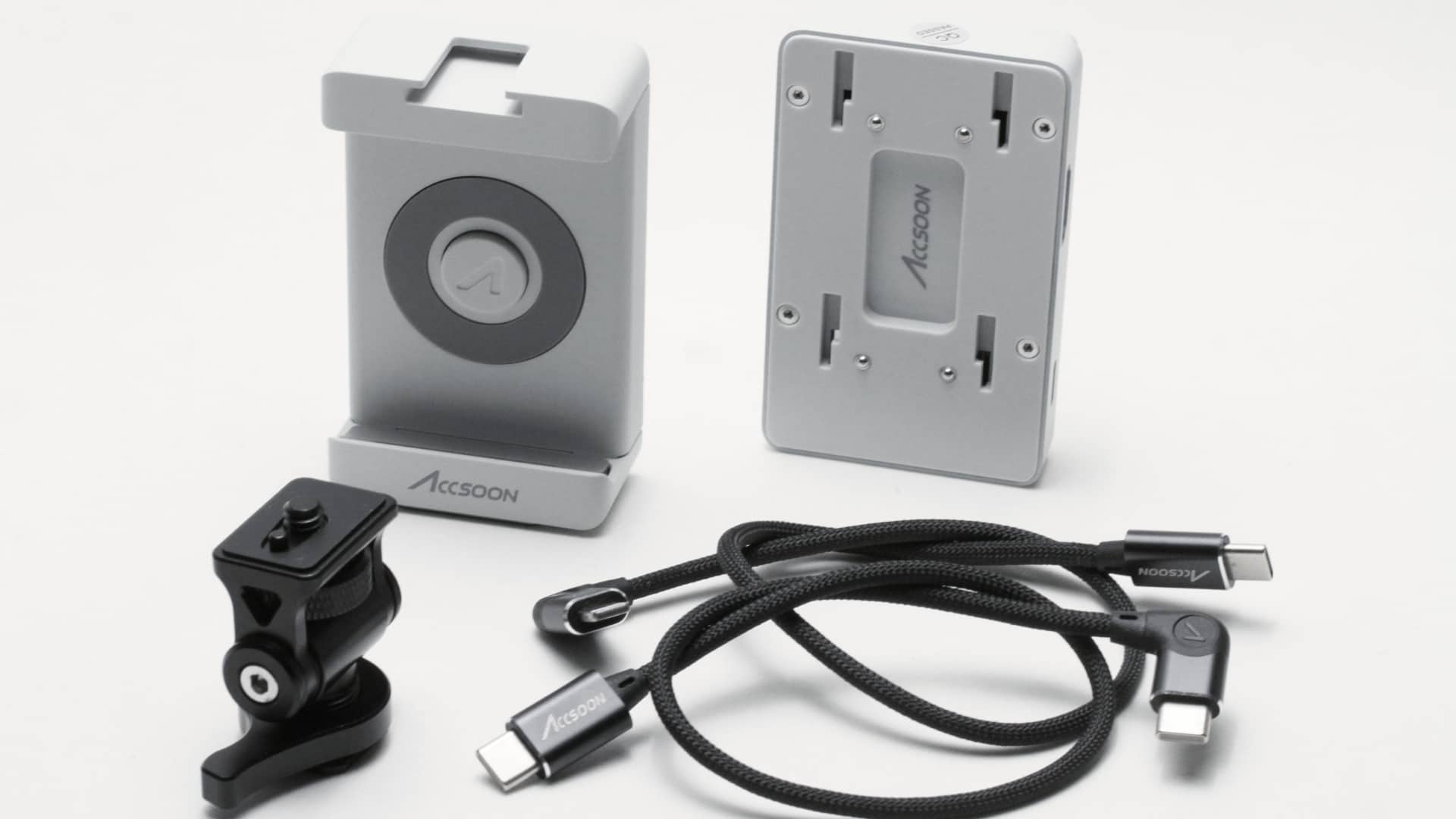 The big question is whether the wired connection reduces latency, and by enough to make this a truly usable, no-compromises monitoring solution. The answer is… sort of. Latency is visibly lower than devices which send the video over wireless Ethernet, as we’d hope and expect. Quality and reliability are high. Conversely, there’s still an unavoidable processing delay involved here. It looks very much like the device is using a long-GOP H.264 implementation to fit the video down the USB connection. Or, perhaps more accurately, it’s a short GOP, creating a delay of what looks like a few frames. As so often, latency is visibly lower at higher frame rates.

How well this works will depend on your application. It won’t be as good as a dedicated monitor with sub-frame latency for all but the gentlest camera operating, and given this is clearly intended mainly as an on-camera device, operating has to be a large part of its target market. It is certainly faster than the wirelessly-connected options. At around £140, it’s relatively inexpensive, competing mainly with dedicated displays such as the Portkeys PT5, which was specifically designed to be about the lowest-possible-cost monitoring option to include things like LUTs and a waveform. The PT5 will be faster. It probably has a smaller display than many phones, it doesn’t facilitate streaming, and it’s another thing to carry, which might actually be quite a major concern in the SeeMo’s target market of light-travelling YouTubers.

As such, the Accsoon SeeMo is a horse for a very specific course. Making phones and tablets be monitors is always going to be tricky until the phone and tablet people start to provide a more direct, lower-latency route to importing video, which might just mean waiting for USB 9.0. Other major architectural changes to phones to enable fast display of external signals seems unlikely as it only really has this one purpose. As such, anyone wanting to operate in anything other than the most permissive circumstances will still need a real monitor, although people with a need to record or live stream from arbitrary HDMI devices with monitoring as an ancillary task might find the SeeMo quite useful.