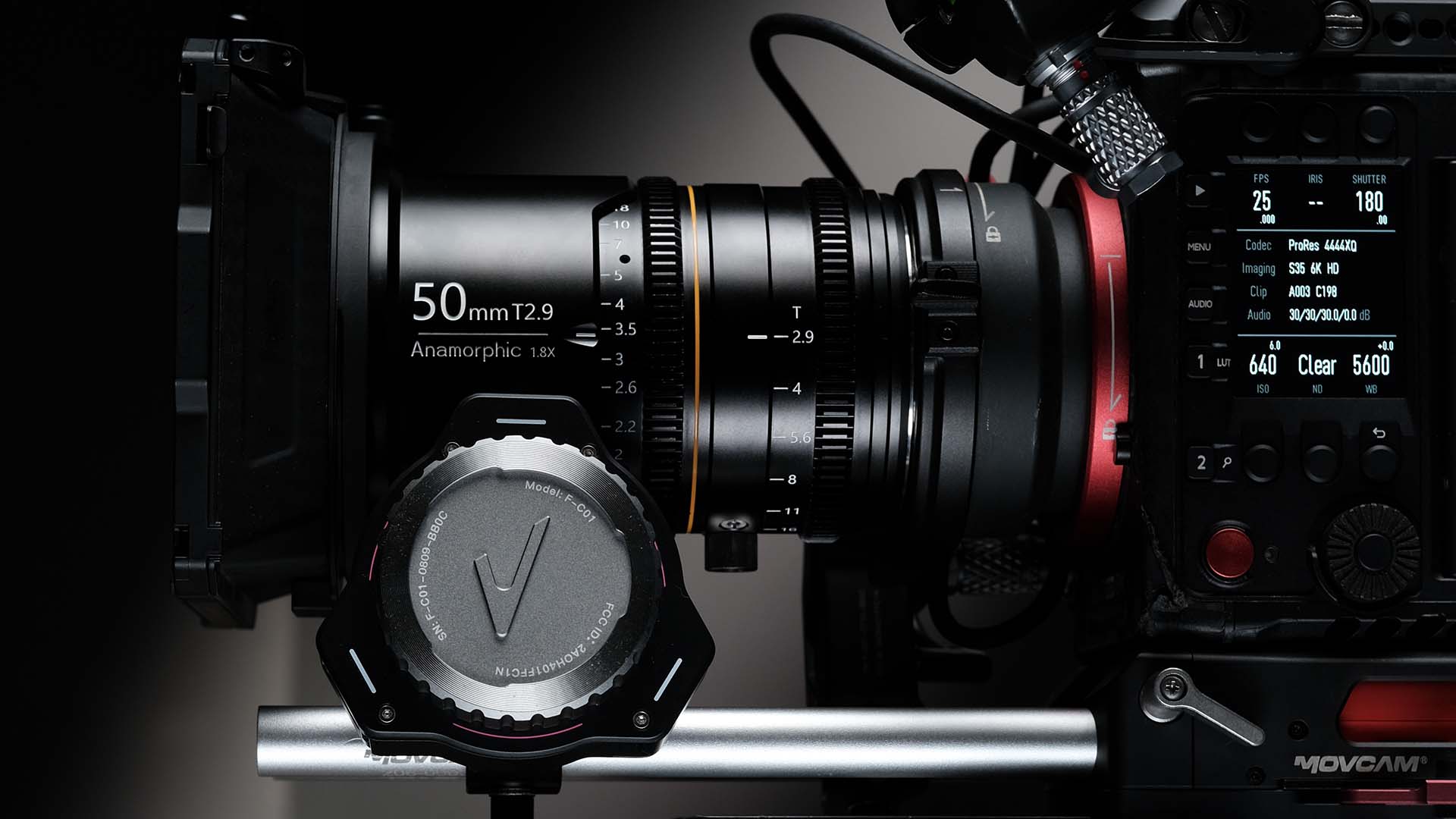 Radio remote focus systems exist in a fairly specific niche, and cost-controlled options even more so. Single-camera shoots which can afford a focus puller but not one of the big-name systems are fairly rare, and so it’s refreshing to see a new option emerge in the form of Accsoon’s F-C01, which was announced today.

We have only the company’s own data to go on, but what’s clear is that the F-C01 is a very, very compact option. The transmitter is barely bigger in plan than the control knob, and the integrated receiver-motor unit mounts on a single 15mm rod. That’s not new, altough compared to the size of the USB-C ports, this one really is very compact and will suit DSLR rigs as much as full-size production cameras. 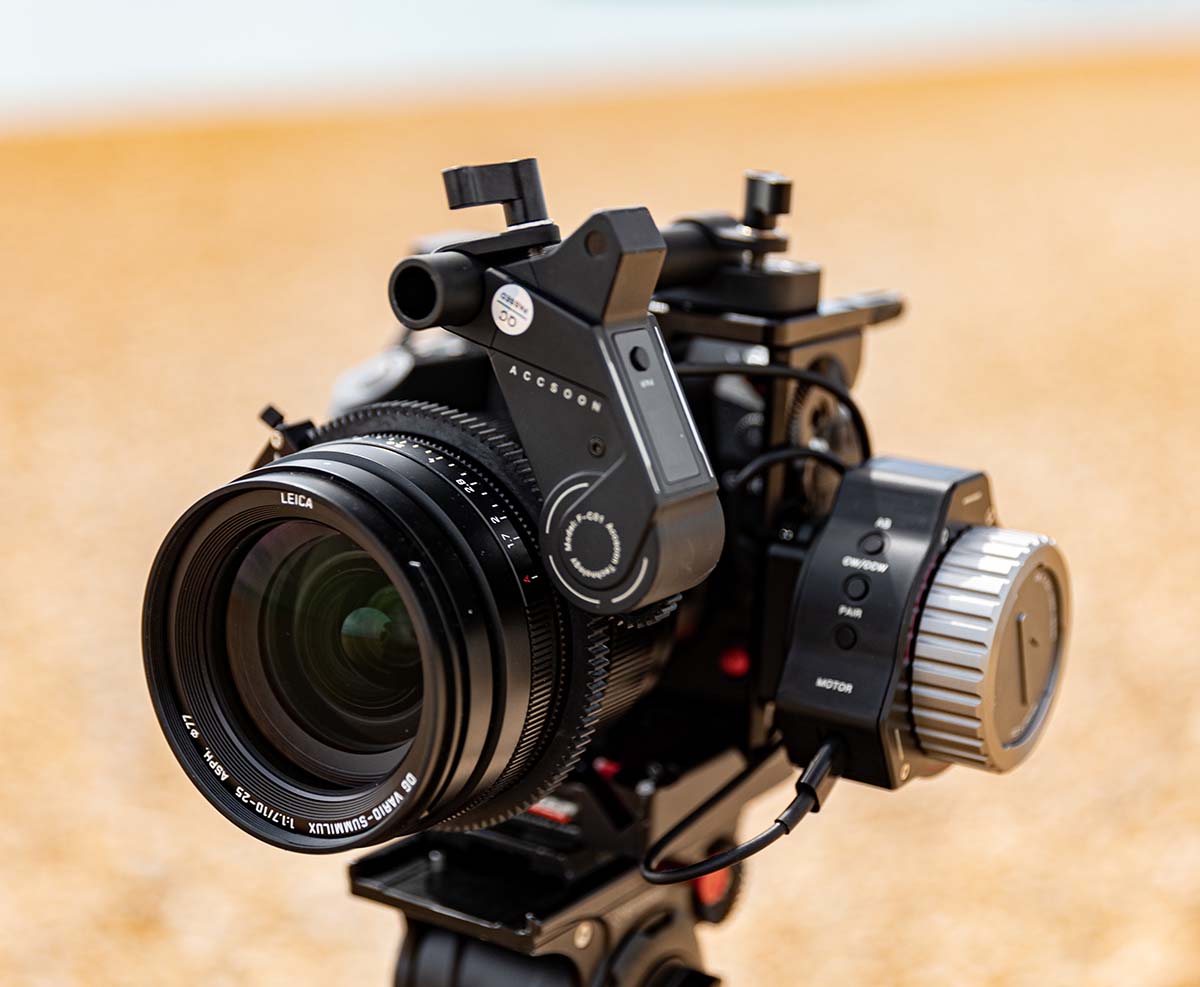 Accsoon seems very keen to headline the spread-spectrum transmission feature. It’s an inevitable consequence of the explosion of wireless technology that the radio frequencies which are more or less license free worldwide often get very busy, especially on film sets. Systems such as WiFi, though they work well enough, actually have only a fairly limited ability to change frequencies in the hunt for free space. The F-C01 operates around 915MHz, a region of the radio spectrum most often used by things like DECT phones.

915MHz is actually not part of the instrumentation, scientific and medical band that covers common 2.4 and 5.7GHz communications although it is available license-free in many countries. This includes the entirety of ITU Region 2 (essentially, the new world) as well as Australia, Europe (and, via grandfathering-in, the UK), but it’s worth checking the local rules as this band is used for cellphones in some areas.

What’s unusual is that the F-C01 frequency hops continuously, hundreds of times a second. If it happens to collide and interfere with something else, it’ll pretty quickly stop doing that, and the interruption to service is unlikely to be noticeable. The frequency is one of the less-common options to begin with an the spread spectrum technique presents another way to duck trouble. All this should lead to very robust radio performance, and the specifications predict a 100m range. 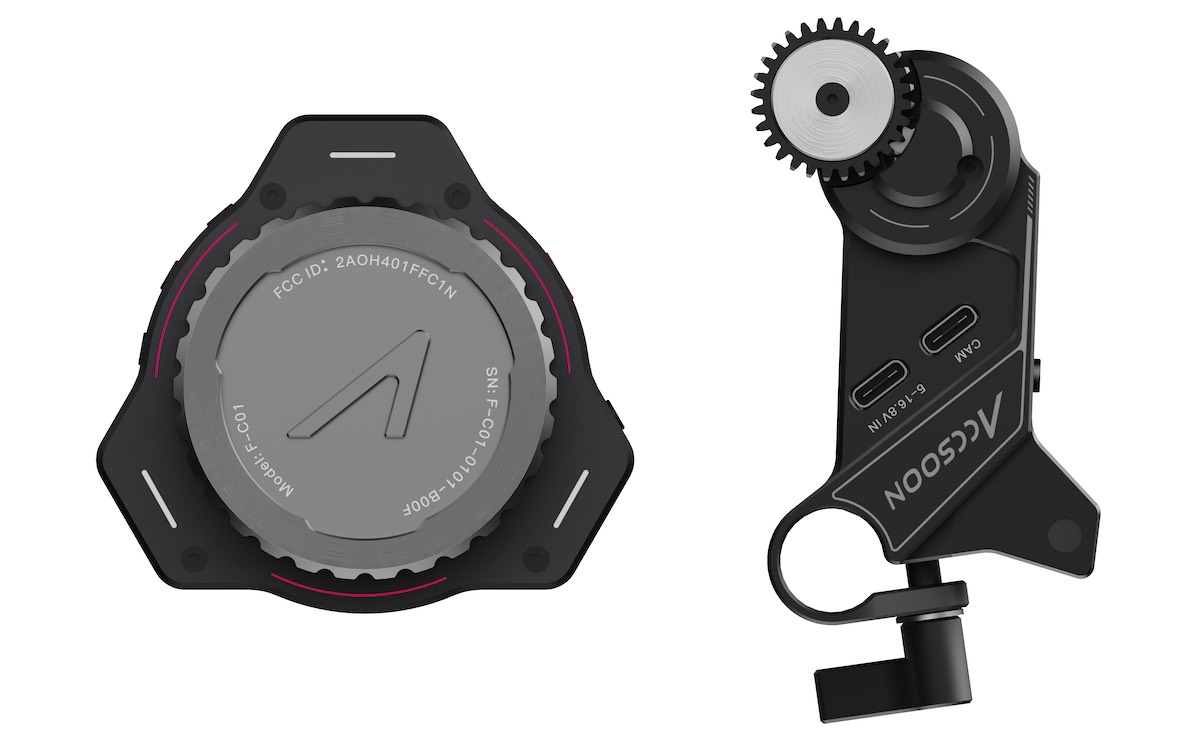 The mechanical capabilities of the thing we’ll have to evaluate in person, although Accsoon is at pains to emphasise that while it’s small, it’s mighty. When we reviewed the PDMovie Remote Air Pro 3 back in 2020, we noted that it was specified to over 1nm of torque for the slave motors, which, with no option to turn it down, could easily be too much. The much smaller, much less exensive F-C01 maxes out at 0.35nm, which might actually be a feature unless you perpetually shoot huge, unmaintained 1970s anamorphics at the north pole. In response to a question on this subject, the company’s very responsive PR told us that powering the receiver-motor from the 5V USB-C supply as opposed to the 14.4V battery power input will further limit torque, which is actually something of a feature.

Finally, the F-C01 is really not very expensive at all. With the controller and a set of power cables and mounting accessories, the no-battery kit comes in at US$279, a number that’s easy to like. Accessories are to include run-stop cables for various cameras. Radio remote focus is a huge quality-of-life upgrade, especially for handheld work and any other situation where it’s a pain to have another human physically connected to the camera, and bringing the price down thislow makes it accessible to a lot more people.