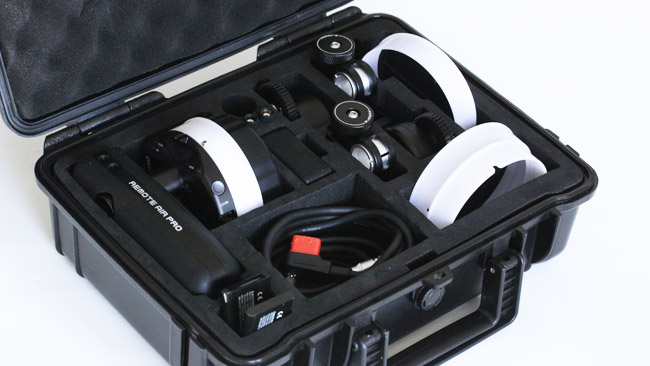 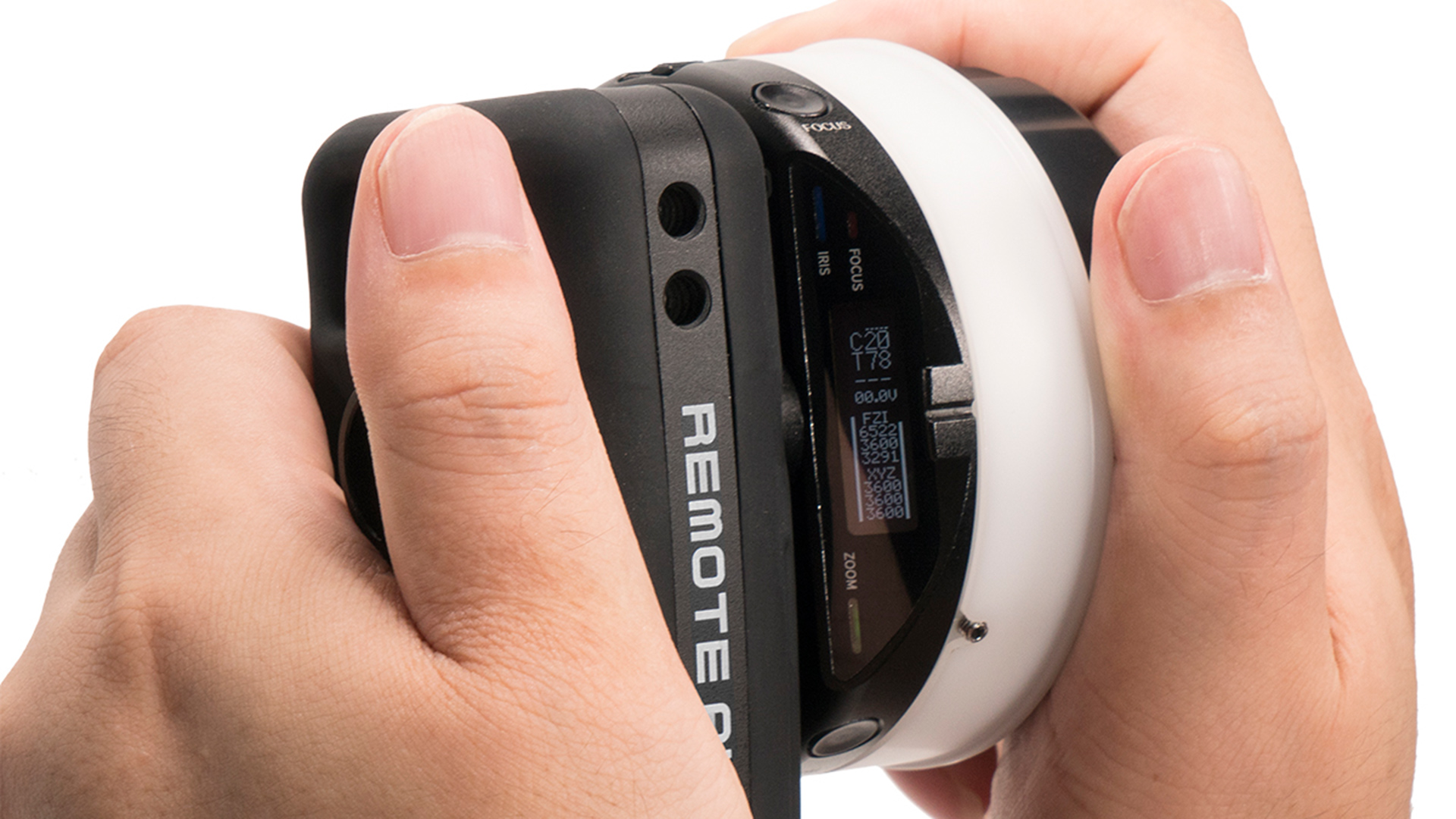 Review: Wireless focus devices are usually a dream item for a large proportion of filmmakers on low budgets. No longer. Phil Rhodes looks at a new remote focus system, the PD Movie Remote Air Pro 3, that promises power without the usual associated costs.

Radio remote focus devices are like chocolate eclairs. With sufficient effort, you can usually figure out a way to do without one, but it leaves a sense of nagging deprivation that’s hard to shift. Remote focus is such a huge quality-of-life improvement that it’s almost unheard-of for anyone on a big show to focus by grabbing hold of the camera, to the relief of both operators and focus pullers. Until relatively recently, a decent system capable of controlling focus, iris and zoom could push five figures, but we’ve recently seen a few more affordable options emerge. 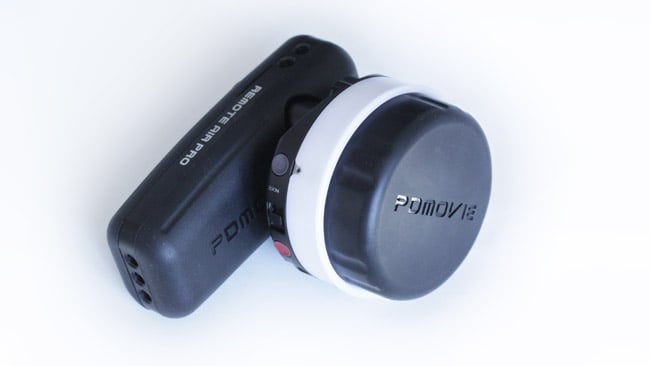 One such device is the PD Movie Remote Air Pro 3, kindly supplied by the friendly people at distributor Ikan with the controller, two motors, and a selection of accessories including cables and four interchangeable marking rings for the transmitter. The system as reviewed sells for US$1299; the single-channel version is $899, while the three-channel option goes for $1600. It is, to put it mildly, possible to spend a lot more than this on a lens control system. 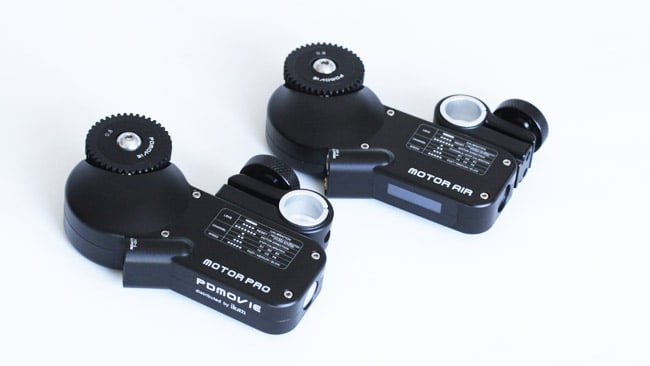 The motor marked Air incorporates the receiver and status display

First impressions are of well-made, nicely-finished motors of conventional overall layout. The chassis is tidy, black-coated metal, with a clamping system that’s compatible with either 19mm or 15mm rods. Configuration is simple; as with most modern systems there’s no separate receiver. The motors are chained together with supplied Lemo (compatible) cables with the master motor at the end, with its plug-in antenna and status display. PD Movie supplies mod 0.8 gears compatible with cinema lenses, although 0.4, 0.5 and 0.6 options, which would suit broadcast zooms and other things, are also available. 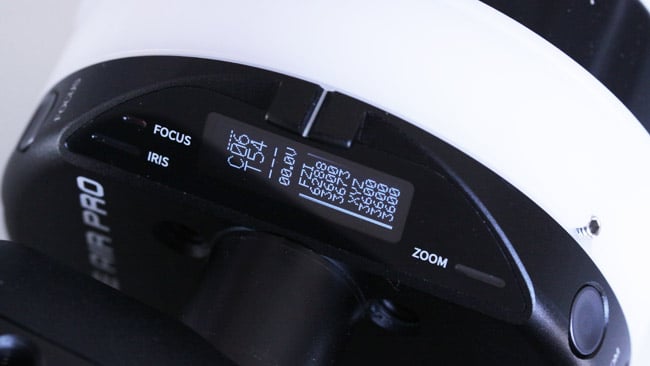 The status display reads out in encoder counts, though the cellphone app will show distances.JPG

The transmitter is of a slightly unusual design, but one that’s quite effective. There’s a black rubberised handgrip onto which the electronic assembly clamps via a short rod, providing for a lot of flexibility. The idea is that accessories such as a monitor can also be mounted onto one of the 1/4” holes in the handgrip. The control knob, with its indexed marking rings, is fairly conventional, while there are two miniaturised rocker switches for iris and zoom. Possibly these tiny rockers are the weak point of the design – it’d be tricky to produce really precision results using such a small physical control – but they work. The transmitter has interchangeable batteries. Two and a charger are supplied, enough for continuous working. A Lemo (compatible) to USB cable is provided for external power. 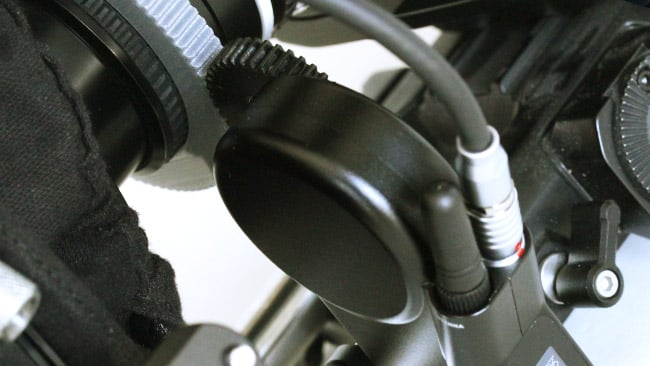 Seen here engaging with a 3D-printed gear on a Nikon Series E lens_ the combination is very effective, and the scale expansion is really useful.JPG

There are no obvious rough edges on the physical build other than the fact that the D-tap connector wouldn’t fit an Anton-Bauer battery; it seemed fractionally too big, but went into the Wooden Camera D-box fine. It’s worth being aware that the instantaneous power consumption of lens motors can be quite high. They’re powerful enough to be quite hard to stall by hand, as they really must be, and are marked with a warning that they might draw five to seven amps. That’s not unusual and doesn’t mean they’re likely to draw down batteries too fast unless they’re working really constantly, but like all lens motors they need a sturdy power supply. 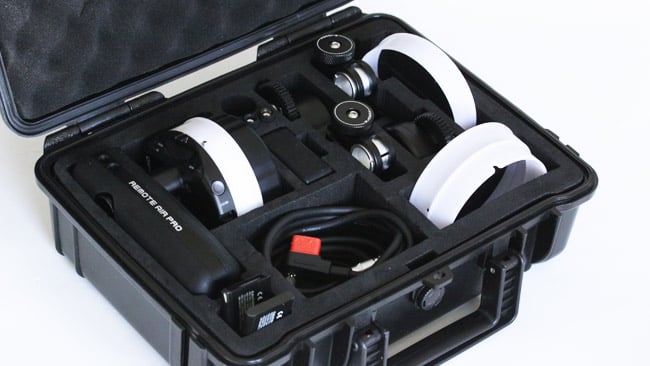 There is theoretically room in the kit for a third motor, but you'd struggle to include more than four marking rings

No camera assistant has ever complained that a lens motor was too powerful, since there’ll always be some ancient, cast-iron Russian anamorphic designed to survive a nuclear war that’ll stall anything. Even so, the PD Movie motors are very respectable, even rather over-enthusiastic during automatic calibration. Speed during operation is variable, but the calibration cycle is powerful enough that lightweight lenses, particularly DSLR lenses with add-on gears, may have enough give for the teeth to slip at the end of the calibration. There’s a manual calibration feature which is naturally gentler on the equipment but currently no option to make the auto setup more careful; perhaps this could be addressed in firmware.

The display on both the transmitter and receiver shows the current position in terms of encoder counts, revealing that the effective resolution of the device is 7200 counts from end to end. That works out to a fraction less than a twentieth of a degree resolution, and at that resolution the numbers are clean and stable with no random toggling of digits when the controls are still. There is an A-B scale-expansion option available for all three of the focus, iris and zoom channels from the transmitter.

Coded button presses aren't perhaps the nicest way to interact with anything, but given the small area available for controls, it's fine. Printing the legend on the motor is a great idea

The motors will remember their settings through a power outage, although restoring the previous calibration requires a quadruple-tap on the button on the bottom of the motor, meaning that crew need access to the camera to get things working after a power cut if manual calibration has been used (that rather robust auto calibration can be started remotely). It would be good if the quadruple-tap worked on the transmitter as well. More speculatively, it’d also be nice to be able to store and display lens distance data on the transmitter, although that can be done in a phone app.

There is a remote run-stop control – double tap the power button on the transmitter – but the cables to test it are not quite available yet. The feature is to support a variety of cameras including LANC control. A more major feature that was hard to test (largely because of virus-related availability of people and things - sorry) was the cellphone app, which is currently available only for Apple devices. It provides a variety of features including per-lens storage of calibration data and the superb vibrating mark alerts found on very high end systems. The company intends to release an Android version this year, and we’ll revisit this when we can. 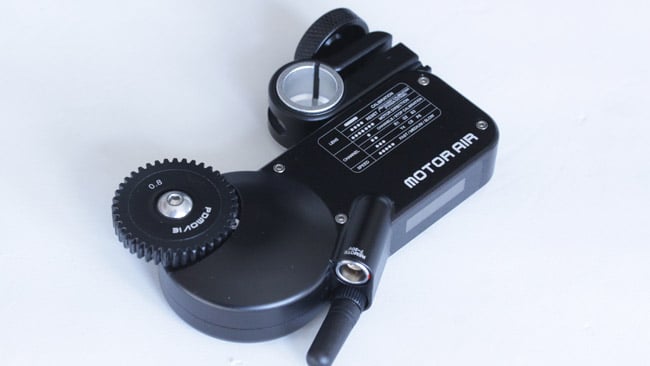 Powerful - sometimes to a fault

At this price point, the PD Movie Remote Air Pro system appeals to exactly the productions that need it most – those using less-than-ideal lenses with a short focus throw. Merely having a system that expands that throw to almost a full revolution, and makes it remote, is a boon. Leveraging a phone for the advanced features and vibration alerts is clever; the vibration alone makes it possible to observe the scene while remaining aware of passing marks. It’s very convincing.