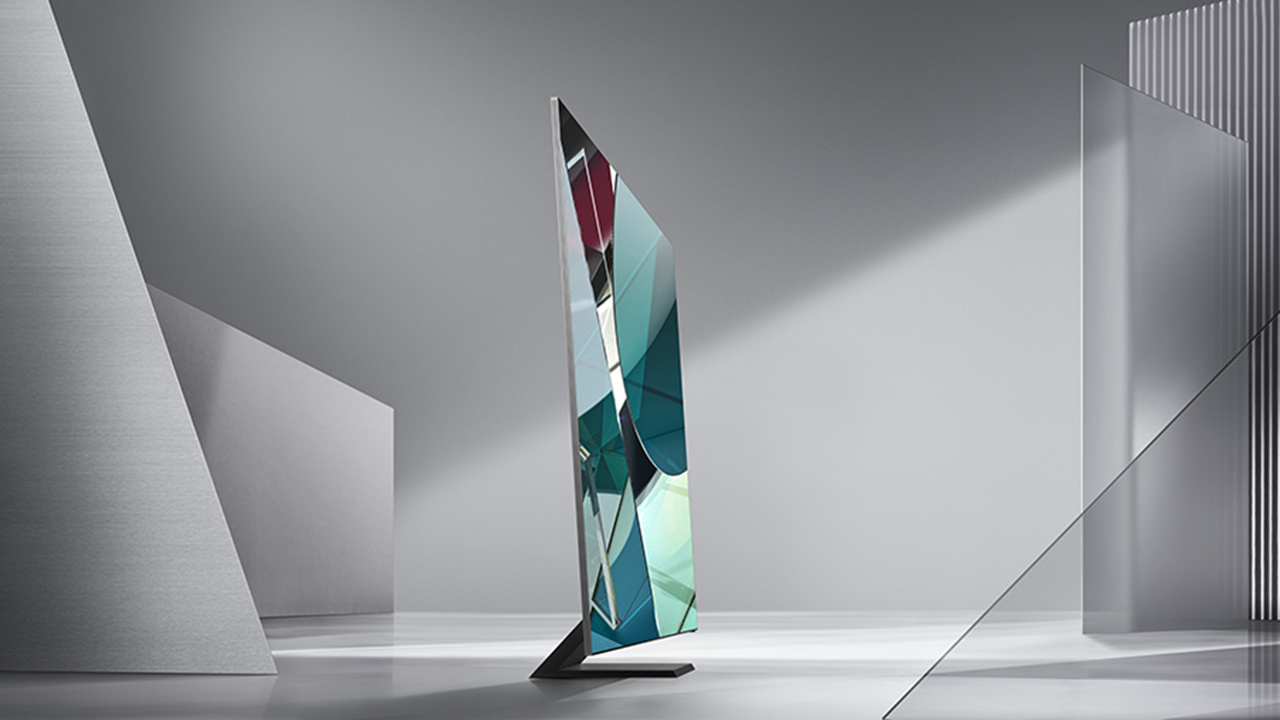 The price of 8K televisions has been falling all the time, and now we've reached a point where, if you need a new TV, there isn't really any reason not to buy one.

There are several definitions of the “technological singularity”. The more apocalyptic versions are along the lines of “we will have reached the singularity when machines become more intelligent than us”. At that point the robots will just make better and better machines without human intervention and in the time it takes to say “twenty picofarad capacitor” we will have lost our status as the dominant species on the planet to our silicon overlords.

But my favourite definition is more prosaic. It is that we will have reached the singularity when the curve of technological process against time is vertical from our perspective. In other words, things change so fast, that we have lost the ability to predict when they will happen.

I don’t think we’re quite there yet, but I am beginning to think that we’re in the foothills. One symptom of this is that we are starting to see developments which take us by surprise. And by “us” I mean people like you and me who are familiar and current with technology. If something seems unexpected to us, then we have indeed been deceived by the steepness of the curve.

Both of my eyebrows skidded to the back of my head when I heard that the new Apple Silicon powered iPad Pro was 1,500 times faster than the first iPad 10 years ago. Like a lot of statistics used for marketing purposes, this is likely to be a bit selective - it’s hard to figure out the exact basis of the comparison, but, even so, there’s more than a little truth in it. And even if it’s out by a factor of five, it’s still pretty remarkable and even though I knew the performance curve was steep, I didn’t know that it was this steep.

I had a similar surprise when I was looking for a new TV to buy. It’s quite enjoyable for me because I actually know what I’m talking about in this area.

I found a TV I liked the look of - a 55” QLED Samsung 4K model. QLED is a good technology. It’s obviously named to look a bit like OLED, but uses Quantum Dots instead to give extra brightness to the pixels. I know from previous models I’ve reviewed that it’s a good technology.  Priced at £1,199, (US$1,670) the set was £700 (US$975) cheaper than when it was on sale only in January this year.

It was only when I was trawling through the specifications that I noticed it is actually an 8K TV. That took me completely by surprise. It was an 8K TV for the price of a 4K set.

At that point, why would you buy anything else?

I have to say, though, that you certainly can tell the difference between good 8K and good 4K on a 55” screen, and while there isn’t much 8K around to view at the moment, the Samsung even includes AI-based upscaling from HD and 4K to 8K. I’ve seen this in action and it really does work, even though it does sound a bit like marketing woo.

Honestly, I’m very tempted by this. If you can buy an upper mid-range 8K TV for the price of an upper mid-range 4K set, why wouldn’t you? At the very least you’ll be ready for 8K when it’s finally available to watch without having to search YouTube for 8K demo footage.

So, does this mean that the technological singularity is here? I think it’s a sign that it’s approaching.

Just nine years ago I was at the IBC show in Amsterdam when 8K was a science experiment. 4K was just starting to roll out to expensive consumer outlets: you had to be wealthy to afford the typical £25,000 (US$34,836) list price. Only around three years after that, you could only buy 4K sets in the shops. I think we’re on the way to that situation now with 8K. I predict that in 3 years the majority of TVs on sale will be 8K and in 5 years, you won't be able to buy 4K sets any more. Soon, it simply won’t make sense to buy 4K TVs at all.

There will be plenty of people who will disagree with me, and that’s fine, but I would also say that if you’ve been around as much 8K as I have, there are some distinct advantages to adopting the higher resolution. These are not obvious like the way that HDR looks great even to non technical people, and they’re not as apparent as the stunning improvement that Full HD is over SD. Instead they’re all about subtlety.

High resolution video is not merely a matter of how sharply you can define the edges of an object. It’s all about smoothness. It’s the lack of aliasing (stepping) on a gentle curve. It’s about seeing the microshadows that signal the texture of a face. It’s about the ability to show digitally reproduced video as though it were not digital at all. It’s about making the digital world look analogue again.