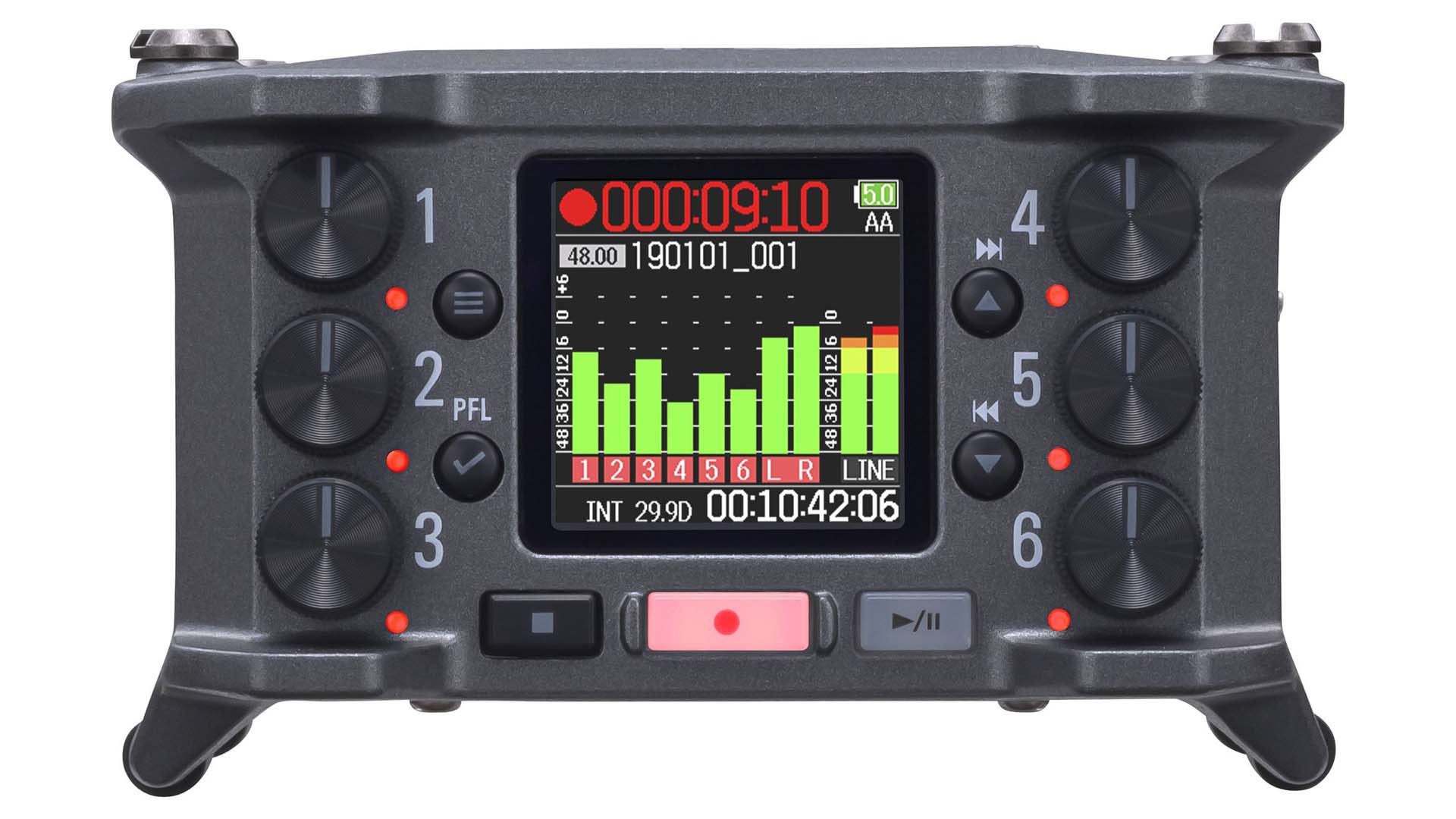 We’ve all done a shoot were we’ve overlooked the audio levels. The common result, wildly peaking audio that’s clipping into another stratosphere. Of course, in post the audio is so distorted it’s unrecoverable. Likewise, setting the gain too low would cause the noise floor to raise when attempting to pull it back up, yielding hissy/noisy audio.

If you’re a one-person operation, you’ll know how stressful it can be trying to wear several hats at once: director, camera, lighting, sound recordist, etc. Mistakes happen.

Enter the wonderful world of 32-bit float recording; in this case the Zoom F6 multi-track field recorder, which comes in at £575.

The Zoom F6 achieves 32-bit float via a clever design of two A/D converters. The signal from the mic goes into a preamp, then through the two converters, which yields a very wide dynamic range; everything from human breathing, about 10 dB, to a 1-ton TNT bomb which is around 210 dB.

Even though 32-bit float recorders, technically, have no headroom limit regarding their SPL (Sound Pressure Levels) range, they actually do because the recorder will always be limited by the SPL of whatever microphone is plugged into it, and all microphones have an SPL limit.

The Sennheiser MK4 mic that I used with the F6 has a maximum SPL of 140 dB. To give you an idea of how loud that is, whispering is around 30 dB, regular conversations take place at around 60 dB, a motorcycle engine is around 95 dB, a rock concert around 140 dB and a gun shot going off a few feet away from the mic is, give or take, around 150 dB.

So why do we need 32-bit float if there isn’t a microphone on the planet that also has no SPL limit to match it? Well, that’s quite simple. If you’re a one-person video production company and you own a 32-bit float field recorder, you can just stick the gain input level to around halfway and forget about it, regardless of what you’re recording. 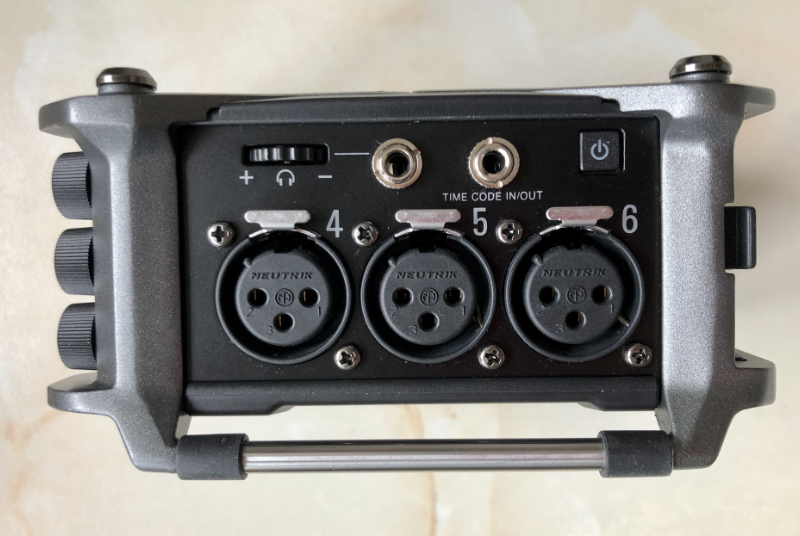 Imagine this scenario. You’re filming a presenter doing a piece about the new high speed London to France train. The presenter is talking away on the platform at around 60 dB and then a high speed train zips by at 128 dB. Ordinarily, if you’d set your levels for the presenter the train section of audio would clip to hell, rendering the audio useless. With 32-bit float, no problem. Just slice the clipped portion of audio on the timeline and drag the peaks back down for perfect audio with no clipping or distortion.

The Zoom F6 is a multi-track recorder with six XLR inputs, so you can record six channels at once onto six different tracks. However, if you’re a musician you’ll need to buy a DI box as there are no line level inputs for instruments such as: bass, guitar, synthesiser.

Overall, the Zoom F6 is an amazing piece of recording kit, but I did have a few quibbles, which I feel compelled to mention. First up I feel that the design of the F6 was a little awkward, and fiddly to use and operate. For example, the SD card slot is so close to the protruding metal lip of the casework that it’s hard to get a decent purchase on it to remove it. 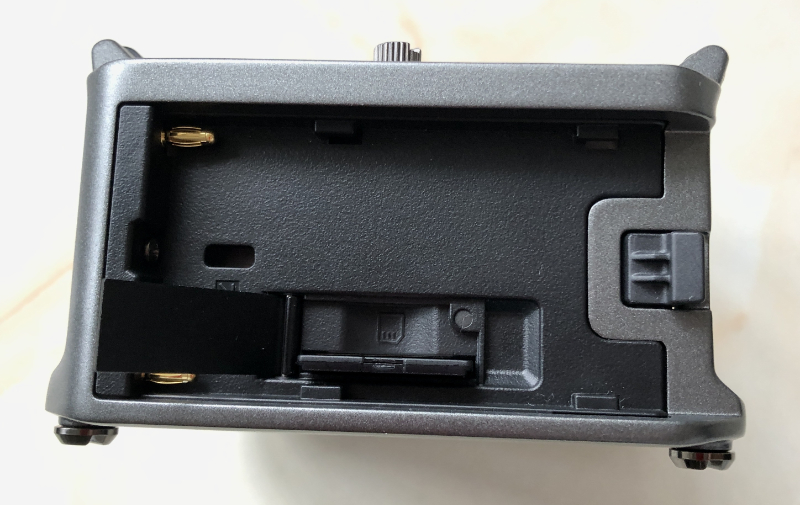 Although it’s not a huge deal, since nobody is going to be changing cards that often, I personally found it annoying. Another point is that the SD card slot is directly behind the Sony battery mount meaning, if you use a Sony battery for longer life, you’ll have to remove it each time you have to change card. Again, this probably won’t be that often but I feel I should mention it.

Staying with batteries for a moment. The F6 also takes four AA batteries, which are housed in a removable plastic holder. The only slight gripe I have with this is the hinged cover, which, for some reason, has a knurled screw that requires about ten turns to allow opening of the battery hatch. I would have preferred a regular DSLR/Mirrorless camera type catch that simply requires the flick of a thumbnail.

My next little complaint is the feet. There are two bars (for a waist belt to go through) that have four mini rubber feet at each end, so when you put it down the unit is protected from whatever you might place it on. This is fine so long as you’re placing it flat. But given there is nothing on the top section of the F6 to see (apart from the Zoom F6 logo) I found I was always placing the unit on it’s end so I could have the screen and control knobs facing upwards. This meant placing the F6 down with the bare unprotected bottom edges of the F6 coming into contact with whatever surface you place it on. If that surface happens to be a concrete wall it will almost certainly end up scratching the unit. 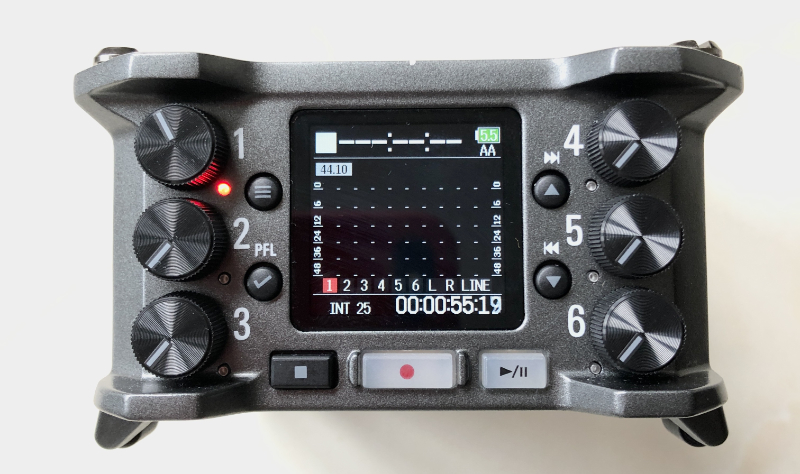 The menu system itself is ok, but navigating it is not. You have four buttons to do this. One to get into the menu itself and then three other buttons to go right, up, down and enter. I defy anybody to remember which buttons do what, even after three weeks of use I found myself constantly hitting the wrong buttons – aaarrrgghh! I would have preferred a single dial/push button affair for navigation of the menu.

Putting aside my little complaints (and I admit, I do have some OCD tendencies regarding design and usability) the Zoom F6 is an outstanding performer and is built well enough that it should give many years of trouble-free in-the-field professional audio recording.