We review the Zhiyun Crane M3, and hopefully come closer to pronouncing the company name than any other YouTuber. We hope.

The Crane M3 is one of Zhiyun's latest gimbals, and it is designed to be both compact and pack a punch in terms of payload capacity and camera compatibility. How does it fare up?

The Crane M3 we were supplied with came in a really high quality mini-backpack, made in a tough bright white material. The entire system fits within it, making it easy to take to a location. Some among the community might want to find a Pelicase since it does fall on the fashion side of looks. That said, what's inside is quite impressive.

There's the gimbal itself, which is finished replete in a white and red colour scheme. It conjures up visions of the eighties for me, with white Audi Quattros and Porsche 959s. It looks great. Similarly great is the supplied microphone. A heavy duty cardioid/hyper-cardioid affair that is designed to be used for run and gun, but which in fact performs amazingly well as a general boom mic. More on this later. 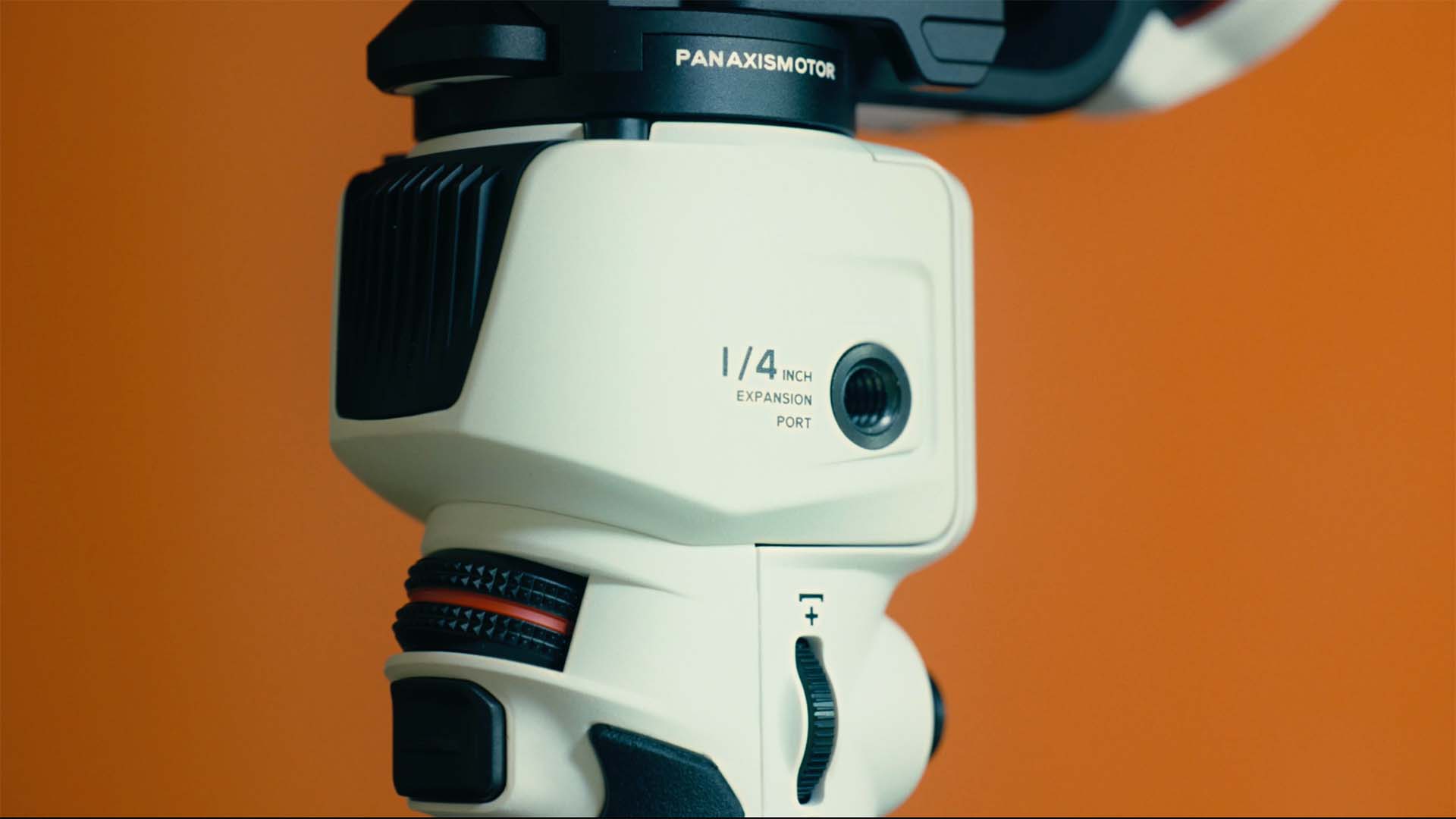 The Crane M3 has 1/4" screw mounts for accessory mounting.

The system uses a quick release plate that is mounted to the camera, design so that you can detach the camera quickly from the gimbal, and then reattach it without the need for rebalancing. Zhiyun also supplied an multi-function expansion base module for the base of the gimbal that allows the microphone to be plugged directly in via a chunky 6.5mm socket, and then the sound piped right into the camera via 3.5mm sockets on the gimbal head. This base attachment can also have 1/4" accessories attached to it as well, along with an optional transmitter module for wireless control of the camera.

The gimbal also features a bright LED light, which is to the side of the camera. There's a light control on the side of the gimbal that controls brightness and colour temperature. Zhiyun also supplies a number of coloured filters that magnetically attach to the front of the light for further correction and/or effects.

The set-up of the Crane M3 is very similar to most other gimbals. Vertical balance, followed by horizontal, and then the pan balance. It's all very quick and easy. I did find that you do need to be careful of the camera size and the lens you use, though. For example I found the Panasonic GH5 to be right on the brink for space, and you might need a horizontal offset plate to shift it along horizontally to fit it onto the gimbal. You'll also need a very lightweight lens.

Officially the M3 is compatible with cameras such as the Nikon Z 6 and Z 7, as well as the Sony Alpha series, although you will need to double check your les compatibility, and some cameras will need the eye cap removed from the EVF to create enough clearance for proper use.

The build quality and design is fantastic.

Since I own a Panasonic S1, which is the size and weight of a Challenger II tank, I had to resort to using my iPhone 12 Pro. This is easily done because the M3 is in fact design with smart phones and action cameras in mind, too, and the company supplies a smartphone grip with the package.

Turn the gimbal on, and the interface is self explanatory. The full colour LCD display is extremely responsive and easy to navigate. Auto-calibrating the system was a breeze, and the different modes are easy to find.

The Crane M3 is very small and compact, which means carrying it around all day is easy. Like all gimbals the time consuming part is balancing the rig, although this is made easy by a small tripod attachment that screws into the base of the unit. This can also act as an extra length handle for two handed operation.

The Crane M3 will certainly suit those of an active nature, who want to follow fast moving action. Hold down the trigger on the front and the unit switches into a much more responsive mode that follows quick action much better. Other modes, such as Follow Tilt, Follow Pan, Lock etc can be accessed very quickly from a large menu shortcut. This can be left open during operation so that you can quickly select the exact mode you want.

Battery life was excellent. The battery is built in, so that's a good thing. I used the unit all day in the cold and it managed perfectly with power left to spare. Obviously you will get better life with lighter cameras. I was using the M3 with my phone because it was the only camera system I had to hand that would balance easily on the unit.

The most interesting thing about the whole package, I found, was the microphone. Usually I would have dismissed such an inclusion since I would have presumed that it would be a low quality offering. How wrong I was! The mic that was supplied with the Crane M3 Pro package is self powered (no phantom power option), with a full size XLR connection, and can be switched from a cardioid pattern to a hyper-cardioid. My short video review at the end of this article was recorded using it (with some processing in Resolve). 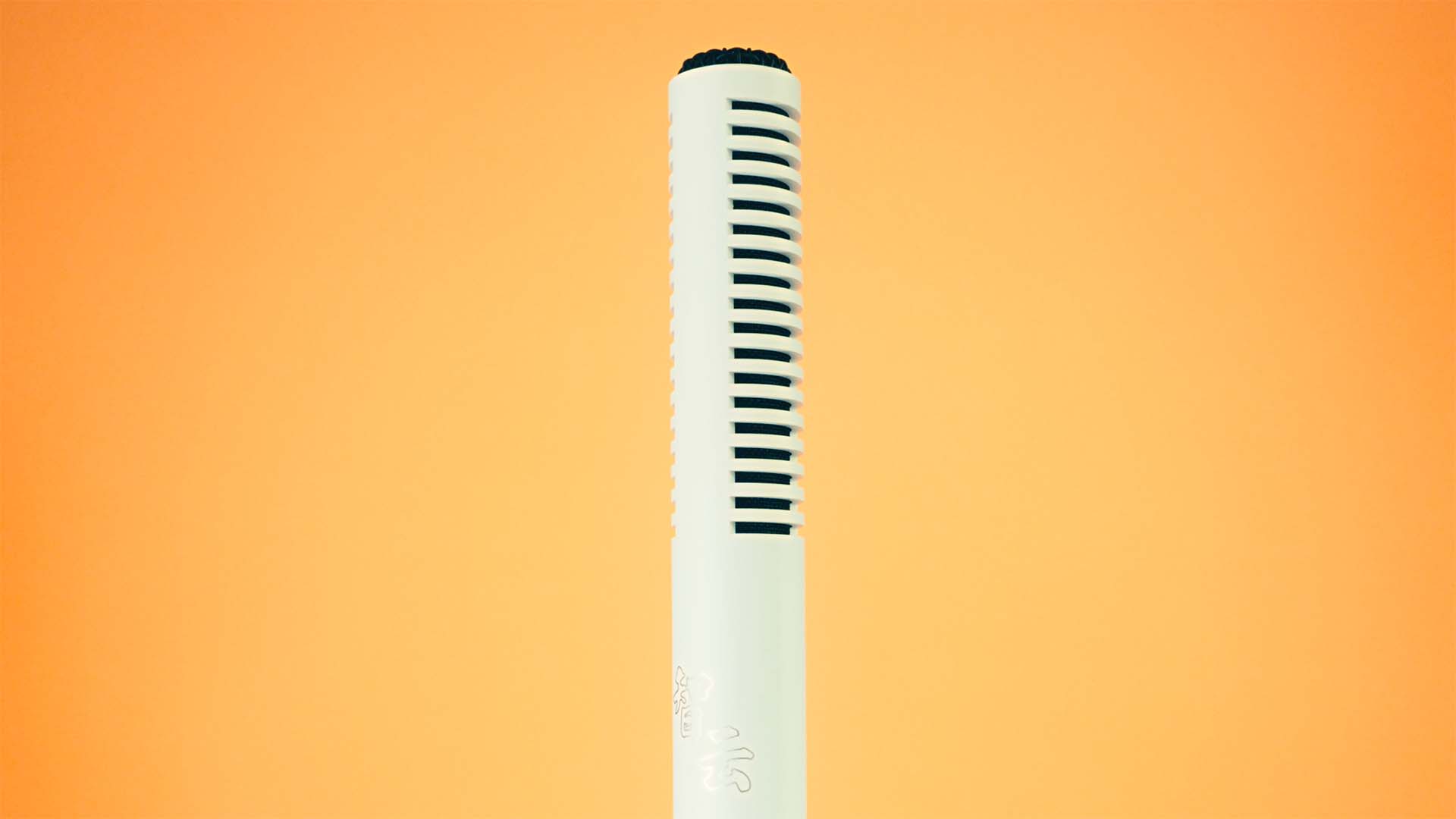 The mic supplied with the Crane M3 Pro package is surprisingly good!

In my opinion it did a great job of rejecting a lot of the resonance of the room I was in, making it a pretty good option for general use in a wide variety of circumstances. It perhaps lacks the 'body' that you'll get from more expensive mics, but it's nothing you can't dial in afterwards.

The unit is incredibly well built and has a decent amount of weight to it. It might not be a boom ops best friend due to this, but it definitely feels like it will last!

The gimbal market is now quite a crowded place, so it's pretty hard to come up with something new. It's also pretty difficult to find something new to say about them! Whether a gimbal is any good or not comes down to how practical it is, and how versatile it is, so with that in mind, is the Zhiyun Crane M3 any good?

At £649 (£369 for the standard kit), the Crane M3 Pro kit is not the cheapest, nor is it the priciest, but you do get a lot for your money. From a plus point of view. the M3's compactness makes it extremely portable, so it can easily fit into a small bag, even if you aren't using the supplied one. My only real reservation with it is that you need to be absolutely sure your camera will physically fit onto the base plate with enough clearance on the side to make mounting possible, as well as to ensure that any lens combination you use will work.

Zhiyun has a compatibility list on its website showing possible camera/lens combinations, and it would appear to be a long one. But it's as well to double check.

In my opinion the Zhiyun Crane M3 will suit Vloggers with a lightweight camera setup, such as the Sony EV series. It's never great to push a gimbal to its limits, so I think you'll get the most out of using the M3 with a compact and lightweight camera, allowing you to stay mobile and keeping the kit very portable.

In all the Crane M3 is another high quality product from a well respected company. To find out more about the Crane M3, visit the Zhiyun website.