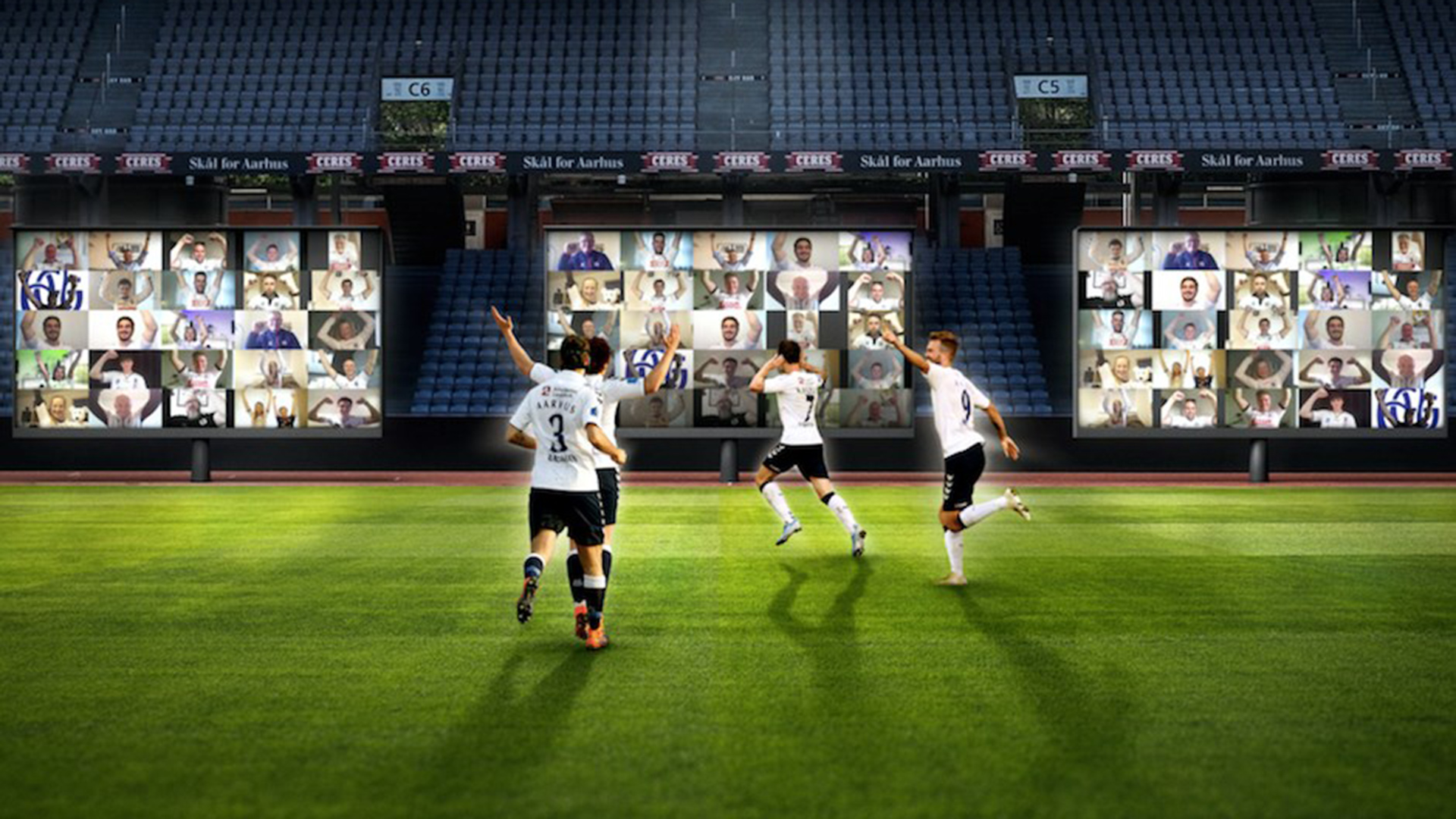 2 minute read
It might look odd, but you are going to have to get used to this! Image: AGF Aarhus.

It might look odd, but you are going to have to get used to this! Image: AGF Aarhus.

The technology, which will be put to work when the football season restarts today, lets fans watch the game, but it also shows their faces on a screen in the stadium and emits fans chants. It’s all in the name of creating an atmosphere in the stadium for the players to feed off.

Covid-19 has presented some very silly looking scenes as sports matches have been played behind closed doors. The sight of one participant trying to gee up an invisible crowd was a particular piece of silliness that stands out. However this new idea marries Zoom with video screens to create a ‘physical’ audience for the players to feed off. Although the silliness isn’t completely eliminated. There is still a section in the stadium for ‘away’ fans to virtually sit in for instance.

Now, although it does first appear to look like something out of a science fiction spoof, it is a reality that we will need to embrace now. Does this mean the end of physically attending events for all time? No, but if we have a second global wave of the virus the various sports organisations will be needing some way to carry on events as normal. People’s lives always come above money. But a global standstill cannot go on forever. The music industry in particular could be affected for a very long time, but technology like this could help get things back on track.

The technology will be used by Danish Superliga club AGF Aarhus. The idea stemmed from a Danish television show where viewers can join in a singalong with artists via a video link. It can surely be argued that anything that makes a better use of the technology than a TV show that makes you listen to the general public singing is a good thing. It’s also a much more productive idea than the sex dolls placed in seats by FC Seoul, or the cardboard cutouts that were tried by FC Midtjylland.

The virtual stadium is made up of three large screens, which combined make a display that is 40m x 2.8m, and they can cater for up to 200 fans at any one time. Bizarrely, fans get to choose from 22 different sections to ‘appear’ in. The screens are being placed on the opposite side of the pitch to the cameras, so it’s probably best to consult a makeup artist because you are pretty much guaranteed to make an appearance.

Fans themselves have apparently been giving very positive feedback to the idea. Another team, Randers, will have their own away stand in the stadium. The club says that it will be monitoring things so that any profanities or visuals you are not supposed to see don’t make it to the screen.

Welcome to the future.