Why there are benefits to keeping cameras simple 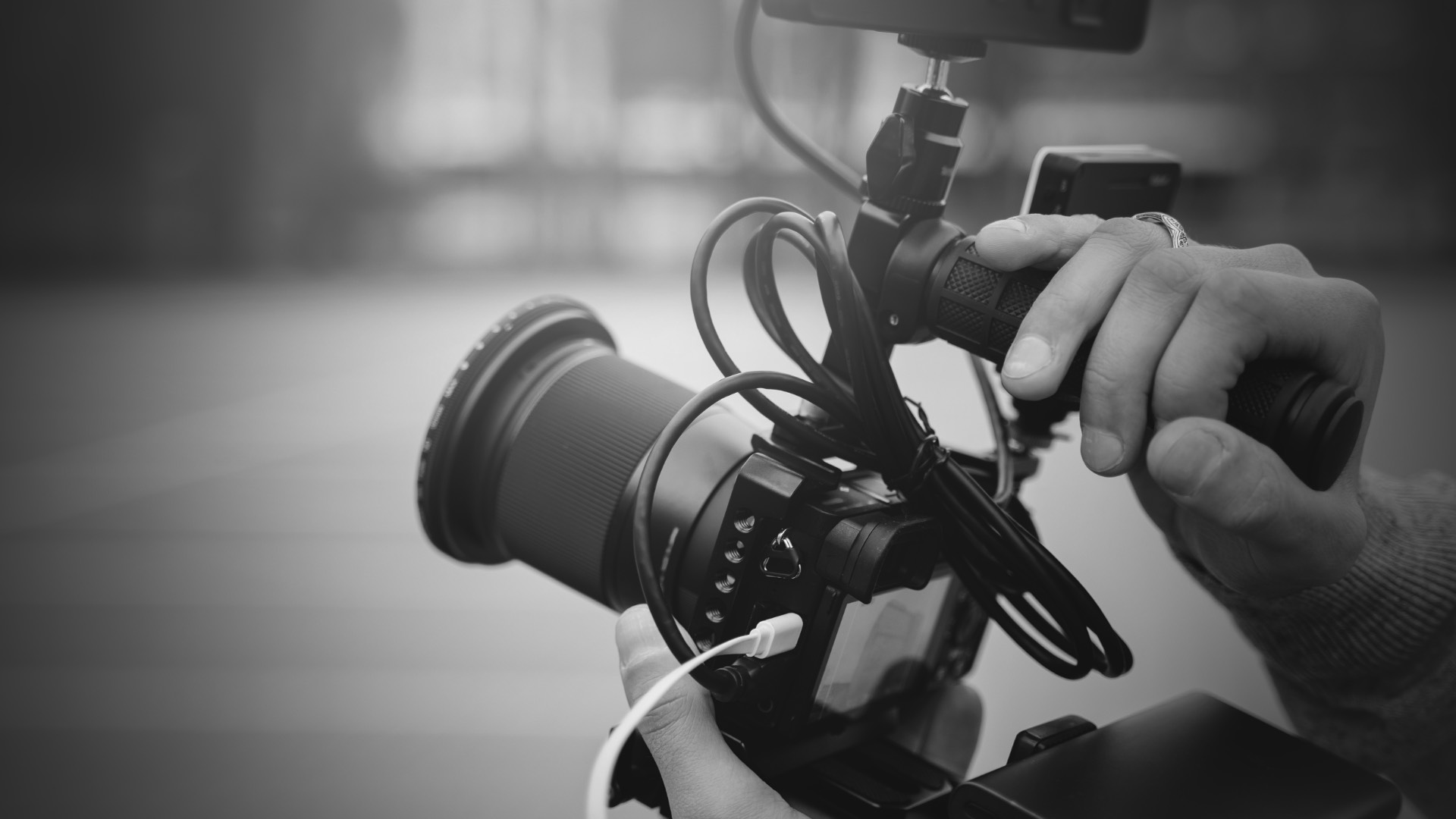 Bolt enough accessories on a camera and you can pretty much do anything with it - apart from lift it that is. Phil Rhodes on the benefits of simplicity.

Some of the most encouraging technological progress of the last few years has involved the broadening of access to the sort of workflows typical of classic single-camera film and TV drama. The word “democratisation” is overused, but we’ve recently seen some very acceptable, very affordable alternatives to the big names in fields like monitoring, wireless video, remote focus control, timecode, radio mics, and all of the other things that make it hard to identify cameras in the making-of material.

It’s no secret why this sort of accessorisation happens, even at the low end. It’s almost redundant to point out that many modern mirrorless cameras could be used to shoot major motion pictures without significant compromise, and we don’t even have to invoke soft targets like the Sony F900, which was used on several profitable features, as a comparison. Something like a Panasonic S1H has more than ample imaging performance, give or take rolling shutter, to challenge some of the best, and it has decently robust onboard codecs.

The question is whether the pile-of-gear approach is going to continue being a smart way to work. ARRI has produced Alexas with an enormous amount of things built in, which suggests that the high end accepts that modularity does not always beat integration. It wouldn’t be a great surprise to discover that a built-in focus receiver is likely to have fewer reliability problems than one comprised of a nest of boxes and cables, as well as taking less time to set up.

Even if we overlook all that, those kinds of accessories invariably need a specific individual to look after them, and no matter how inexpensive the radio focus handset is, the person holding it (and their transportation and lunch) will cost a lot more over time. Whether some of those people can be replaced by, automatic systems is an imponderable that the industry is currently pondering, although the answer for focus is currently “sometimes,” with signs of moving gently toward “probably, mostly, eventually.”

Less thoroughbred productions might not agree. Burying a lightweight camera under a pile of accessories risks creating a monstrosity embodying the worst of both worlds: bulky, awkward, expensive and demanding of crew, but lacking the benefits of reliability and integration. In this context, all those affordable accessories start to look like something to consider more carefully. The highest end cameras can absolutely become a disaster of velcro and cables, but then there was never much chance of a Venice 2 riding on a small consumer drone in the first place.

A production doesn’t need to be a super low-end operation that’s planning to shoot on the sly and steal locations to make lightweight useful. As so often, the most helpful solution doesn’t involve the low end aping the equipment of the high end, but taking influence from its technique. Take a gimbal, for instance. Much-maligned as a tool of the cinematographic parvenu, gimbals are often discussed as a replacement for Steadicam (which is partially valid), and frequently used to execute the sort of long, single-take exploration of a scene which was once the preserve of big budget productions.

That’s fine, where there’s a reason for it, but it creates a difficult and expensive situation for locations, production design and lighting people, just as those long Steadicam walk-and-talks on big American TV shows tend to require a spectacular standing set. Better to use that gimbal to replace track and dolly to put some parallax into a simple linear establishing track, avoiding the need to get complicated permissions just to lay tracking rail in the street. That’s smart. That’s a good use of lightweight equipment.

The move towards integration

In the end this might end up being a problem that’s solved by integration, though not in the same way as building a follow focus receiver into an Alexa. Even the most affordable cameras are beginning to seek competitive advantage in the sort of features which might once have been a strap-on accessory. A trivial example is streaming video over computer networks, which can almost become a wireless monitoring option. Latency is an issue, as is the fact that many autofocus systems (for instance) don’t have the information to emulate traditional follow focus behaviour. It’s not there yet, but it’s fairly clear where this might go.

The sheer size of the market might is encouraging. Big-name cinema cameras are very often prestige project. The amount of development work that’s likely to go into (say) a mass-market stills camera, which we might expect to sell orders of magnitude more units, is vast by comparison. Canon, let’s be clear, never announced any intention to enter the market for high-end cameras, but if it hadn’t, its stills-derived autofocus technology might never have been adapted for film and TV - and that’s showing every likelihood of provoking big changes in how things are done.

The high end will cling to its traditional workflows, if only because it’s genuinely difficult to figure out what can be changed without compromising the results; that’s why the industry held out so long against digital - out of a sheer terror not of the technology itself, but of the unintended consequences of it. Still, as we enter what’s likely to be another year of low-cost, high-capability technology built for the world’s most ambitious YouTubers (but applicable to more or less anything, if you want), let’s consider the benefits of keeping things simple.