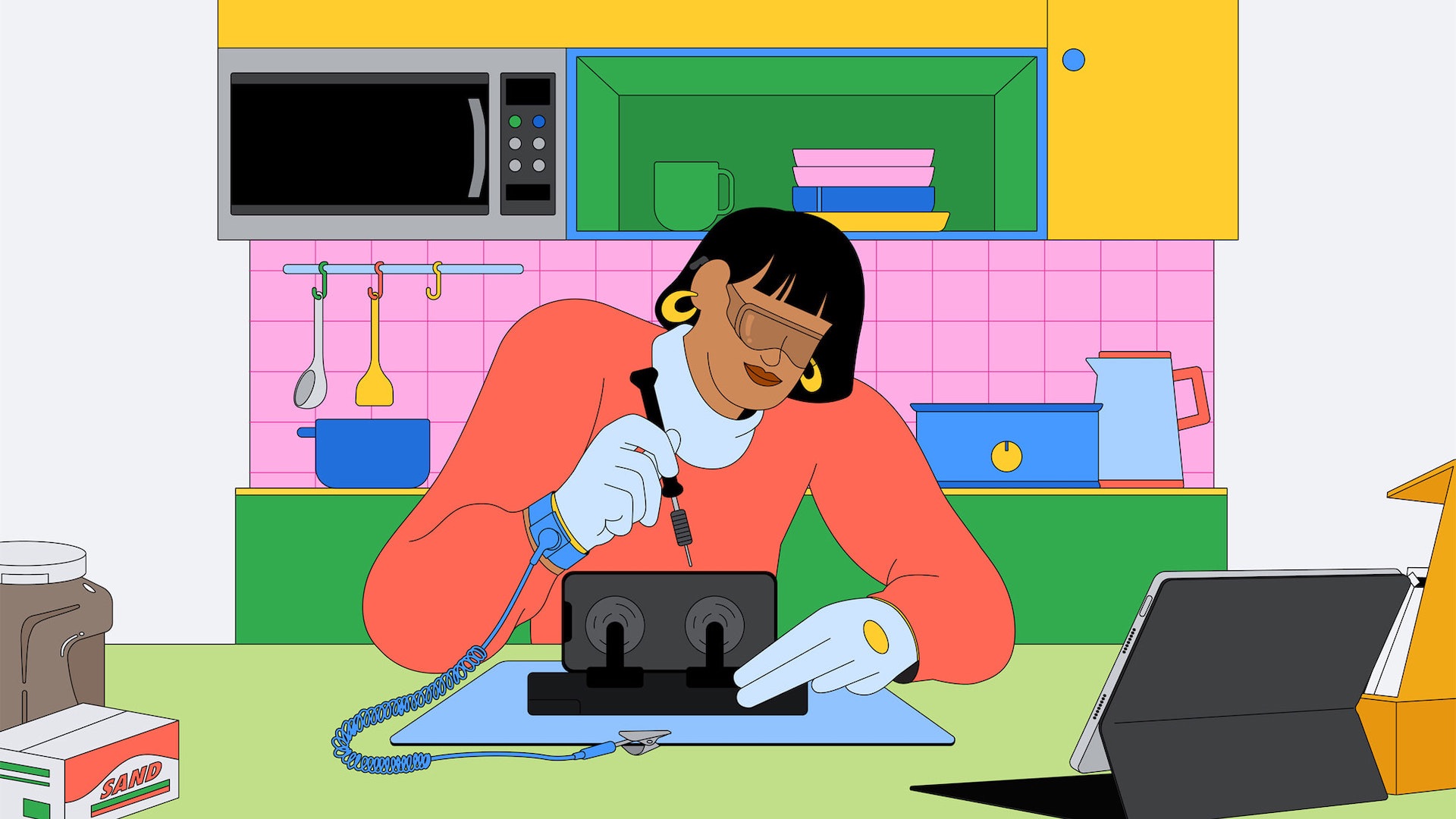 Over the course of my life I’ve owned a couple of MacMinis. Sometimes they just give the most bang for your buck, especially if you have the peripherals around to hook into them. Both were third generation Intel models, and when I bought the first one, a 2011 vintage, I quickly bought some third party memory to take it up to 16GB. So, when I upgraded and bought a 2014 model, I did the same: went with a median spec 8GB unit reasoning I’d swap some more memory in when the budget allowed.

This was a mistake. In between the two point release models, Apple had decided to solder the memory to the logic board and it was no longer upgradable, something I quickly found out when I flipped the unit over on unboxing and found a distinct lack of screw holes. Bugger.

Caveat emptor, and all that; buyer beware.

The fact that this sort of black box creation wasn’t an unusual move long before 2014, is what first led to the creation of the Maker Movement in 2006. Led by Make Magazine, and with Maker Faires peaking at as many as 200 worldwide each year pre-pandemic, it looks to prise open the closed systems that technology has a disturbing tendency to default to given half the chance. You only have to look at the popularity of ifixit’s teardowns to see that it’s an idea that has a lot of traction out there.

You don’t want to pop the hood of a car and be met by a ‘warranty void if tampered with sign’; you want to be able to get in there and check the oil, fiddle with the spark plugs, mess with the timing. But you want the choice. And moving the analogy on from automobiles to smartphones, when you are buying $1000 worth of technology it would be perhaps nice if you could at least change the battery yourself.

The standard thesis is that tech companies don’t want you to do that; they want to hook you into either their repair centres or an upgrade. Apple Stores have perhaps been at the forefront of all this in recent years too, so it was definitely surprising to see the recent announcement of its Self Service Repair initiative, which aims to give customers “who are comfortable with completing their own repairs” access to Apple genuine parts and tools.

Available initially for the iPhone 12 and iPhone 13 lineups, and soon to be followed by Mac computers featuring M1 chips, Self Service Repair will be available early next year in the US and expand to additional countries throughout 2022. Individual customers will then finally be able to join more than 5,000 Apple Authorized Service Providers (AASPs) and 2,800 Independent Repair Providers who have access to these parts, tools, and manuals.

“We realized that there were some people that wanted to this and that are trained to do this,” said Tim Cook, reported on MacRumors. “They're the Popular Mechanics crowd if you will, which I love and have been focused on my entire life. It feels good to put the manuals out there, and get the parts out there, that enables people to do this. Still, if you're not comfortable doing that, we encourage you to come in the Apple Store and get it done for you. That's still the best way, perhaps, for most people. But if you're a technician, then have at it, because you're able to do it yourself.”

The program will include an online store that will offer more than 200 individual parts and tools, the company says. In an internal memo obtained by MacRumors, Apple also said the store will be operated by an unspecified third party, Cupertino plans to share more details about the program as it approaches launch.

Are there wrinkles? Of course there are. First, repairs are very much going to concentrate, at least initially on the display, battery, or camera — which, to be fair, is pretty much where we are with the AASPs already.

Second, these parts are going to be expensive. An OEM iPhone 12 screen alone from iFixit currently costs $280. Genuine Apple parts could be even more expensive and there is always the entertaining possibility that you might bork the installation.

Third there is the strong suspicion that this isn’t altruism on Apple’s part at all but simply a bid to get ahead of regulatory action from the Federal Trade Commission in the US which is looking to take a tilt at what it refers to as unlawful repair restrictions. This is a big thing in the US at the moment and most of the 50 states proposed a right-to-repair bill in 2021. Only one, however, Massachusetts, has made it law. The minefield that this created is nicely illustrated by the fact that the Alliance for Automotive Innovation (General Motors, Fiat, Chrysler and others) then started a legal bid to block revisions to that state’s existing laws that would require expanded access to mechanical and electronic repair data, citing cyber-security and safety concerns.

But back to Apple. By limiting the scheme initially at least to the newest models, rolling it all out slowly in the US, and by engaging a third party to do it all for them, it has to be said it is hardly doing all that it can to embrace Maker culture. The idea that it is doing it a hair before it is told to do it seems a sound one.

All that aside though, it is a welcome initiative and, in the way of these things, even a half-hearted gesture might lead to some genuine change. Sustainability demands that we use less and repair more, even if we are not repairing things ourselves we can take them to local suppliers to do the job for us. I grew up in an apartment above an electrician’s shop in the 1970s that was full of TVs, vacuum and toasters that were sent there by the customers for repair rather than being taken to the tip and dumped. We need to get back to that way of thinking and a future iteration of that shop with benches full of Macs and iPhones would be a good start.