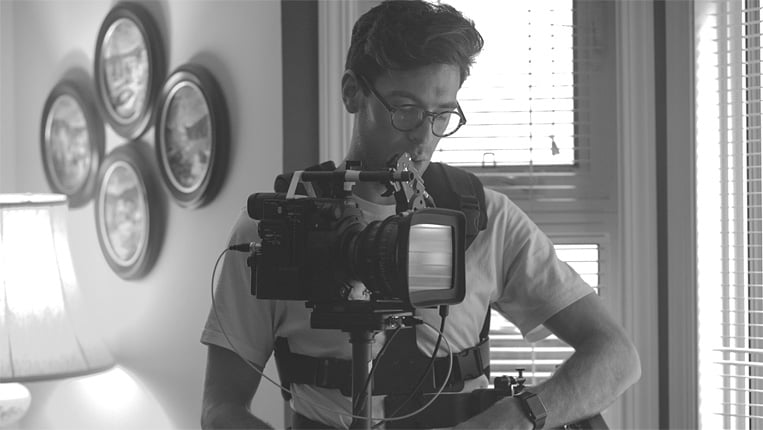 We all go crazy for big cinema cameras. But what happens when you want the same cinematic results with a small crew and equally small camera setup? Filmmakers Ryan Bouman and Michael Janke inspire us to start thinking differently after watching their film We, The Bereaved, shot on Canon C200.

Far too often we fall into stereotypical thinking that a cinematic style production requires a large camera with a large crew, extensive grip, and high budget.  But like all stereotypes, this thinking was broken by the production team of Ryan Bouman and Michael Janke who shot a short piece entitledWe The Bereaved last year using two Canon EOS C200 cameras.  The results were stunning both in storytelling as well as in visual imagery which was, well, truly cinematic.

The Canon C200 (you can win one over here!) boasts a Super35 CMOS sensor with up to 15 stops of dynamic range with Canon’s Dual Pixel CMOS Autofocus feature found in other cameras in the Cinema EOS line.  It can shoot up to 4K UHD and Full HD MP4 to SD cards as well as 4K DCI in Cinema RAW Light up to 4K 60p to CFast 2.0 cards.  It's EF mount allows a wide range of lens choices from still to dedicated cinema lenses.  Weighing only 3 pounds without lens it truly qualifies as a small camera yet, as Bouman and Janke already knew, the small camera packs some visual punch.

The first advantage they discovered was budget.  Both owned a C200 and knew the camera well.  It would greatly impact their budget if they would rent another cinema camera.  That money could now be allocated to support crew for more elaborate scenes.  The smaller cinema camera also eliminated the need for larger batteries and heavy duty grip, making their setups faster.  This would give them more focus on directing and getting the story right, while also being able to get more coverage in a day.

As they got into the shoot and began to look at the footage, they felt their choice was validated.  And in fact they began to realise there was significant benefit to be had in shooting with a smaller setup.  The crew of two had both cameras ready at all times.  Both were kitted with either Canon L series glass or CN-E primes and only the on-board Canon battery. 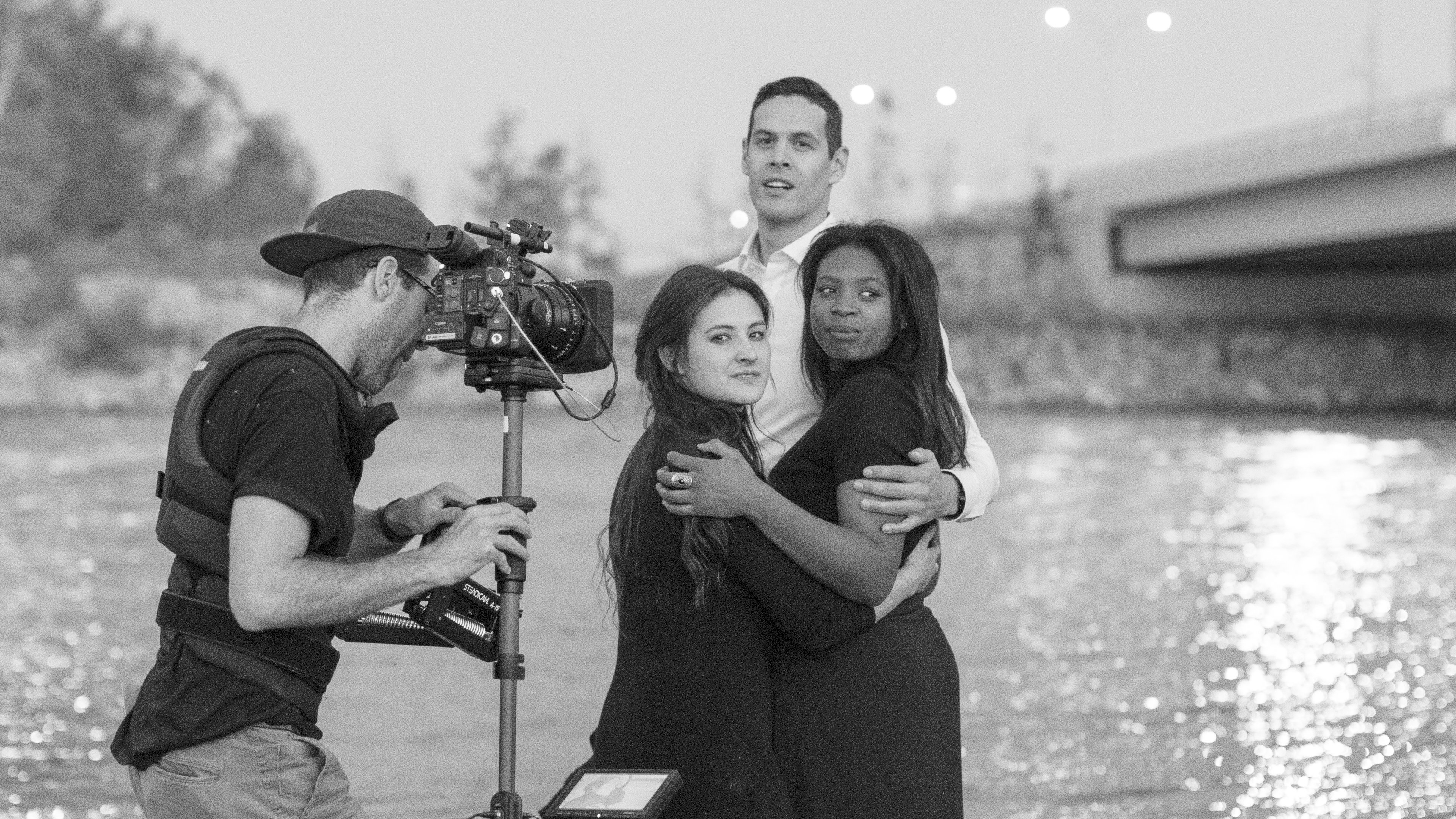 Michael Janke shooting on Steadicam with Canon C200 on We, The Bereaved

Experience has shown me that smaller cameras can be less intimidating for talent, particularly if dealing with less experienced actors.  In this case, working with children and often needing to come in close for shots, the C200 was an ideal size.

Despite its small size, they also discovered the autofocus was fast and spot on.  This has been a strength in general across recent Cinema EOS cameras, which explains in great part why Cinema EOS cameras have become ubiquitous in unscripted production.

But in this case, Bouman and Janke found that its small lightweight form factor combined with the fast accurate autofocus made the C200 so eminently suitable for this specific production.

Another surprise they discovered was battery life.  While they did not specify run times other than to say that they were blown away by battery life, anecdotal field reports place battery life at 2.5 hours up to close to 3 hours. 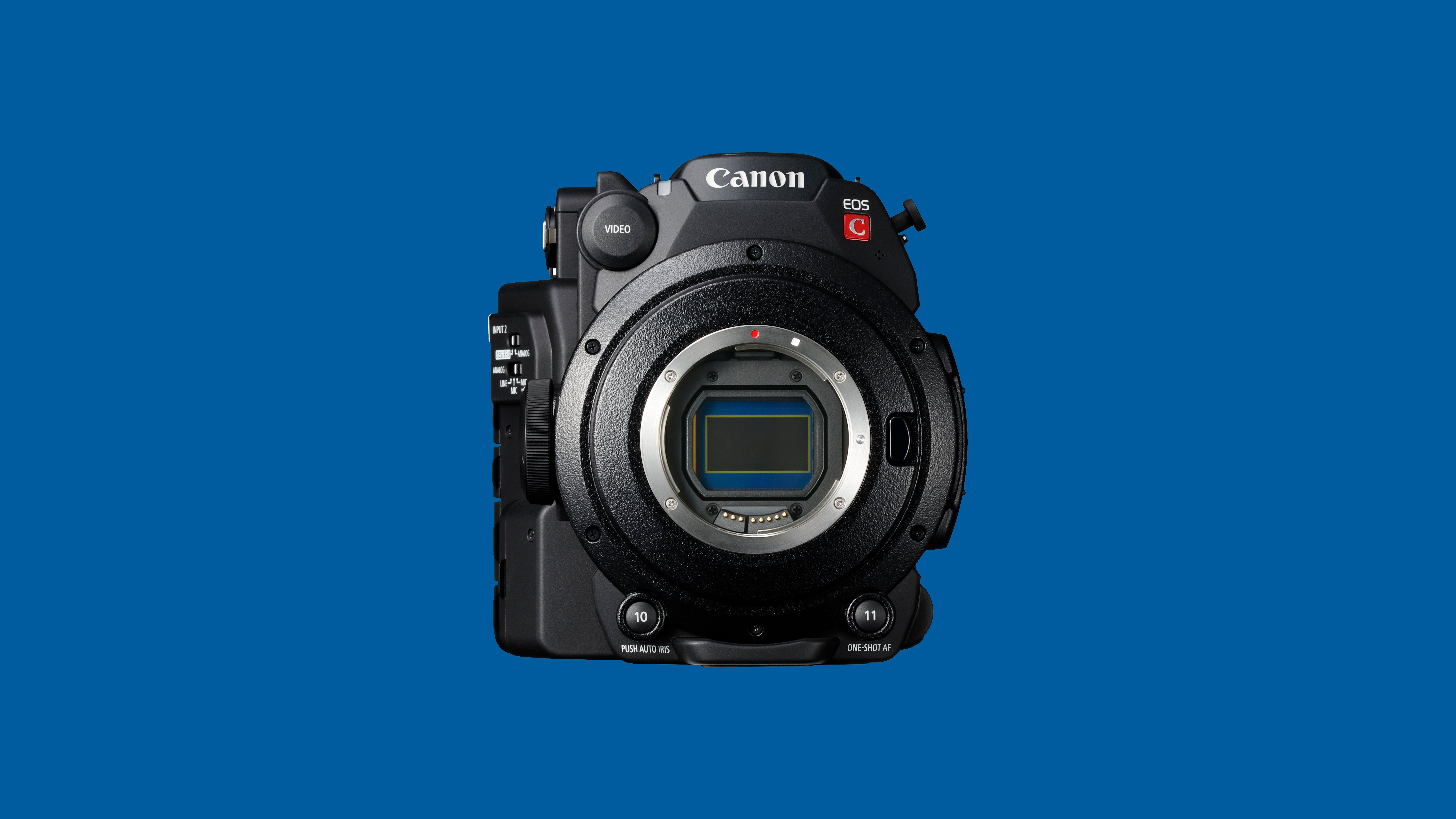 Another noteworthy feature of the C200 not used to shoot We The Bereaved but which is very much in vogue today is HDR capability.  Again noteworthy that it is not shooting HLG but the more gradable BT.2100 PQ.  The EVF with its View Assist feature provides a reference view “close enough” to PQ to allow for accurate exposure.  And in full HD mode, it can record up to 120fps.

At a suggested retail of under £6000 with the top handle and viewfinder, the C200 represents an interesting choice for smaller budget productions, run and gun unscripted TV, B or C camera to other Cinema EOS cameras as well as for corporate interviews and production.

Why then might a smaller camera be better? Because with smaller cameras with a feature set such as the EOS C200, quality of output combined with such a full feature set and both are facilitated by the convenience of a lightweight, highly portable and highly accessible camera.